Public Lands, Rivers, Wildlife   Canada lynx
#CORiver, #LivingRivers, #PressStatement, #ProtectWhatYouLove, #RethinkRivers, #StopExtinction
DENVER—To safeguard irreplaceable wetlands and imperiled species in the headwaters of the Colorado River, a coalition of conservation groups today warned the U.S. Forest Service and U.S. Fish and Wildlife Service that they will file a lawsuit in federal court if the agencies do not complete a comprehensive analysis of the effects of the planned and permitted geotechnical investigation on the greenback cutthroat trout and Canada lynx.

The Forest Service issued a special use permit for the Whitney Creek Geotechnical project on March 22, 2021. The feasibility assessment is the first step by the Cities of Colorado Springs and Aurora to build another large dam and reservoir in the Homestake Valley in the White River National Forest for diversion out of the Colorado River Basin to the Front Range.

“Nature’s bank account is severely overdrawn due to climate change and unsustainable use,” said Jen Pelz, the Wild Rivers Program Director at WildEarth Guardians. “The solution is not to build a bigger bank, but to conserve water, protect land and wildlife, and start living within the river’s means.”

The letter sent by WildEarth Guardians, Colorado Headwaters, Holy Cross Wilderness Defense Fund, Save the Colorado, the Colorado Chapter of the Sierra Club, and Wilderness Workshop details how the agencies failed to consider the effects of the investigative drilling, as well as the forthcoming dam and reservoir project, on listed species in violation of the Endangered Species Act. Listed species identified that exist in or downstream of the project include the threatened Canada lynx, Greenback cutthroat trout, and Ute Ladies’-tresses orchid, and the endangered bonytail chub, Colorado pikeminnow, humpback chub, and razorback sucker.

“After reviewing the record it’s clear that the U.S. Forest Service and the U.S. Fish & Wildlife Service failed to comply with the Endangered Species Act. The real impacts to listed species, including lynx and cutthroat trout, haven’t been adequately considered or disclosed,” said Peter Hart, Staff Attorney at Wilderness Workshop. “Today’s letter puts the agencies on notice of the violations we’ve identified; they now have 60 days to respond. If the issues we’ve raised remain unresolved, we could pursue a legal challenge in federal court.”

In addition to the harm to imperiled species detailed in the notice letter, the investigative drilling proposed along Homestake Creek in Eagle County, Colorado could drain and destroy valuable wetlands. Further, the exploration will lay the foundation for a destructive reservoir that would inundate hundreds of acres in the Holy Cross Wilderness Area while stealing more water from the Colorado River to the thirsty front range for use by the Cities of Colorado Springs and Aurora.

The groups urge the Forest Service and the Fish and Wildlife Service to conduct a comprehensive analysis of the effects of the geotechnical investigation and related activities on threatened and endangered species as required by the Endangered Species Act before any investigatory drilling or other activities are undertaken in the Homestake Valley. If the agencies fail to do so, the groups will file a lawsuit in federal court after the 60-day notice period is complete.

“Colorado has not seen a transmountain diversion in 45 years. With climate change and the Colorado River losing 1% of flows each year, the Aurora and Colorado Springs’ Homestake project will never be built,” said Jerry Mallett, President of Colorado Headwaters

“It is unfortunate that the U.S. Forest Service has chosen to facilitate the construction of a dam near a wilderness area in order to transfer yet more water from the West Slope to cities in the Front Range. The proposed dam and reservoir would drown wetlands and riparian habitat, which are naturally rare in the arid west comprising just 2 percent of the landscape,” explained Ramesh Bhatt, Chair, Conservation Committee of the Colorado Sierra Club. “Despite their rarity, wetland ecosystems are needed by greater than 80 percent of our native wildlife during some phase of their life cycle. Building this dam would be another devastating blow to Colorado’s biodiversity, which is already in crisis. This action by the Forest Service is not only contrary to its mandate to protect natural areas but is also illegal because the Service chose to cut corners to make its decision.”

“The proposed Whitney Creek project starting with destructive drilling of the irreplaceable Homestake Creek wetlands is an environmental atrocity and must be abandoned. The permit for drilling must be revoked. It is premised on several fallacies: that it will not damage the wetlands, that it will determine that there is no geologic reason not to build the proposed Whitney Creek Reservoir, and that the reservoir will be built. None of these things are true,” said Warren M. Hern, Chairman, of Holy Cross Wilderness Defense Fund. “The permit assumes that Congress will approve a loss of 500 acres from the Holy Cross Wilderness, which we will oppose, which the public will oppose, and which will not be approved by the Congress.  Aside from irrevocable destruction of the Homestake Creek wetlands at and downstream from the proposed reservoir, the proposed reservoir is placed over a major geological fault, the Rio Grande Rift, which is a tectonic divergent plate boundary. Placing a reservoir at this site is pure madness and terminal stupidity. It would endanger the lives of those living downstream.  We will oppose it by every legal means available.” 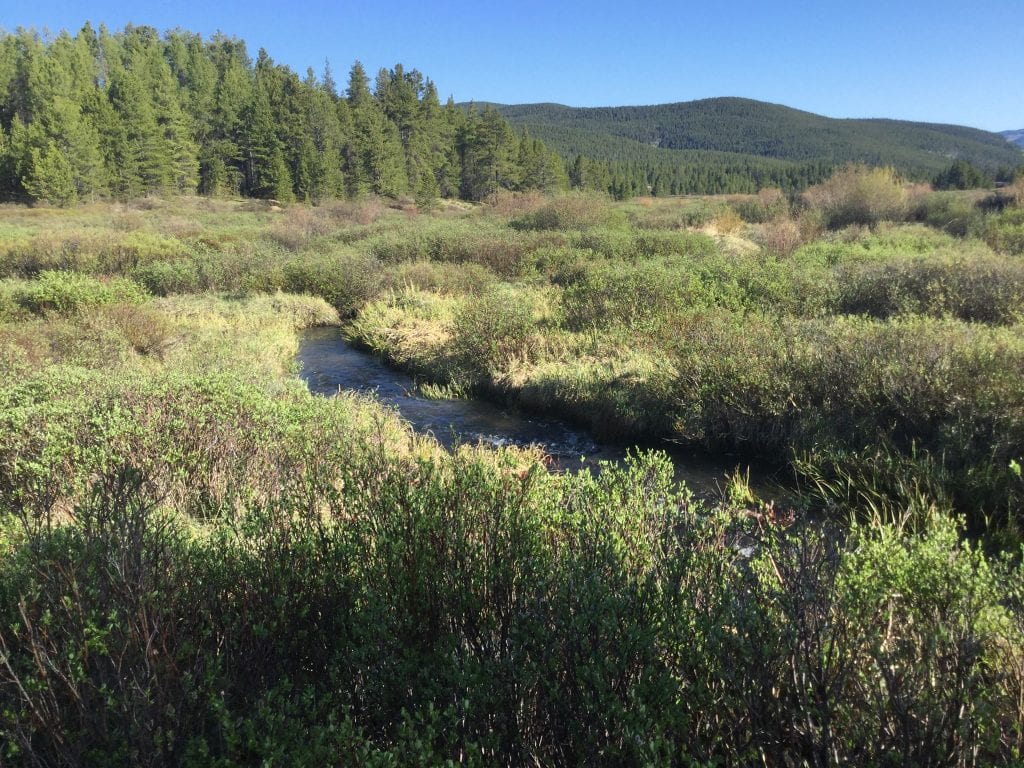