Attorneys with the Biden administration defended the Trump administration’s illegal drilling permits, even as President Biden and Interior Secretary Deb Haaland have embarked on the “Honoring Chaco Initiative,” a new collaborative process to address the need for landscape-level management reforms.

With Chaco Canyon in northwest New Mexico at its center, the Greater Chaco Landscape is held sacred by Indigenous Nations and Tribes throughout the Americas. For years now, the Greater Chaco region, its peoples, and its cultural fabric have experienced an onslaught of increased drilling and fracking for oil and gas in the region, negatively impacting public health, air, water, climate, and cultural resources.

In 2019, the 10th Circuit Court of Appeals ruled that the U.S. Bureau of Land Management had illegally approved drilling permits in the Greater Chaco region, failing to analyze the cumulative impacts of oil and gas activities. In spite of the ruling, the Trump administration upheld hundreds of drilling permits, authorizing oil and gas companies to drill and frack extensively in the region.

In response, Diné Citizens Against Ruining our Environment, WildEarth Guardians, San Juan Citizens Alliance, and the Sierra Club, represented by the Western Environmental Law Center, filed suit again to block the drilling permits. Today’s arguments centered around whether the Trump administration violated federal law and whether more than 370 drilling permits should be overturned.

Advancing their call for meaningful landscape protections, plaintiff groups will host a free screening at the Aztlan Theater at 6pm of Our Story: The Indigenous Led Fight to Protect Greater Chaco, an award-winning documentary that emerged from a long-standing collaboration between local Diné leaders in the Greater Chaco region, Pueblo organizers, and a small team of community-engaged media makers. The 47-minute film will be followed by a panel discussion with advocates from the Greater Chaco Coalition.

“Diné C.A.R.E. has stood by frontline Diné communities and allottees to demand the Bureau of Land Management do its job and take a hard look at cumulative impacts, gross environmental injustice, and crisis causing climate change,” said Mario Atencio, Greater Chaco Energy Organizer, with Diné C.A.R.E. “Today’s 10th Circuit hearing shows the courageous lengths frontline Diné communities, and their staunch allies, will go to advocate for environmental justice. This case is about how the Bureau of Land Management, in the face of immediate, and continuing, protest by Diné communities, continues to embrace Trump-era decisions to allow fracking in Indigenous communities and thus, desecrating the sacred Greater Chaco Landscape, poisoning land, air, and water.”

“For too long the Bureau of Land Management has prioritized the extraction of oil and gas at the expense of the people and communities who have called Greater Chaco home for millenia,” said Kyle Tisdel, senior attorney and Climate & Energy Program director with Western Environmental Law Center. “Frontline Diné communities and their allies continue to demand justice, and that their water, health, and the climate stop being sacrificed to Big Oil profits.”

“While we were hopeful the Biden administration would deliver on its promise to prioritize environmental justice and confront the climate crisis, this hasn’t quite played out in the Greater Chaco region,” said Samantha Ruscavage-Barz, WildEarth Guardians’ legal director. “Although the Honoring Chaco Initiative is a major step in the right direction, the administration seems to be spending most of its time and resources defending more giveaways to the oil and gas industry.”

“It’s unfortunate that while promises have been made to honor Chaco, the Department of the Interior and Bureau of Land Management continue to operate business as usual,” said Miya King-Flaherty, Sierra Club Rio Grande Chapter’s organizing representative. “The BLM’s continued disengagement with the public’s concerns and community health impacts from fracking in the Greater Chaco region is shameful, and it’s deeply disappointing that the Biden administration is defending the decision to approve hundreds of unlawful drilling permits.”

“This case represents agency failures to look at the cumulative impacts of oil and gas drilling in a landscape identified as the center of the Honoring Chaco Initiative,” said Mike Eisenfeld, Energy and Climate Program Manager, at the San Juan Citizens Alliance.

A 4K UHD B-roll package of the Greater Chaco Region is available here.

Click here for more background information, including a link to an action alert. 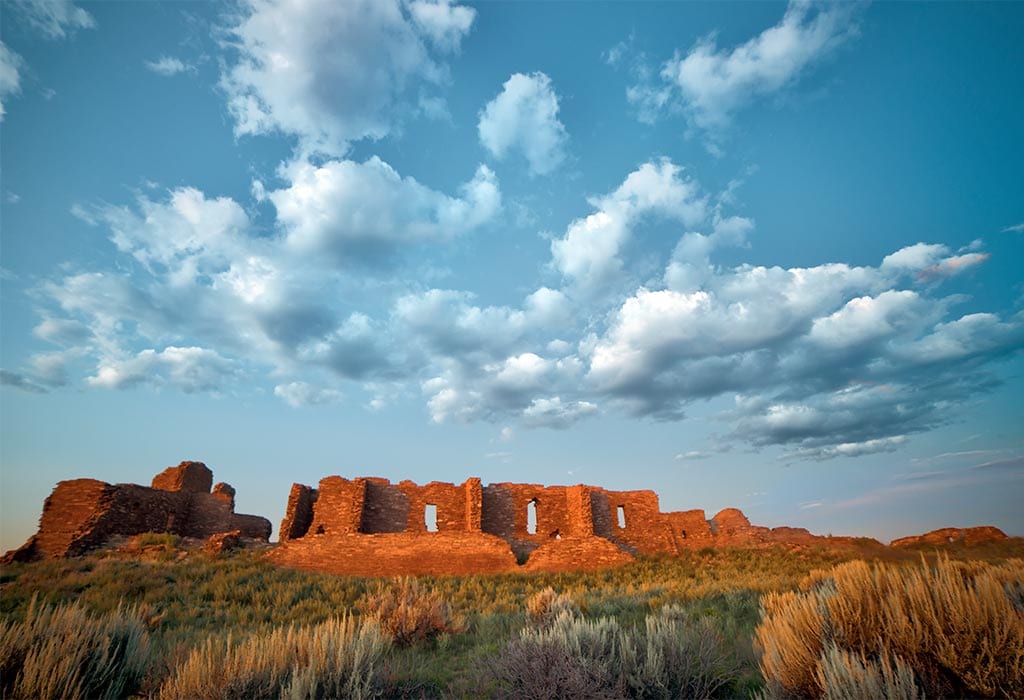