The imperiled bird’s three-year running average count has hit a historic low, with fewer than 1,600 birds remaining in 2020

“The only way to save Gunnison sage-grouse is to immediately suspend further degradation of their habitat,” said Erik Molvar, a wildlife biologist and executive director with Western Watersheds Project. “This means stopping livestock use of Gunnison sage-grouse habitat and denying requests for new housing developments. New oil and gas permits must be denied. Anything less turns us all into accomplices to extinction.”

“This is devastating news for the Gunnison sage-grouse, but no one should be shocked,” said Clait Braun, Colorado Parks and Wildlife’s former Avian Program Manager, who discovered the Gunnison sage-grouse was a separate species in the late 1990s. “Despite the clear downward trend in recent years, Colorado and the U.S. Fish and Wildlife Service have yet to develop robust or meaningful protections for the species. Protecting the species has to be more than a paper exercise justifying business as usual.”

In the latest survey, 86% of all remaining sage-grouse were counted in the Gunnison Basin subpopulation. However, despite the fate of the species hinging on the survival of this key subpopulation, livestock grazing and housing development continue unchecked, and so-called Gunnison sage-grouse protections have proven ineffective at arresting population declines.

“Clearly the status quo here is devastating these iconic birds,” said Ryan Shannon, staff attorney at the Center for Biological Diversity. “If we’re to have any hope of saving this species, land managers on both the federal and state level have to stop relying on outdated, ineffective management plans. They need to take immediate action to protect the few surviving grouse.”

“We’re watching Gunnison sage-grouse go extinct in real time,” said Taylor Jones, endangered species advocate with Wildearth Guardians. “But Colorado is losing something more than just this iconic bird. It is losing ecosystem resilience, habitat stability, and a suite of other values that cannot be recovered.” 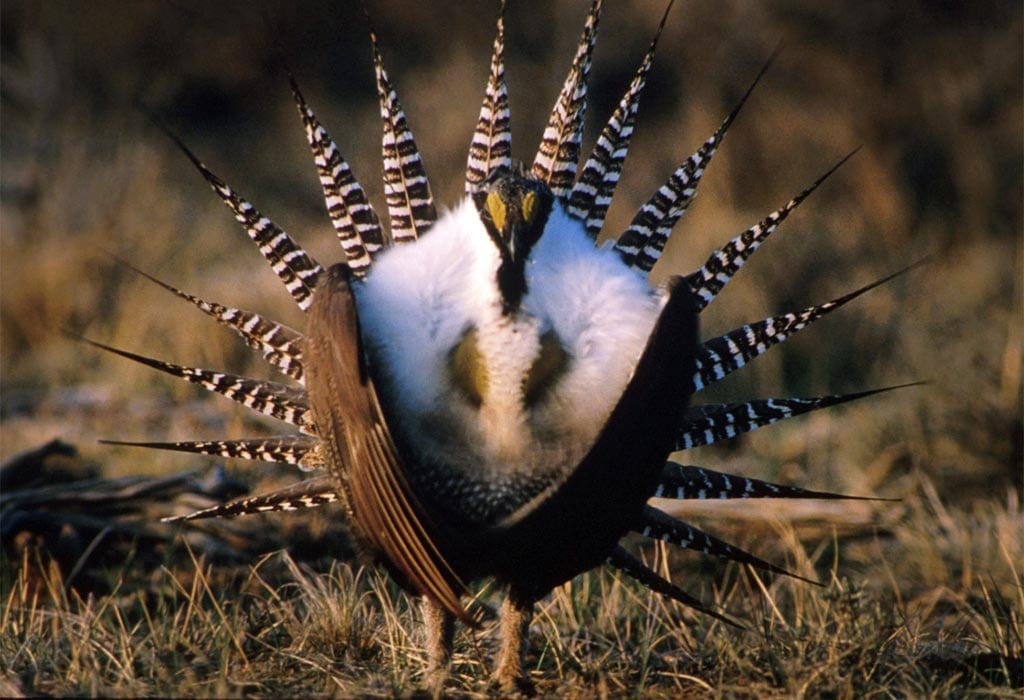