SILVER CITY, NM—Today, the U.S. Fish and Wildlife Service announced that at least 186 Mexican wolves are known to be living in the wilds of southwestern New Mexico and southeastern Arizona. The annual count shows an increase of 23 wolves since last year’s count, but conservationists urge caution in equating increasing numbers of wolves with adequate progress towards recovery. Wildlife advocates warn that full recovery is still impeded by serious barriers that need to be overcome if lobos are ever to inhabit their historical range in a meaningful way.

“The number going up is good news and something to celebrate. But in some ways, it’s not the be-all and end-all in terms of recovery prospects,” said Chris Smith, southern Rockies wildlife advocate for WildEarth Guardians. “The wild population of wolves still faces a genetic crisis that can only be remedied by a real recovery effort by the U.S. Fish and Wildlife Service. They need to release adult wolves and they need to create policies that are based on science, not the anti-wildlife stance of the Trump administration.”

The best available science indicates that recovery of Mexican wolves would mean at least 750 total wolves in three distinct but connected sub-populations: one in the southern Rockies, one near the Grand Canyon, and one in the Greater Gila Bioregion where lobos now roam. The current, small population in Mexico may be helpful to recovery but cannot be the basis of recovery in the U.S. Furthermore, Trump’s border wall has dramatically decreased connectivity between lobos in Mexico and those in the U.S.

“One of the greatest challenges lobos face as they reestablish themselves across their historic range is a checkerboard of land uses, particularly on public lands,” said Madeleine Carey, greater Gila guardian for WildEarth Guardians. “Right now, we have too many acres of public land where wolves can be, and are being, shot or trapped, largely for social or political reasons. If we want to recover the lobo, we have to get to a place where we have large core habitat areas where it is always safe to be a wolf, and we have to connect those areas with protected corridors.”

If Mexican wolves are actually recovered in the southwest, the ecological and economic benefits could be profound. Apex carnivores can balance ecosystems, prompt wildlife and plant diversity, and benefit water resources. In areas where wolf-based tourism has been developed and promoted, wolves have been a major economic boon for rural communities.

Currently, the U.S. Fish and Wildlife Services is finalizing a court-ordered remand of their Mexican wolf management plan. WildEarth Guardians and other organizations successfully sued the Service for the prior iteration of the plan. The latest draft plan, produced under the Trump administration, is concerning for wildlife advocates who claim that it is woefully inadequate to recover wolves and susceptible to further litigation.

Other impediments to Mexican wolf recovery include private trapping on public lands in New Mexico where wolves live, a high number of human-caused mortalities, and a lack of proactive coexistence among some public lands ranchers in wolf country. 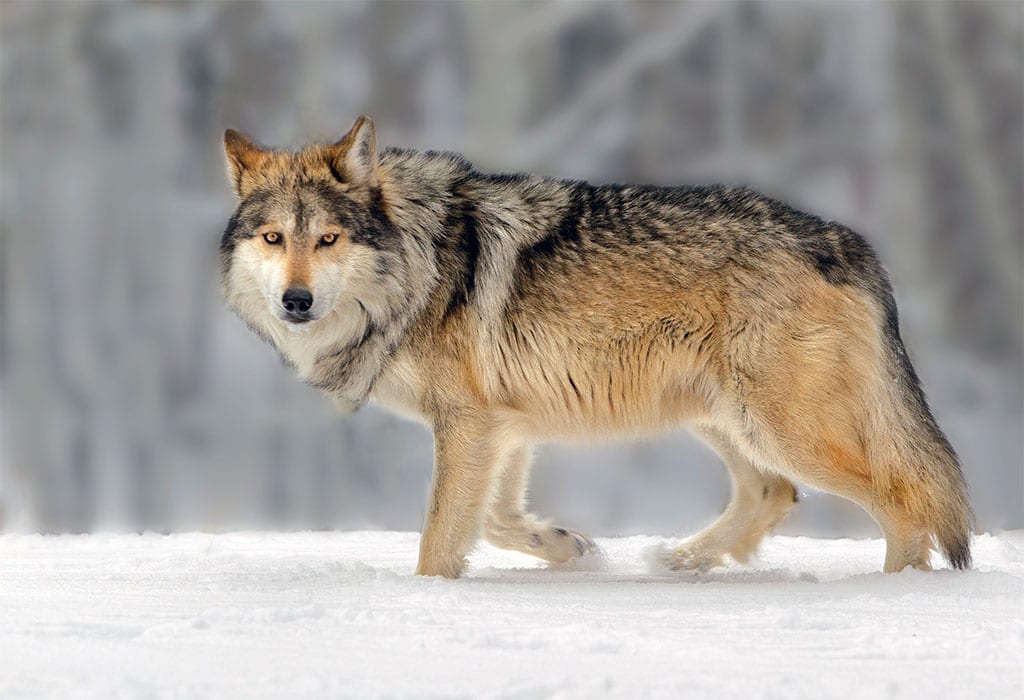