Rivers
On January 12, a coalition of seven organizations released a letter seeking an investigation by the Office of Inspector General of the U.S. Department of Agriculture to determine whether federal law has been violated in the permitting for the proposed Cove Dam, upstream of Zion National Park on the East Fork of the Virgin River in southern Utah.

Proponents of the dam claimed the project was for agriculture, allowing these Utah water agencies to access $22 million in federal funding from the U.S. Department of Agriculture. But the agricultural land was exaggerated in total acreage and most of the land identified in the permit documents are municipal subdivisions, public schools, and include the site of a new LDS Temple under construction.

If the project purpose was identified as being for these urban water uses, no more than $8-10 million in taxpayer funding could be accessed and all of it would have to be repaid with interest (instead of being a $22 million gift). The proponents are the Kane County Water District and the Washington County Water District.

The proposed dam and reservoir will impound water from the East Fork of the Virgin River, upstream of Utah’s prized Zion National Park. Two endangered species, the Woundfin and Virgin River Chub, are at risk of extinction.

“This project does the very thing that caused these fish to become imperiled in the first place – reducing historic dynamic and perennial flows in the Virgin River,” said Jen Pelz, the Wild Rivers Program Director at WildEarth Guardians. “Let’s be clear, this project will only move the two imperiled Virgin River fish species further toward the brink of extinction.”

The letter to the Office of Inspector General has been signed by the following organizations: Utah Rivers Council, Center for Biological Diversity, WildEarth Guardians, Great Basin Water Network, Living Rivers Colorado Riverkeeper, Save the Colorado, and Glen Canyon Institute.

“The gamesmanship behind this use of taxpayer money is outrageous and merits a robust investigation as to the role Trump Administration staff and others inside Utah have played” said Zachary Frankel, Executive Director of the Utah Rivers Council. “It’s not okay to trick taxpayers into paying for things that government agencies have no intention of doing” said Frankel.

“Federal officials must not be hoodwinked. This proposal pays homage to water waste and slaps taxpayers, the Virgin River, and the agricultural community in the face. It’s flabbergasting that applicants will go to such extremes to get money when the easy and admirable solution of water conservation is readily available.” said Kyle Roerink, Executive Director of the Great Basin Water Network.

The proposed project area in Washington County is clearly municipal in nature, as is visible from google aerial images. Site visits were also conducted to acquire B Roll video and still pictures.

“The Colorado River and its tributaries are facing a tsunami of new dam and diversion projects, nearly two dozen in total, and this proposal on the Virgin River is as bad as it gets. We are delighted to lock arms with our comrades in Utah and fight to stop the Cove Reservoir proposal for as long as it takes.”  Gary Wockner, Director of Save The Colorado.

“The proposed Cove Reservoir project will become a bitter lamentation for the water managers and ratepayers of Kane County.” John Weisheit, Conservation Director of Living Rivers and Colorado Riverkeeper. 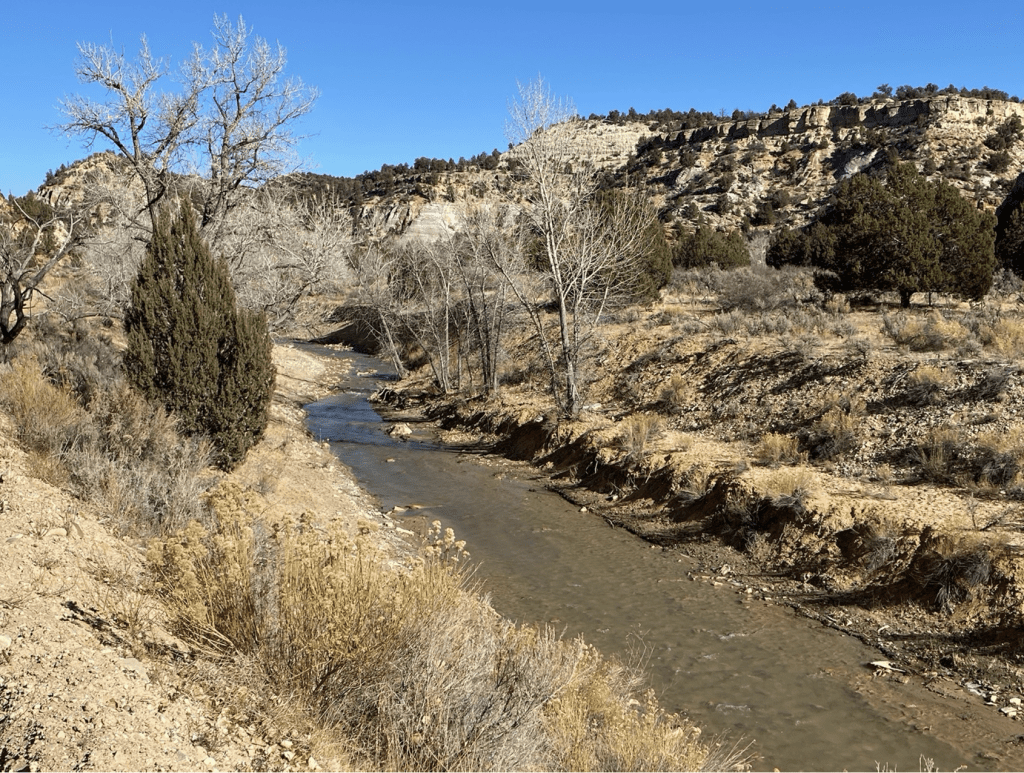 The East Fork of the Virgin River near the proposed Cove Reservoir dam. The area is just upstream of Zion National Park and the only designated Wild and Scenic River in Utah.