In a rebuke of the U.S. Office of Surface Mining, Judge Susan Watters found the agency illegally failed to disclose and account for the full impacts of expanding southeastern Montana’s Spring Creek mine, the largest in the state.

The ruling comes as the Biden administration has made climate action and transition from fossil fuels a priority of the federal government. On January 27, the president issued an executive order directing the Department of the Interior to review the federal coal program and take appropriate action to account for climate costs.

“This ruling highlights the urgent need for the federal government to put the brakes on more coal mining and reform its management to align with the need to confront the climate crisis,” said Jeremy Nichols, climate and energy program director for WildEarth Guardians. “Ultimately, this ruling is another potent reminder that we need to make just and equitable transition from fossil fuels reality in the U.S.”

The federal government oversees vast amounts of coal production in the U.S., mainly in the Powder River Basin of southeast Montana and northeast Wyoming. This coal is burned in hundreds of power plants across the country. A report by the U.S. Geological Survey shows federal coal production is linked to more than 15% of all U.S. greenhouse gas emissions.

The ruling also comes as the coal industry continues its precipitous decline. A report this week by the investment firm Morgan Stanley found coal will disappear completely from the U.S. power grid by 2033.

“There are more affordable and cleaner options for producing electricity, and there’s no justifiable reason to allow the coal industry, which is in a financial freefall, to continue expanding these incredibly destructive, polluting mines,” said Derf Johnson, staff attorney with the Montana Environmental Information Center. “We need to start creating an equitable, just transition to a clean energy economy, and develop a plan for fully reclaiming the old mine sites with good-paying, union jobs.”

The Spring Creek mine has been tied up in coal industry tumult for several years now. The mine’s previous owner, Cloud Peak Energy, went bankrupt in 2019. The mine was ultimately sold to the Navajo Transitional Energy Company, or NTEC, which has since laid off workers and faced uncertainty around its permits.

The Spring Creek mine strips and ships approximately 18 million tons annually. Virtually all this coal is burned to generate electricity, which produces huge amounts of air pollution, including 75,000 tons of acid rain-producing sulfur dioxide, 28,000 tons of ozone-forming nitrogen oxides, thousands of tons of asthma inducing particulate matter, and 500 pounds of toxic mercury.

Coal from Spring Creek is also linked to approximately 30 million tons of carbon pollution annually, equal to the amount released by more than 6.4 million cars.

The judge specifically found the agency flouted federal law by failing to address the impacts of trains hauling coal from the mine, the air pollution consequences of burning more coal from the mine, and the climate costs of greenhouse gas emissions that would result from more mining and burning. It’s the latest in a long series of court rulings to reject federal fossil fuel approvals.

“Courts have been clear, the federal government has to stop its coal boosterism, which is detached from reality. The truth is that coal is destroying our climate and killing and sickening great numbers of people, costing the public billions upon billions in harm each year,” said Shiloh Hernandez the attorney with the Western Environmental Law Center. “For the sake of all of us, the government needs to oversee a managed decline of this industry that protects public health, ensures full reclamation – funded by industry and not the public – and helps us justly and equitably transition to a sustainable clean energy future.” 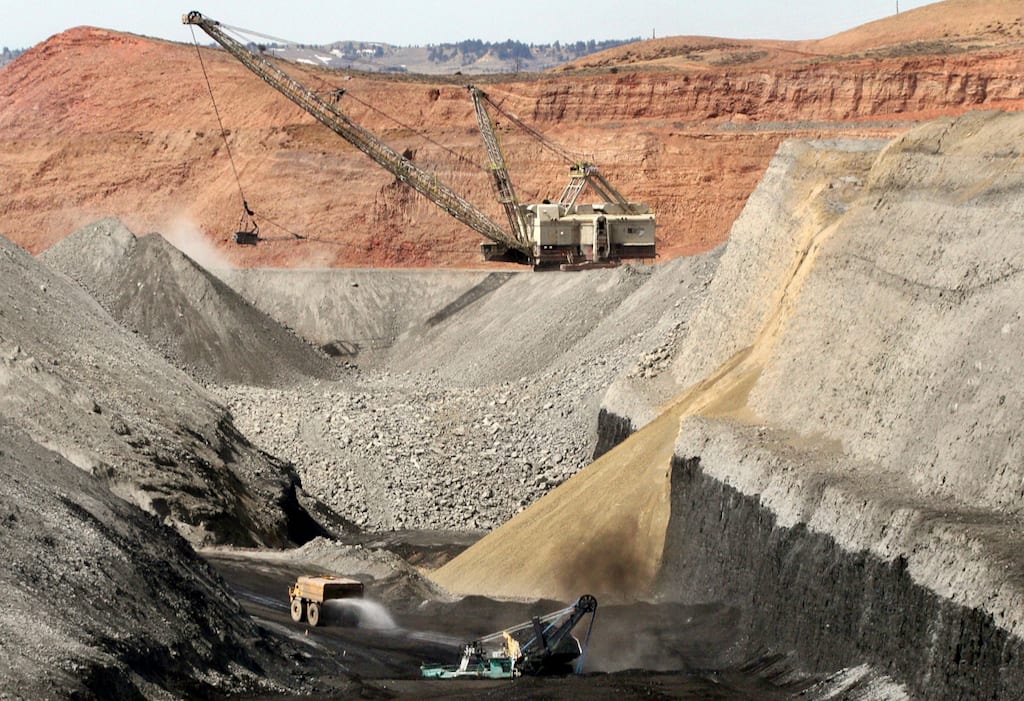