Groups call for the Commission to make rules to better protect Coloradans from ozone, air pollution, climate change, and to prevent increases in pollution in disproportionately impacted communities

Though it has been over three years since SB19-181 passed into law, the Commission has adopted only a handful of rules that address a small subset of local cumulative impacts such as dust, noise and light. The petitioners demand the COGCC make rules to address the regional and state cumulative impacts of ozone and climate change and to increase local protections against air pollutants, especially in disproportionately impacted communities.

This rulemaking petition from 350 Colorado, WildEarth Guardians, Womxn from the Mountain, Physicians for Social Responsibility Colorado, The Larimer Alliance, and Sierra Club of Colorado follows a May letter to which the Commission never replied. The May letter, submitted by 30 groups, had requested a more comprehensive analysis and report of cumulative impacts, including an expansion of the Commission’s cumulative impacts evaluations to include not only pollution from oil and gas operations, but pollution from other sources as well. Groups decided to take further action by formally requesting rules to address their concerns.

Many oil and gas operations occur in areas already heavily impacted by other pollution sources. For example, many existing and planned oil and gas projects are located in the Denver Metro-North Front Range ozone nonattainment area, where ozone pollution is caused cumulatively by many sources. Oil and gas contributes to this problem by emitting the most ozone precursor substances by far, yet the Commission has not yet considered rules for curtailing oil and gas activities in ozone nonattainment areas. Commission rules also do not require analysis to show whether proposed projects will put local air pollution above health-based standards.

“Climate change, caused cumulatively by sources around the globe, is an impact of oil and gas development that the public must be protected from,” said Heidi Leathwood, 350 Colorado Climate Policy Analyst. “In addition to being the top cause of ozone, oil and gas operations are one of the largest emitters of greenhouse gasses in our state, as shown by the 2021 Greenhouse Gas Pollution Inventory. As the 5th highest producer of oil and the 7th highest producer of gas in the top producing country in the world, Colorado’s contribution to global climate change is substantial compared to its small size. Yet the Commission has not considered rules to address the cumulative impact of climate change, despite Colorado’s ever-increasing climate change impacts.”

Multiple recent independent studies have found that the American West is currently experiencing a mega-drought that is the worst in the past 1,200 years and point to human-caused climate change as much of the cause. The warming in Western Colorado is more than double the national average, putting the area at even greater risk. Much of Colorado’s cumulative pollution puts an unjust burden on historically marginalized low-income communities and people of color, further amplifying the urgency to address the issue.

“Colorado’s production does not meaningfully change the price that Colorado consumers pay for fuel—it’s a global commodity with prices set by the balance of global demand and global production plus industry profiteering — but our bad air quality does cost Coloradans in health spending, in lost life and lost productivity,” said Kate Merlin, WildEarth Guardians’ Climate and Energy Program Attorney. “It hurts our tourism industry. It hurts our most vulnerable people: children and the elderly. It also hurts folks who work outside, like postal carriers, road crews, and farm and ranch workers.”

Proposed rules in the rulemaking petition submitted by groups include:

The environmental coalition is calling for the Commission to make rules to protect Coloradans from the oil and gas industry’s contribution to cumulative air pollution impacts, while prioritizing disproportionately impacted communities. The coalition acknowledges that there are many other cumulative impacts that will also need to be addressed. Members of the public can contact their local representatives, Governor Polis, and the COGCC to support these proposed rules to reduce dangerous pollution and protect their families and communities from these harmful impacts. 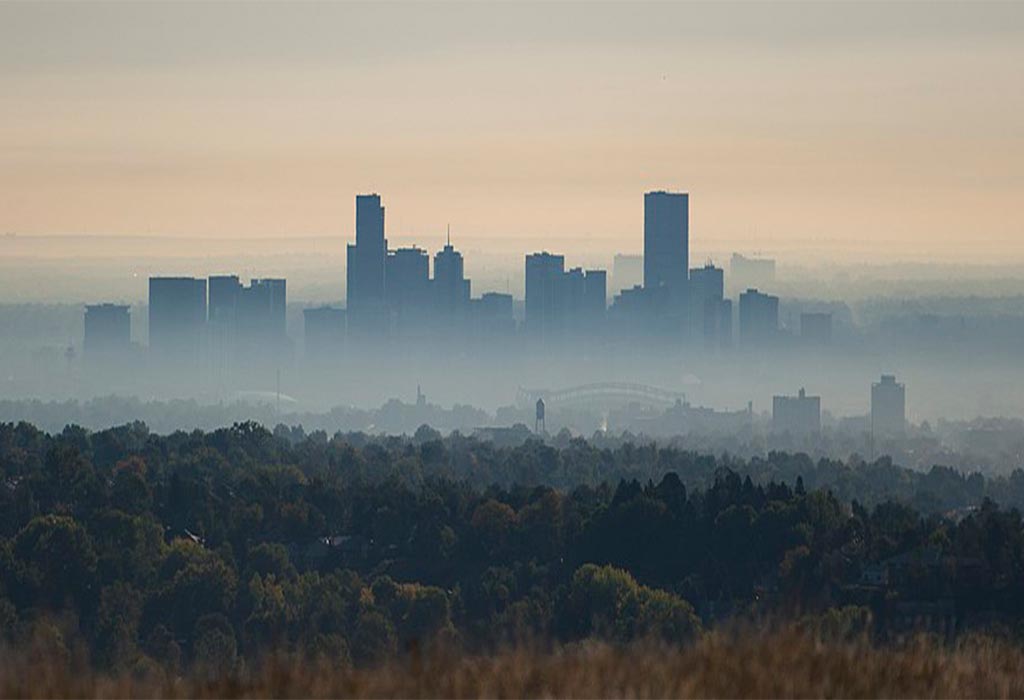 Smog in Denver, Colorado. Photo by U.S. Department of Energy.