Ambitious network of protected areas, with wolf and beaver restoration as a centerpiece, a sound strategy for restoring native ecosystems and wildlife diversity

Public Lands   Gray wolf
#EcosystemRestoration, #PressStatement, #Rewilding
HAILEY, IDAHO—Conservationists today hailed a new scientific study that identifies an ambitious network of protected areas, with wolf and beaver restoration as a centerpiece, as a sound strategy for restoring native ecosystems and wildlife diversity on western public lands. The benefits of this proposal would contribute significantly to stream restoration and help mitigate drought, wildfires, and climate change. The study uses scientific modeling to identify  eleven large-scale reserves, then identified connectivity habitats to allow the dispersal of native species among the Western Rewilding Network.

“This scientific blueprint for large landscape conservation, and its focus on retiring public land livestock operations and restoring wolves and beavers is a major call to action for policymakers in Congress and the administration,” said Erik Molvar, a wildlife biologist and Executive Director of Western Watersheds Project. “The ecological success of Yellowstone National Park shows that this combination restores biodiversity, and replicating this success across the West is an enterprise well worth our collective efforts.”

Of the 92 threatened and endangered species encompassed by the proposed rewilding network, the scientists analyzed U.S. Fish and Wildlife Service findings finding  that commercial uses of public lands were major contributors to species endangerment. Livestock grazing is the most common threat, imperiling 48% of the species, followed by mining (22%), logging (18%), and oil and gas drilling (11%).

“Rewilding can bring us real wolf recovery in the West – it’s no longer a pipe dream,” said Kristen Boyles, managing attorney at Earthjustice. “Climate change adds even more stress to wild places, and scientific visions like this show us a path toward rebuilding our natural heritage.”

Changing the management in the proposed reserve network will enable restoration of  these essential ecosystems including, importantly, drought mitigation. Specifically, the recommendations call for retiring  livestock grazing allotments, and restoring gray wolf and beaver populations.

“History has shown us that, over time, rewilding efforts, protection, and restraint can restore wounded landscapes,” said Maggie Howell, Executive Director of Wolf Conservation Center. “Letting beavers and wolves do their essential work is an effective way to unleash nature’s self-healing powers to reestablish vital ecological processes and make the land and its creatures resilient in a time of climatological stress.”

The study cites the restoration of streams and riparian systems, amelioration of altered fire regimes, and climate mitigation through increased carbon storage as collateral benefits of implementing the reserve design and its recommended protections. Aspen woodlands, which support an elevated diversity of native species – but are presently in decline – would be a key beneficiary of the plan.

“This study makes it crystal clear that it’s time to fully invite nature back to America’s public lands,” said Randi Spivak, Public Lands Program Director for the Center for Biological Diversity.  “If we are to succeed in conserving 30% of the nation’s lands and waters by 2030, the recommendations by these authors are necessary steps to saving life on earth”

The paper’s authors justified the prescription of significant changes in land and wildlife management in the reserves because “we believe that ultra ambitious action is required.” They cited drought, changing temperatures, massive fires, and biodiversity loss as key ecological crises facing western ecosystems.

The scientists consider this network a natural complement to a Sagebrush Sea conservation proposal, and found that the two networks, if fully implemented, could protect a combined 22% of western states. If strongly protected, these lands could be counted toward the 30% by 2030 goal articulated by the Biden administration under their ‘America the Beautiful’ initiative.

“This paper is a roadmap for the Biden administration to turn aspirational words about protecting 30% of U.S. land and water by 2030 into meaningful action,” said Sarah McMillan, Senior Adviser at WildEarth Guardians. “The colliding extinction crisis and the climate emergency demand bold action. With logging, mining, oil and gas drilling, and livestock grazing remaining a significant threat to federal public lands, we must stop this endless resource exploitation and start conserving, reconnecting, and restoring at a landscape scale. The ecological and economic benefits of the rewilding plan presented in this paper would be significant, and would accumulate over time, as riparian areas, clean water, and biodiversity are restored and climate change is mitigated through increased carbon storage.” 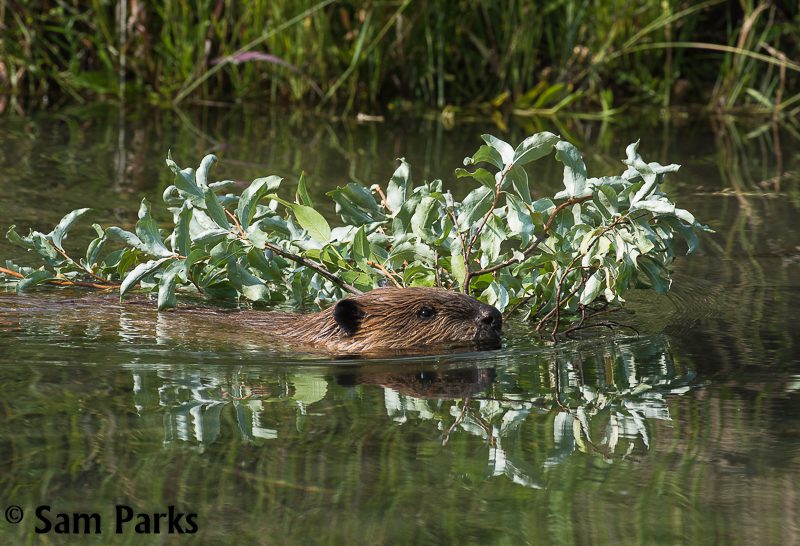