During extinction crisis, the agency desperately needs an accountable leader who recognizes the urgent need to reverse species extinctions

WASHINGTON, D.C.—Today, WildEarth Guardians joined the Center for Biological Diversity and over 50 other organizations from across the country urging President Biden to nominate a permanent director of the U.S. Fish and Wildlife Service (USFWS).

In today’s letter, the groups wrote President Biden expressing concern that his administration “has yet to officially nominate a permanent Director of the U.S. Fish and Wildlife Service after more than seven months in office. This critical position is responsible for overseeing an agency of approximately 8,000 people with the vital mission of protecting our nation’s endangered species and migratory birds, conserving and restoring wildlife habitat, and preserving the natural heritage of this nation for future generations.”

“As you may be aware, the Fish and Wildlife Service has long been plagued by political interference and bureaucratic inefficiencies that delay and hamper protections for species on the brink,” the groups’ wrote.

“Now more than ever, in the midst of compounding extinction and climate crises, the U.S. Fish and Wildlife Service needs a permanent director that is going to put protection of imperiled species first,” said Sarah McMillan, WildEarth Guardians’ conservation director based in Missoula, Montana. “Under Trump, the previous USFWS director and administration worked to slash holes in the safety net of the Endangered Species Act (ESA), gut critical habitat designations, and end protections for still-threatened species. America needs a new, permanent USFWS director to restore, protect, and defend the ESA.”

The groups’ letter also states that “as the United States and the world face an unprecedented wildlife extinction crisis of staggering proportions, the Service desperately needs an accountable leader who recognizes the urgent need to reverse species extinctions and help restore the United States as a leader in conservation.”

A copy of today’s letter, and list of groups signing on, can be found here. 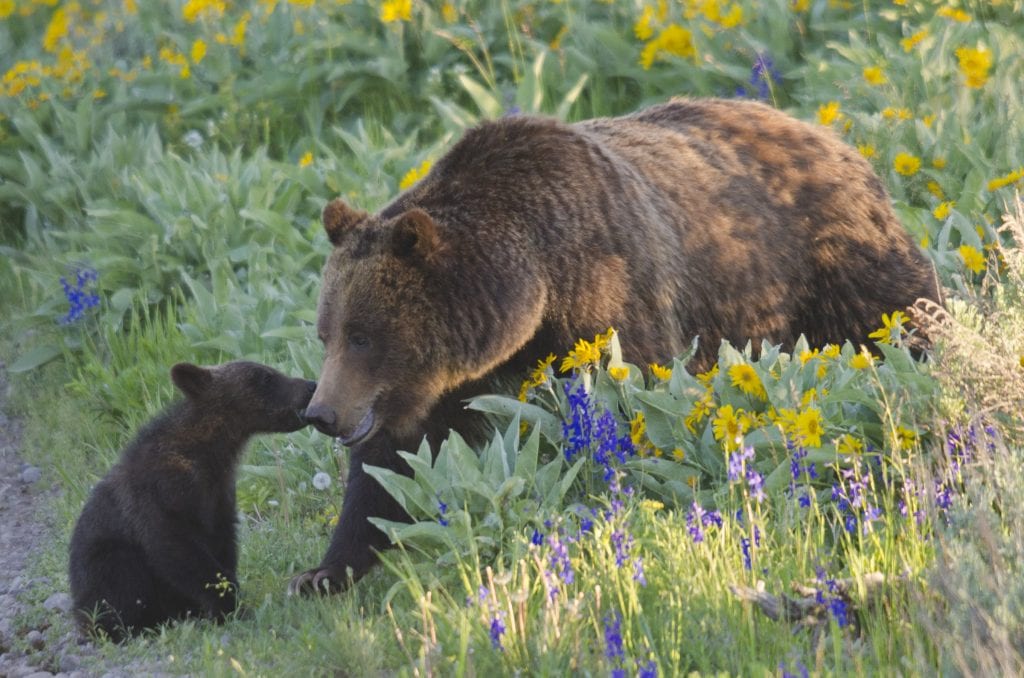 The grizzly bear in the lower-48 states is listed as threatened under the Endangered Species Act. Photo by Sam Parks.