The Valles Caldera was set aside as a National Preserve to protect its unique ecosystems, headwaters, and thriving elk herds. For years, cattle have illegally entered the VCNP from neighboring Forest Service grazing allotments, causing damage to streams, riparian areas, and important wildlife habitat. Despite public outcry from a spectrum of public land users, the Park Service has failed to address the issue.

In his October 2021 confirmation hearing, Park Service Director Charles “Chuck” Sams III promised New Mexico’s Senior Senator Martin Heinrich; “I am committed to figuring a way to ensure that there are no trespass issues.” So far, this promise has gone unfulfilled as over 100 cattle have been documented in the VCNP meadows for most of the past summer.

“I feel a deep sense of betrayal” said Madeleine Carey, Southwest Conservation Manager for WildEarth Guardians. “We were promised this persistent issue would be dealt with and if anything, things have gotten worse. No one from the Park Service has responded to our emails about the cows this summer.”

Even the New Mexico Livestock Board agrees the issue needs attention. In June 2019, NMLB passed a unanimous motion to hold a meeting with the Park Service to develop a solution. Still, the issue of trespass persists. As recently as October 8th, dozens of cattle were spotted in the Valle San Antonio and Valle Toledo, an area closed to cattle grazing under NPS regulations.

“We worked for years with others to get the Valles Caldera into the National Park System because the Park Service has the highest standards of land protection of any federal agency,” said Tom Ribe, Executive Director of Caldera Action, a nonprofit focused on the Jemez Mountains. “We trusted they would protect the Caldera from all sorts of possible damage. They closed the majority of the Preserve to cattle grazing but then looked the other way while cows flooded in across vandalized and damaged fences. We have no idea why the management doesn’t respond to this blatant trespass. It is not consistent with Park Service policies.”

At the beginning of the grazing season in May, volunteers documented the condition of the northern boundary fence between National Park Service and U.S. Forest Service lands. Much of the boundary fence was laying on the ground, cut, or otherwise rendered inoperable. Though the National Park Service has replaced miles of fence, vandalism, tree-falls, and aging fencing continue to allow cattle trespass.

By federal contract, U.S. Forest Service permitted ranchers are not allowed to graze outside of their specific grazing leases. The Forest Service does not enforce the terms of these contracts when the cattle trespass on National Park System lands.

“Livestock trampling riparian areas of these protected lands has gone on far too long with federal land managers doing too little to stop it,” said Cyndi Tuell, Arizona and New Mexico director of Western Watersheds Project. Livestock entering the VCNP have been documented by the Park Service and Forest Service since at least 2017. “It’s frustrating that the Park Service is breaking its promise to New Mexicans to protect the natural resources in Valles Caldera and has let this situation fester for more than five years. Species on the brink of extinction like the Jemez Mountain salamander need swift action, not agency foot-dragging.”

Photos for media use are available here. 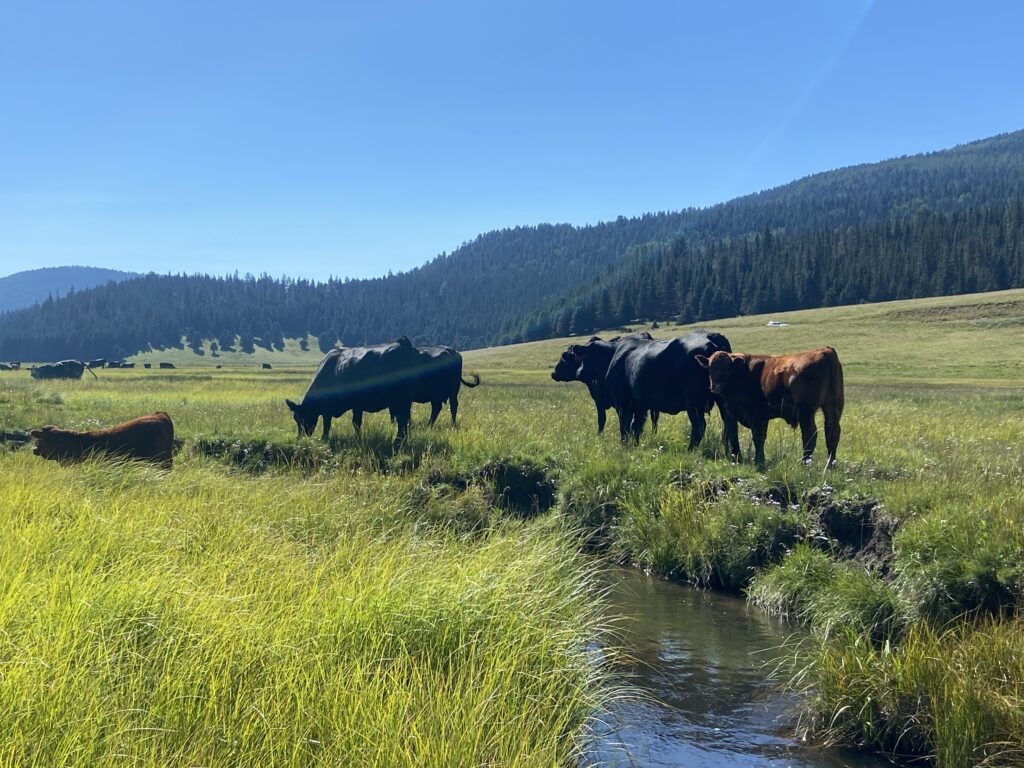