“Salmon and steelhead are the pulse of Northwest communities and rivers,” said Marlies Wierenga, Pacific Northwest conservation manager for WildEarth Guardians. “It’s critical that their perilous plunge towards extinction be stopped before it’s too late. An ‘endangered’ listing can provide the needed extra protections.”

In October 2019, NOAA Fisheries initiated 5-year reviews for 28 species of Pacific salmon and steelhead in order to ensure accuracy of their ESA listing. Of all species under review, Chinook salmon and steelhead in Oregon’s Willamette River had the unfortunate moniker of continuing to trend down. Population counts show even fewer fish today than when they were first listed as “threatened” under the ESA in 1999. A significant factor in the ongoing decline is the lack of access to historic spawning grounds due to U.S. Army Corps of Engineers’ operated dams in the upper basin. An “endangered” listing means the agency would recognize that the species are in danger of extinction and would be compelled to apply added protections.

Young Chinook salmon and steelhead migrate downriver and spend a portion of their lives at sea before returning to their birth rivers to spawn. They are notable for their precise homing abilities, which allow them to pinpoint the exact location of their natal spawning grounds. Their journey upstream from the ocean to spawning grounds is an incredible feat of endurance.

Native Fish Society and WildEarth Guardians letter to NOAA Fisheries highlighted that Upper Willamette River steelhead have been steadily declining despite their ESA listing as “threatened” in 1998. The number of winter steelhead spawning in the Willamette River basin plunged to well under 1,000 in 2017. Upper Willamette River Chinook salmon, numbering under 6,000 last year, are also threatened by genetic mixing with hatchery-raised fish, which decreases the health and evolutionary fitness of the wild population. Both fish experience increase harm from copepods, alarming pre-spawn mortality numbers, impacts from climate change and lack of meaningful action from the Corps. Uplisting of these populations to “endangered” would support conservation efforts including providing fish passage at dams and federal review of hatchery programs.

“What these fish show us time and again is that they are incredibly resilient,” said Jennifer Fairbrother, Conservation Director at Native Fish Society. “This spring saw a resurgence of wild winter steelhead in undammed tributaries like the Molalla and Yamhill Rivers. The Willamette’s salmon and steelhead can make a comeback, but only if we take the actions we know are necessary right now to give these fish a chance at revival.”

This action comes in response to the current extinction crisis; species are disappearing at a rate much higher than the natural rate of extinction due to human activities, resulting in what some scientists term a “biological annihilation.” According to a recent United Nations report, over a million species are currently at risk of extinction. This request is part of Guardians’ campaign to Stop Extinction in Western Rivers, which aims to protect the fragile arteries of life in the West and Native Fish Society’s Rewild the Willamette campaign. Freshwater ecosystems are in trouble worldwide: almost 40 percent of North American fishes are currently imperiled, and more than 20 percent of the world’s 10,000 freshwater species have become extinct, threatened, or endangered in recent decades. 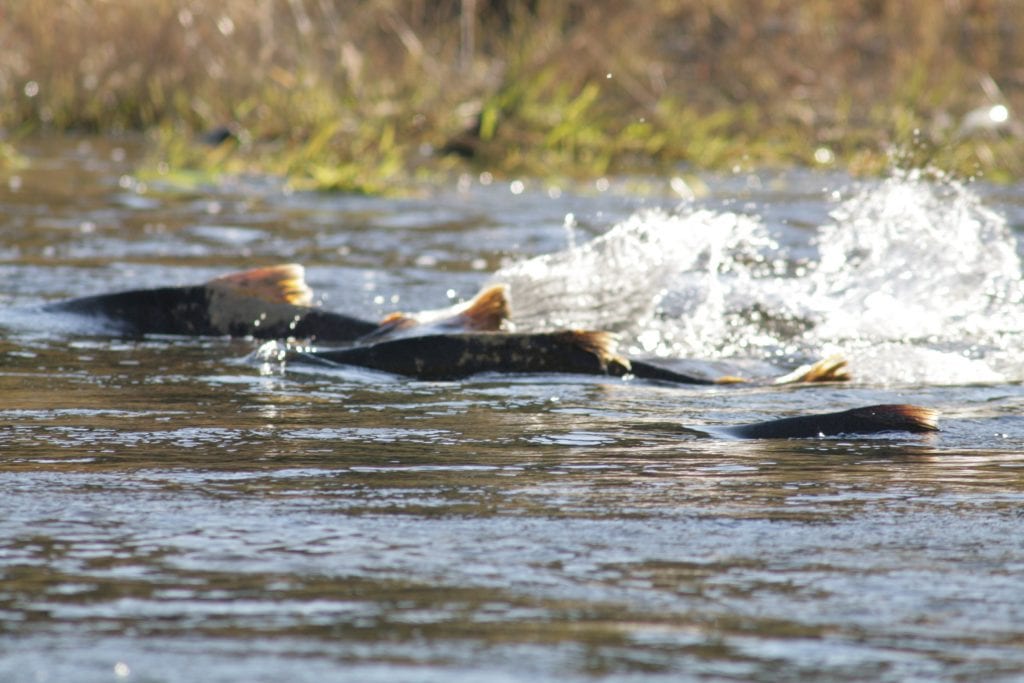