Congress plays politics with a species on the brink

First added to FY2015 appropriations legislation, this year’s rider comes at a pivotal moment for the Greater sage-grouse. Recent reports by the U.S. Geological Survey document alarming downward trends. A 2021 report found that populations of the once-abundant bird had declined by 80% since 1965, and nearly 40% since 2002. A 2022 report found that the bird’s sagebrush ecosystem is disappearing at the rate of 1.3 million acres every year.

“Appropriators are doing the worst possible thing for sage-grouse at the worst possible time,” said Joe Bushyhead, endangered species attorney with WildEarth Guardians. “The Endangered Species Act provides the single most effective tool for protecting species like the Greater sage-grouse from extinction. The rider pulls away the bird’s last safety net. Americans should be outraged–a small handful of politicians could condemn a shared national treasure to extinction.”

First added to appropriations legislation in 2014, the rider has already undermined efforts to protect the Greater sage-grouse. In 2011, when the Fish and Wildlife Service determined the species warranted ESA protections, the Bureau of Land Management (BLM) began the process of amending its land use plans to protect the birds and thereby avoid the need for listing. Congress passed the rider during the planning process, removing any incentive to implement effective protections.

The BLM’s final 2015 plan amendments, riddled with concessions to the oil and gas industry and other special interests, have failed to halt the bird’s slide towards extinction. BLM recently re-opened the planning process, but the rider now threatens this effort as well.

“Science, not politics, must drive sage-grouse conservation,” said Bushyhead. “The onus is now squarely on the BLM to enact durable, effective conservation measures. Anything less will mean extinction.” 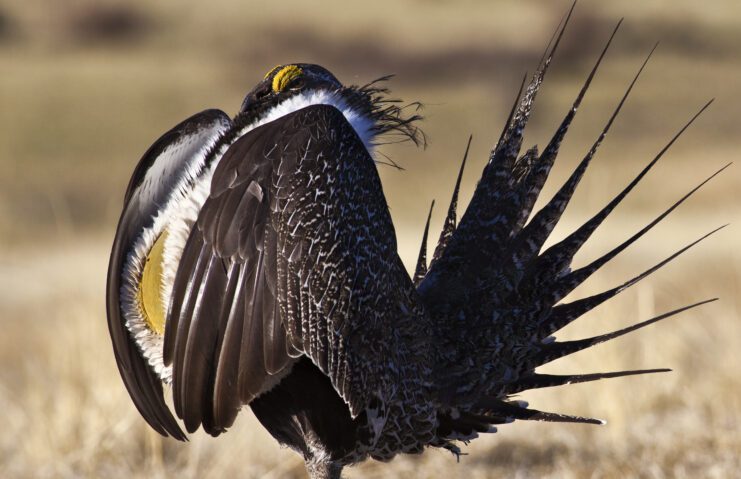