The action from the Division of Reclamation, Mining and Safety likely means construction work can resume, despite a March court order banning road building in the Sunset roadless area.

In June Mountain Coal cleared a nearly mile-long road through aspen groves and scraped two one-acre drilling pads to expand its West Elk coal mine. The state ordered the company to stop work June 17 after finding that Mountain Coal had failed to maintain its legal right to enter the Sunset roadless area.

“The unfortunate decision by the state effectively sanctions illegal road-building and bulldozing in some of the wildest public lands in Colorado,” said Matt Reed, public lands director for Gunnison County-based High Country Conservation Advocates. “I am extremely concerned that it gives the green light to Mountain Coal Company and other polluters to ignore the law with impunity.”

Yesterday’s order is based on a U.S. Forest Service letter saying Mountain Coal had a legal right of entry when it bulldozed the road and constructed two drill pads. That’s despite the March order from the U.S. Court of Appeals that banned road building. The state’s order allows Mountain Coal to use the illegal road and drill pads and bulldoze more drill pads from this road.

“It’s outrageous that Colorado caved to the Forest Service’s endorsement of Mountain Coal’s sneaky, illegal bulldozing operation,” said Allison Melton, an attorney at the Center for Biological Diversity.­ “The company ignored court orders, decimated a roadless forest and then twisted the truth to justify it. Now the Forest Service and the state are rewarding this bad behavior and helping to destroy pristine national forest.”

The appeals court said the Forest Service broke the law in approving an exception to the roadless rule that allowed bulldozing roads to support underground coal mining in North Fork Valley’s forests. That ruling sent the case back to the U.S. District Court with instructions to end the coal-mine exception, which also means ending road construction.

Mountain Coal used the period between the March appeals court ruling and before the district court issued the required order in June to bulldoze the new road and pads inside the roadless area. The Forest Service was informed of Mountain Coal’s plans and did nothing.

Satellite photos show that the coal company continued scraping and widening two drill pads even after the district court in June formalized the circuit court’s order. Construction was finally halted when the state issued a cessation order June 17, banning Mountain Coal from any surface-disturbing activities in the roadless forest associated with the mine expansion.

“Bulldozing a roadless area pursuant to an illegal law was a devastating insult to our public lands and a bold violation of the public trust,” said Peter Hart, an attorney at Wilderness Workshop. “The state was right to issue a cessation order. Their partial reversal calls into question the state’s commitment to protecting our most pristine wildlands and their willingness to stand up to scofflaws.”

Conservation groups are asking for expedited ruling on their emergency motion that was filed in the U.S. District Court in Denver to enforce the earlier ruling that banned construction. That motion is still pending.

“It’s beyond disappointing that Colorado is letting the coal industry run roughshod over the state’s treasured public lands,” said Jeremy Nichols, climate and energy program director for WildEarth Guardians. “They’re rewarding a rogue coal company by sacrificing the state’s backcountry and our climate.”

Mountain Coal also failed to obtain water-quality permits for the bulldozing and drill pad clearing. Compliance with state and federal water-quality laws would be required should any new bulldozing be taken, but such permits have not been obtained to date.

Located in the West Elk Mountains just east of the town of Paonia, the West Elk mine is one of the largest coal mines in Colorado and the single-largest industrial source of methane in the state. It covers more than 20 square miles of the Gunnison National Forest next to the West Elk Wilderness Area.

The Colorado roadless rule protects more than 4 million acres of roadless forests in Colorado from most road construction and commercial logging. 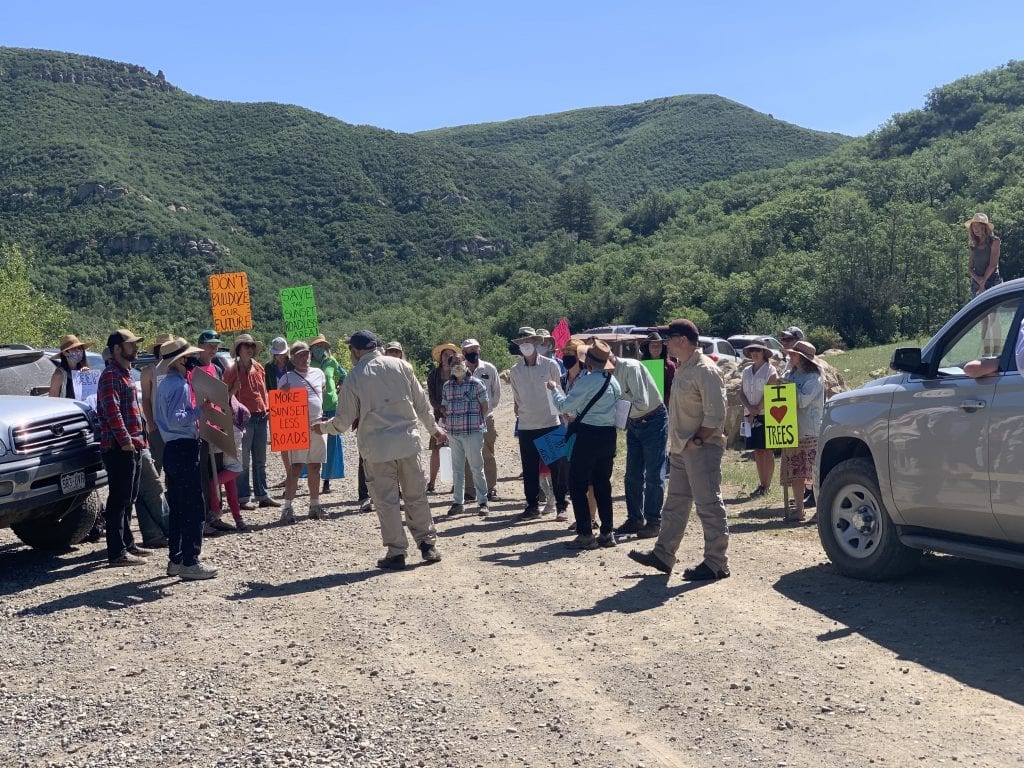