Rivers, Wildlife   Razorback sucker
#CORiver, #EndangeredSpeciesAct, #PressStatement, #ProtectWhatYouLove, #StopExtinction
DENVER—In an effort to stop extinction in the Colorado River and chart a new course for this overburdened river, WildEarth Guardians and a coalition of groups submitted comments yesterday to the U.S. Fish and Wildlife Service opposing its proposal to change the status of the razorback sucker from “endangered” to “threatened” under the Endangered Species Act. This imperiled fish is one of four native Colorado River fish that still exists against all odds in this failing river.

“The U.S. Fish and Wildlife Service is celebrating a win when there is still lots of time left on the clock,” said Jen Pelz, the Wild Rivers Program Director at WildEarth Guardians. “The dangers to the Colorado River’s endangered fish are multiplying every day as climate change exposes the past century of unsustainable water use and management.”

The proposal by the Service to reclassify and downgrade the status of the razorback sucker came just one month prior to the U.S. Bureau of Reclamation’s first-ever announcement declaring a “shortage” in the Colorado River Basin. This determination means less water will be released from the two largest reservoirs in the Colorado River Basin—Lake Powell and Lake Mead—and it triggers a series of mandatory actions, including the immediate release of large quantities of water from upstream storage to Lake Powell to maintain lake levels above the elevation where hydropower can be generated and sets in motion reduced water deliveries in certain lower basin states like Arizona and Nevada, and to Mexico.

“The decline of the razorback sucker and the other imperiled Colorado River fish decades ago set off the original alarm bell that the health of the river is failing,” said Joe Bushyhead, the endangered species advocate at WildEarth Guardians. “Unfortunately, the river is still failing, and razorback suckers cannot complete their full lifecycle in the wild. The Service has to constantly stock these fish to keep them from going extinct, and is now conflating this band-aid approach with recovery.”

The conservation groups—including WildEarth Guardians, Colorado Riverkeeper and Living Rivers, Friends of Animals, Save the Colorado, Colorado Chapter of the Sierra Club, Utah Rivers Council, and Waterkeeper Alliance—highlight the flawed rationale of the Service and point out the agency’s failure to justify its proposal based on the existing recovery plan for the sucker. The groups’ comments detail the threats from a laundry list of new dams and diversions projects—seeking to drain even more water out of the Colorado River—to how climate change is limiting water supply in the basin. The comments conclude that the razorback sucker is in imminent danger of extinction warranting retaining its endangered status under the Endangered Species Act.

“The Service’s plan to reclassify two of the four endangered fish in the Colorado River is premature,” added Pelz. “The fate of these native fish is directly tied to the success of the all-hands-on-deck effort to sustain the Colorado River into the future for all life, not just traditional extractive uses.”

The razorback sucker is a large, long-lived fish native to the Colorado River. It was named for its razor-like dorsal fin and large fleshy mouth and can be found occupying large, warm-water rivers in the basin from Wyoming to Mexico. Like its companions—the humpback chub, bonytail chub, and Colorado pikeminnow—razorback sucker populations declined dramatically in the mid-20th century when dams were constructed to tame and divide the waters of the Colorado River. These significant human alternations dramatically changed the river’s flow patterns and temperature and destroyed much of the fish’s habitat. The sucker was listed as endangered in 1991 after losing more than 75 percent of its historic range. In 1994, nearly 1,750 miles of river were designated as critical habitat for the species in the Yampa, Green, Colorado, Gunnison, San Juan, Gila and Salt Rivers. 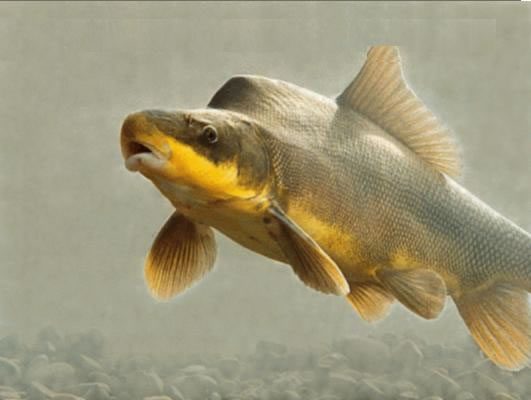