Summa Silver’s exploratory drilling operations are taking place just a few miles from the boundary of the Gila Wilderness, this country’s first, designated almost 100 years ago through the efforts of the visionary conservationist Aldo Leopold. The Greater Gila region is known for its exceptional biodiversity, hosting more species of birds and mammals than any other region in the Southwest, including the only population of Mexican gray wolves. The Greater Gila is home to over 200 rare plant and animal species, with over 30 listed as threatened or endangered.

“Mogollon is a one-of-a-kind, truly magical place. It is a blend of well-preserved history of days-gone-by with a tremendous amount of nature knocking at its door: an abundance of wildlife, peace and serenity amidst birds chirping, hummingbirds zooming, and forest trees rustling, and at night, a dark sky sanctuary highlighted by a single owl hooting or a pair of owls calling to each other,” said long-time local resident Bob Moore.” How sad it is that a foreign, penny stock company with grand plans involving thousands of acres of private and public lands for mineral extraction can waltz right in and destroy what is cherished by the Mogollon residents and its active visitors, sight-seers, birders, nature lovers, hikers, bikers, equestrian enthusiasts, and avid hunters.”

In addition, Summa Silver’s exploratory drilling operations are taking place on the traditional homelands of the Warm Springs Chiricahua Apache.

“The Creator, Yusen, charged the Chiricahua people with stewarding the land, the air, the water, the plants, the animals, and the spirits in what is now called the Greater Gila region. This is our reason for being,” said Bill Tooahyaysay Bradford, Ikegee Nant’an (Vice Chief) and Beh Goz Ani (Attorney General) for the Chiricahua Apache Nation. “The site where Summa Silver seeks to mine is sacred to the Chiricahua as the place where Yusen divided the night and the day as a gift to humans and animals. We commemorate this through the Moccasin Dance and the Moccasin Game. Our obligation to Yusen is to resist any attempts to damage or destroy this sacred place. We, the Chiricahua Apache Nation, hope for the opportunity to share the importance of this place with Summa Silver and to encourage them to cease their efforts to mine not only in Mogollon but within the Greater Gila region.”

The Greater Gila is the headwaters of the Gila River, one of the West’s last free-flowing rivers, in addition to the Mimbres, the Little Colorado, the Verde, and the San Francisco rivers. The actions of Summa Silver directly jeopardize Mineral Creek, Silver Creek, and Whitewater Creek. All of these waterways combined provide critical habitat for some of the most imperiled aquatic species, including Gila trout, Gila chub, Chiricahua chub, Apache trout, loach minnow and Chiricahua leopard frog. In addition, the Greater Gila is one of just a few internationally designated Dark Sky Sanctuary sites. New mining operations destroy and degrade all that make Mogollon and the Greater Gila exceptional. 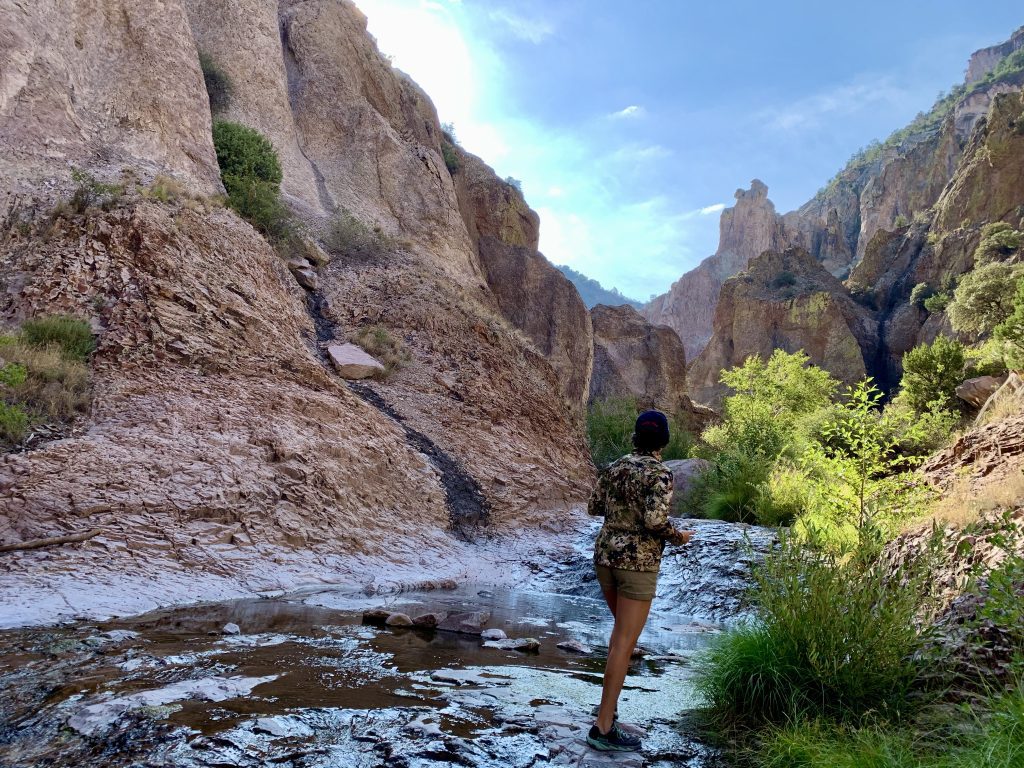 The Greater Gila region is known for its exceptional biodiversity, hosting more species of birds and mammals than any other region in the Southwest. Photo by Leia Barnett.