“We are shocked that the Biden administration condones the slaughter of weeks-old wolf pups on public lands at the behest of private livestock interests,” said Talasi Brooks of Western Watersheds Project. “Wolves–especially wolf pups–pose no significant threat to livestock.”

Conservation groups learned that Wildlife Services started pursuing the pack in May when an agent killed the first three pups at the densite. The agency killed five more pups over the next two months. Conservation groups urged USDA Secretary Tom Vilsack to stop Wildlife Services from slaughtering weeks-old wolves on public lands. In yesterday’s letter, Secretary Vilsack rejected the request, responding that killing wolf pups is a “humane management option.”

“The mission of Wildlife Services ‘to improve the coexistence of people and wildlife’, not killing defenseless puppies in their den, especially when there are so many effective nonlethal alternatives,” said Suzanne Asha Stone, director of the International Wildlife Coexistence Network based in Idaho. “We are deeply disappointed in this administration’s response.”

High school students at Timberline High School in Boise were devastated when they learned that Wildlife Services killed the Timberline pack’s pups. The school adopted the pack as its mascot when the school was founded in 1998.

“It’s disheartening to see the USDA justifying killing our pack’s innocent pups as ‘humane management.’ The data from Idaho’s Wood River Wolf Project study should’ve been enough to persuade politicians of the efficacy of nonlethal methods, yet the USDA and Biden administration continue to practice inaction”, said Michel Liao, Timberline High School student. “It’s this very passivity that’s allowing people to eradicate all the pups from Timberline High School’s wolf pack this year on our public lands. It must stop.”

“We tell our students that science is key in wildlife management, yet scientific evidence tells us that killing or disturbing stable wolf packs leads to more livestock conflicts, not less and it undermines our native ecosystems,” said Dick Jordan, Timberline High School science advisor. “We expect more from the Biden administration and our Department of Agriculture. Killing wolf pups is not humane by any sense of the word. And doing so while Idaho is working to eradicate its wolf population is supporting the state’s new war on wolves.”

Yet, the Secretary’s letter yesterday confirms that Wildlife Services will continue these unscientific and inhumane activities.

“All wolf killing is predicated on a lie that wolves cause significant livestock deaths,” said Brooks Fahy, executive director of Predator Defense.  “They don’t. Wolves cause only a fraction of a percent of livestock deaths.  And here Secretary Vilsack is compounding the travesty of this misnamed USDA program called ‘Wildlife Services’ by defending the killing of even pups. It is painfully obvious that Wildlife Services has fully embraced the cruel and self-serving demands of ranchers in Idaho. Americans should be outraged.”

“It’s disturbing to see state and federal officials openly supporting the killing of wolf pups. There is no scientific rationale for such barbaric measures,” said Andrea Zaccardi, a senior attorney at the Center for Biological Diversity. “With its new laws clearly intended to decimate our wolf population, it seems that with Idaho’s war against wolves, there are no limits to the state’s cruelty.”

“The Biden’s Administration’s response to our groups’ concerns was alarming, and the action that the administration stands behind is hideous,” said Katie Bilodeau with Friends of the Clearwater. “There are non-lethal wolf-predation deterrents that scientific testing has shown to be effective. Instead, federal and state officials chose the extreme and dubious alternative of killing pups in hopes that the parents would leave. We are grieved at the inhumane violence that federal and state officials dealt towards a social, family-based species like the wolf.”

“Killing these wolf pups was inhumane, unscientific, and indefensible,” said Joe Bushyhead with WildEarth Guardians. “Wolves face enough persecution in Idaho already at the hands of the state. The Biden administration should not be using federal resources to make a bad situation even worse.” 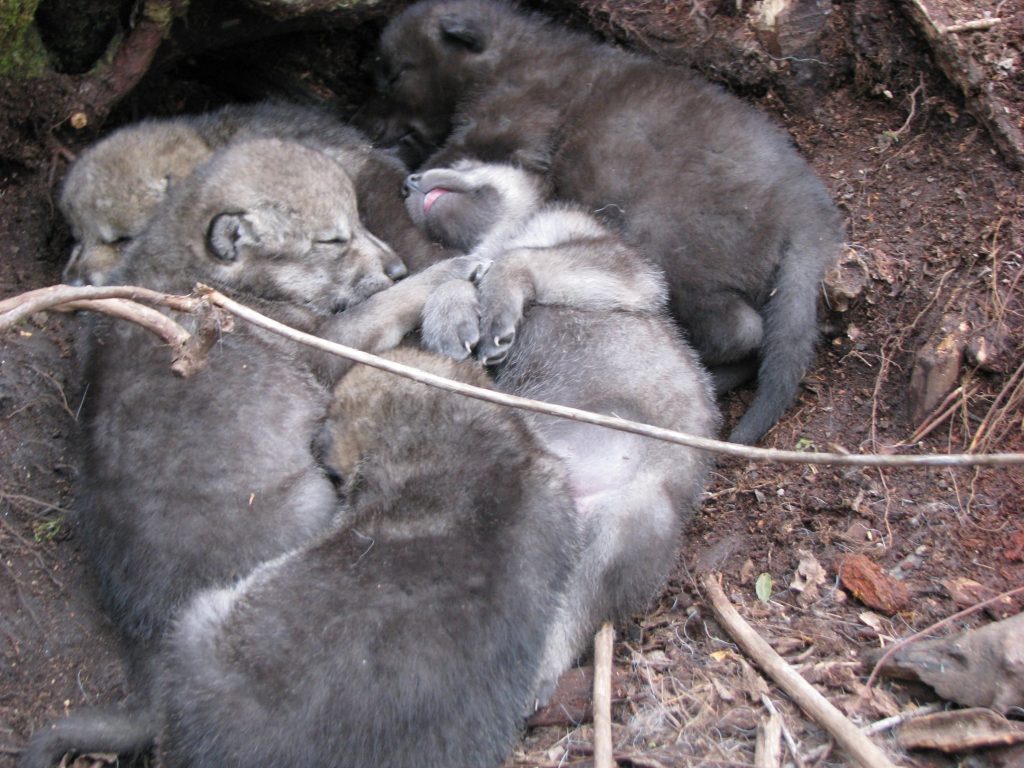