Wildlife   Mexican gray wolf
#EndTheWarOnWildlife, #EndangeredSpeciesAct, #PressStatement, #StopExtinction
SILVER CITY, NM—In letters to the U.S. Fish and Wildlife Service, two New Mexico elected officials have demanded the removal of a genetically important family of Mexican gray wolves in retaliation for a handful of lost livestock. The wolves, known as the Seco Creek pack, are likely to be denning with their vulnerable newborns, and any disturbance could result in den abandonment and the death of the puppies.

“The Seco Creek lobos are raising their young on the public lands of the Gila National Forest where wolves are native wildlife,” said Greta Anderson, deputy director of Western Watersheds Project. “There are compensation programs available from the state and federal governments to help ranchers recoup the cost of lost livestock. There is no way to compensate the public for the loss of wolves.”

State Representative Rebecca Dow sent a letter to the U.S. Fish and Wildlife Service in March, asking that her constituent be given a permit to kill wolves on account of two reported depredations. Last week, Representative Yvette Herrell called upon the agency to kill the entire pack. Their demands are based on the deaths of four livestock, though it is unclear from the investigations whether the wolves were actually responsible for the cattle deaths.

“Killing wolves is not a solution—it’s just performative grandstanding from politicians who would rather stoke fear,” said Chris Smith, southwest wildlife advocate for WildEarth Guardians. “These wolves are incredibly important to increasingly fragile ecosystems. They are a public asset living on public lands.”

“It’s critical that wolves like the breeding male in this pack be left alone and in the wild,” said Maggie Howell, executive director of the Wolf Conservation Center. “He was placed in the wild as a puppy in order to improve the genetic health of the whole population. Unless he’s permitted to raise his pups to maturity, that cross-fostering effort will be wasted.”

“For the American public and for Mexican wolves, USFWS needs to get it right this time and leave these wolves in the wild where they belong,” said Renee Seacor, carnivore conservation advocate for Project Coyote and the Rewilding Institute. “Fostering coexistence with Mexican wolves including the Seco Creek pack is critical for their long-term recovery in the region.”

“Our organization has repeatedly called on the Forest Service to proactively manage livestock operations on public lands to avoid this kind of conflict for native wildlife,” said Anderson. “It’s time for land management agencies and permittees to take the responsibility for keeping their livestock safe.” 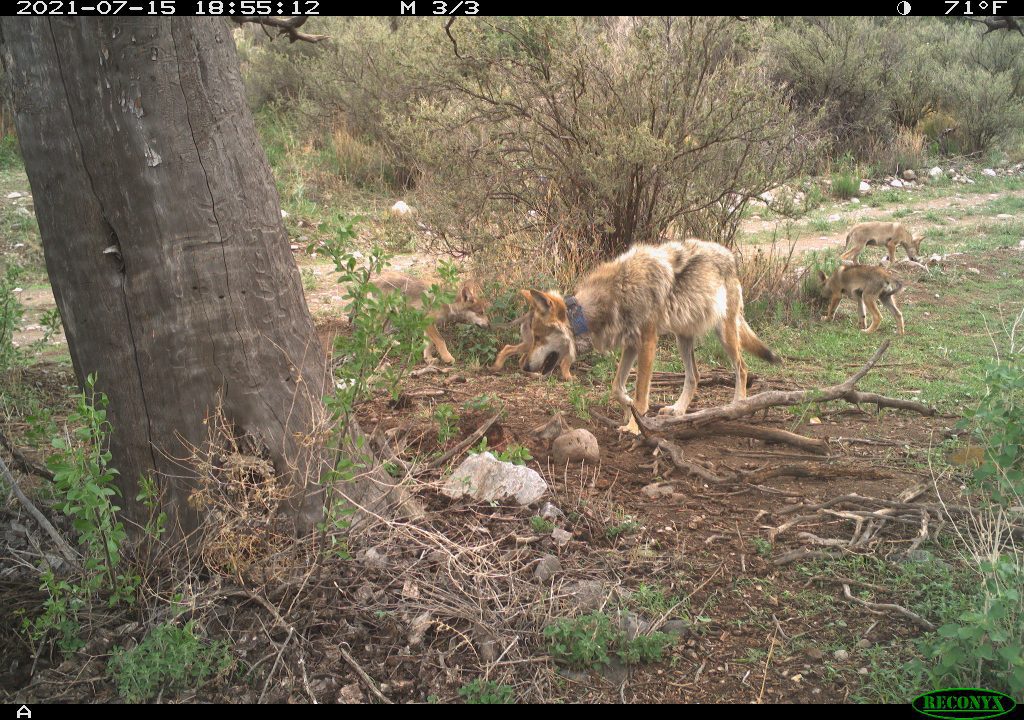