“It’s time to double down on connectivity. Climate change is here now. The bears are here now and the NCDE is a source population now,” said Mike Bader. “Federal managers are playing catch-up in the identification and protection of connectivity areas between the isolated populations and our report provides a major step in that direction.”

Along with the Missoula-based Task Force, Idaho groups Nimiipuu Protecting the Environment and Friends of the Clearwater contributed funding for the report. “We commissioned the report because the U.S. Fish & Wildlife Service and the Interagency Grizzly Bear Committee (IGBC) have failed to come up with a plan,” said Patty Ames, President of the Flathead-Lolo-Bitterroot Citizen Task Force. “In fact, the IGBC’s Bitterroot subcommittee does not have a plan and recently blocked the public from participating in their meeting.”

“Ensuring the grizzly bear’s return to the Bitterroot Mountains is crucial to the Nimiipuu, the Nez Perce tribal name for ourselves, which means, The People,” explained Elliot Moffett, President of Nimiipuu Protecting the Environment. “Identifying where bears may roam and find new dens was the first step, now we need to protect those lands and continue opposing the completely unethical trapping and hunting of bears, along with our other animal brothers and sisters.”

“This report lays the foundation for a connectivity plan and provides essential information for the Forest Service to consider as it revises long-term management plans for the Nez Perce-Clearwater, Lolo, and Bitterroot National Forests which are the heart of the Northern Rockies,” said Gary Macfarlane, Ecosystem Defense Director with Friends of the Clearwater.

Recent court decisions striking down delisting of grizzly bears in the Greater Yellowstone Ecosystem have ruled the U.S. Fish & Wildlife Service must come up with a plan for connecting isolated Grizzly Bear Recovery Areas. Separately, the State of Montana is producing a statewide grizzly bear management plan.

“Maintaining isolated grizzly bear populations is not enough to ensure their long-term survival,” said Adam Rissien, rewilding advocate at WildEarth Guardians. “Bears need secure habitat as they search for food, dens, and mates, and this report shows us where to find those areas.”

“One of the major causes of grizzly bear deaths is conflict with private livestock on public lands,” said Josh Osher of Western Watersheds Project. “Reducing grizzly-livestock conflict through a voluntary livestock permit retirement program is a win-win solution that can help grizzlies re-occupy key linkage areas to finally establish in core habitat in the Selway-Bitterroot ecosystem.”

Friends of the Bitterroot praised the report for demonstrating the importance of the Sapphire Mountains for grizzly bear connectivity right at the time that the Bitterroot National Forest is proposing the sprawling Eastside Forest & Habitat Improvement Project that stretches over 470,000 acres from Threemile Creek on the north end all the way to the Montana/Idaho border.

“The Forest Service asserts this massive thinning and burning project will not affect any grizzly bear habitat or hinder the bear’s ability to use the Sapphires to reach the Bitterroot Mountains, said Michael Hoyt, steering committee member with Friends of the Bitterroot. “This new report demonstrates that is simply not true, and the agency must consider this new information before proceeding.” 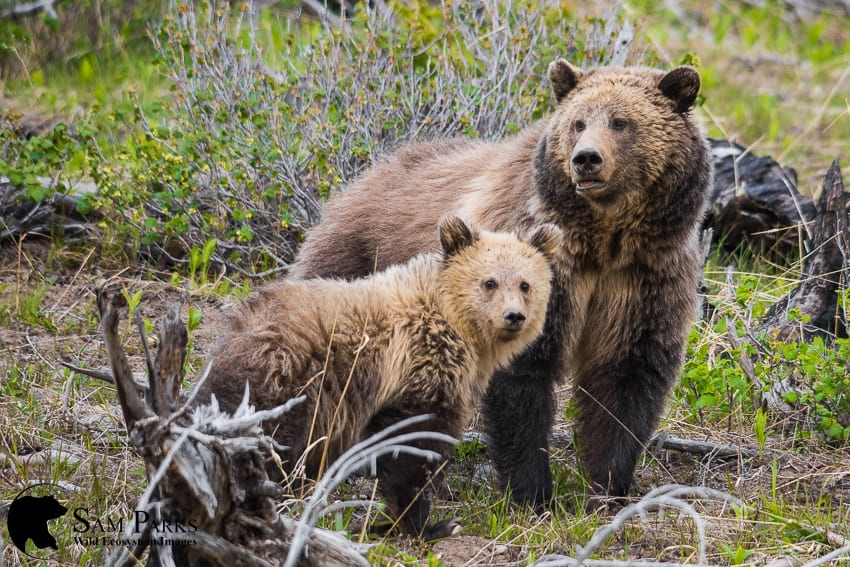