In 2010, the National Academies of Science released a series of reports highlighting both the threats from global warming and the path to solutions. Among the findings, in the past 50 years, temperatures have risen more than 2˚F in the United States and are projected to continue rising. In addition, sea levels have risen along most U.S. costs, with increases of greater than 8 inches reported along the Gulf and Atlantic. And although increases of precipitation are projected, seasonal decreases in precipitation of up to 40% are expected in parts of the U.S. 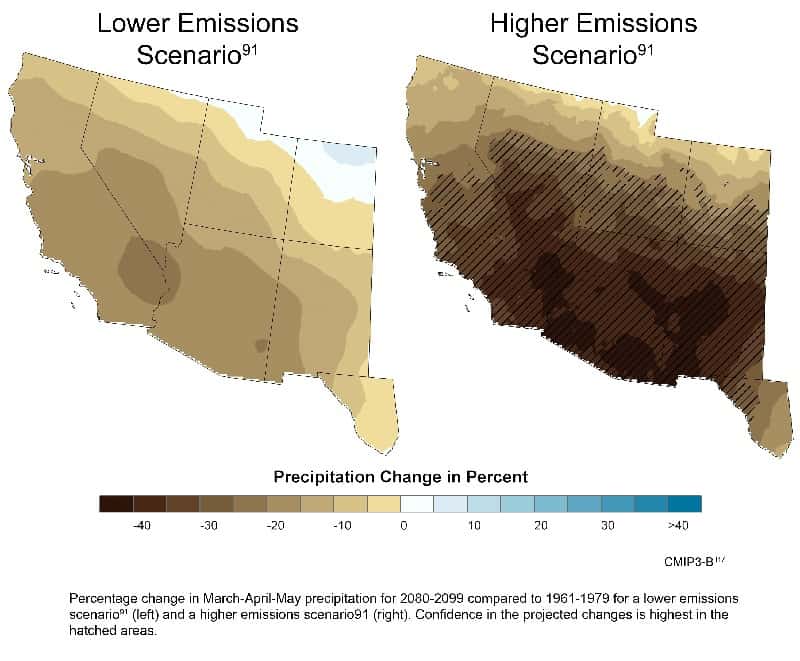 Read more in the report, Global Climate Change Impacts in the United States.

In the American West, the impacts of global warming are projected to be more pronounced. For example, arid regions in the west and southwest projected to be hit by springtime decreases in precipitation of 15-20%. The National Academies of Science also predicts that for every 1 degree in temperature rise, there will be a decrease in runoff of 8.5% in the Arkansas River Basin, a 6% in the Colorado River Basin, and a shocking 12% in the Rio Grande River Basin.

The National Academies stressed the “urgent need for U.S. action to reduce greenhouse gas emissions,” noting that “choices made today matter in determining impacts experienced not just over the next few decades, but in the coming centuries and millennia.”