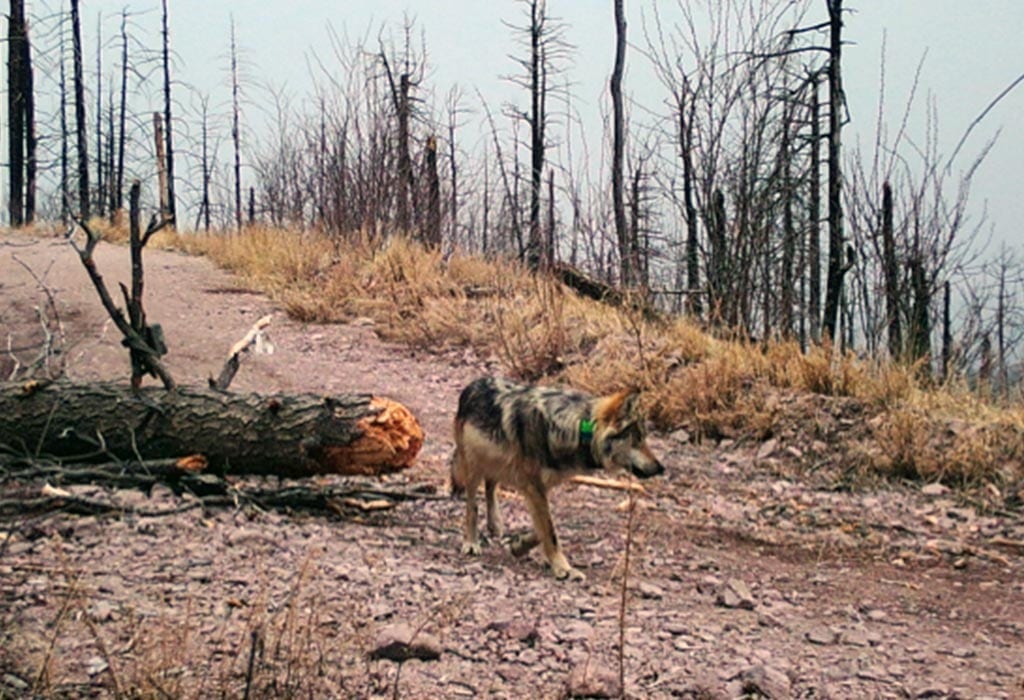 In search of the elusive canine

In the early 1900s, Aldo Leopold wrote of the Gila, “Even without sight or sound of wolf, it is implicit in a hundred small events.” Standing in the Gila today, it’s impossible not to wonder: are the vultures circling above a wolf kill, or just playing on a thermal? Are those elk fleeing an unseen passing truck or the crinkle of leaves beneath a wolf’s paw? Was it a salutatory howl that woke us this morning, or the eager anticipation of hearing one? The Mexican wolves, while back home in the Gila, remain elusive.

The Mexican Wolf Occupied Range website is publicly available and a constant source of wonder for all of us. This spring we’ve been watching a young male wolf, who goes by the name m1561, disperse from his natal pack’s home range (the Leopolds) on the north edge of the Gila Wilderness in New Mexico to his current location on the Coconino National Forest, near Sedona, Ariz.

In early February, the north slopes of the Gila still held a few inches of snow, so when we arrived at our chosen collar location, we were thrilled to see paw prints in the snow welcoming us to wolf country. According to the Occupied Range website, these paw prints belong to Leopold 1346, the mother of m1561, and at least one other pack member. 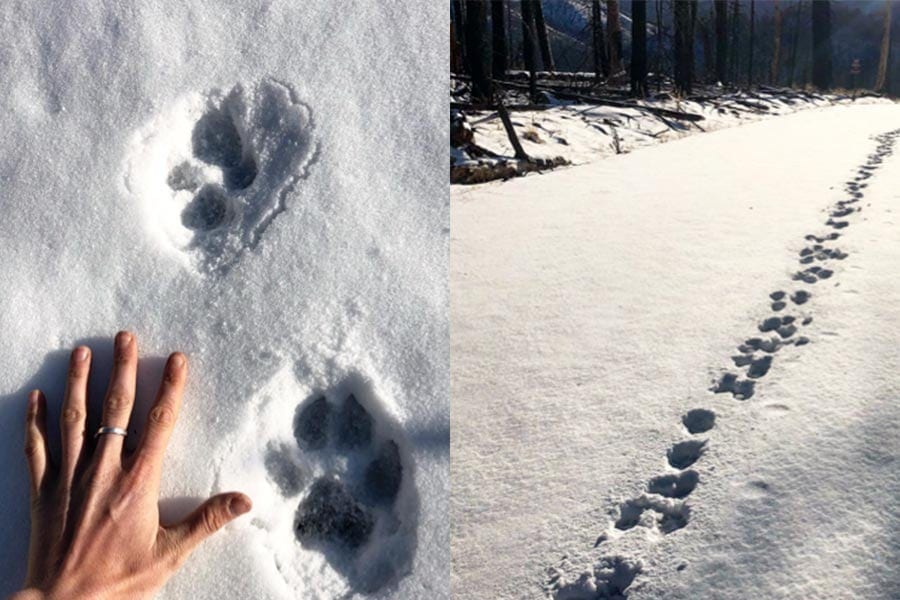 Paw prints in the snow.

Hoping to catch the wolves on a return trip, we set up a series of trail cameras. Camera trapping is as much a gamble as is going to look for wolves. You have to be very lucky for an actual wolf sighting; seeing wolf sign is exciting, too.

A month later, Michelle pulled the cameras out of the forest and combed through the memory cards. There were thousands of pictures of waving grass, too many of cattle, and the occasional snapshot of a turkey hunter. An enormous bobcat appeared a couple times, and watchful coyotes wandered by. And, there were wolves! 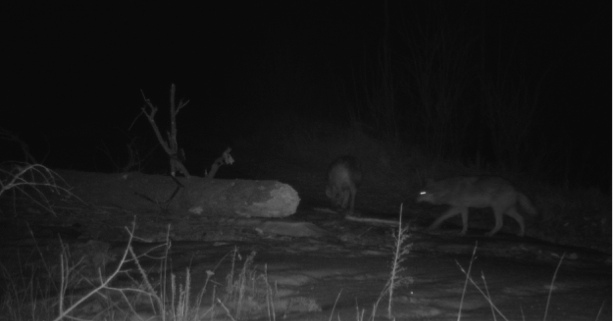 Wolves! A snapshot from the trail cam.

We were so thrilled to catch these wolves on camera when the wild Mexican wolf population hovers just north of 100. While wild Mexican wolves are occupying the most acreage since their reintroduction, it’s still just a fraction of their historic range. Young wolves need unoccupied territory to disperse, and as the wild population grows, the youngsters will venture farther and farther afield, often straying across the arbitrary recovery area boundaries set for them by the U.S. Fish and Wildlife Service.

The thrill of seeing the wolves in these photos soon gave way to concern for m1561. What was he doing so far from home? Will he stray north of the arbitrary boundary, only to be trapped for relocation? Will he be hit by a car crossing I-17 in a further push west? Will he be shot or caught in a leghold trap?

While m1561 may well return to his natal pack this summer, he may also find a mate somewhere near Sedona. Either way, we’ll be fighting to protect his right to roam, and snapping some pictures along the way.

If you’d like to join us in the field, or plan your own trip to look for wolves, contact Madeleine. 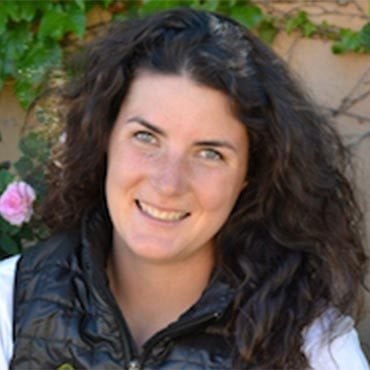