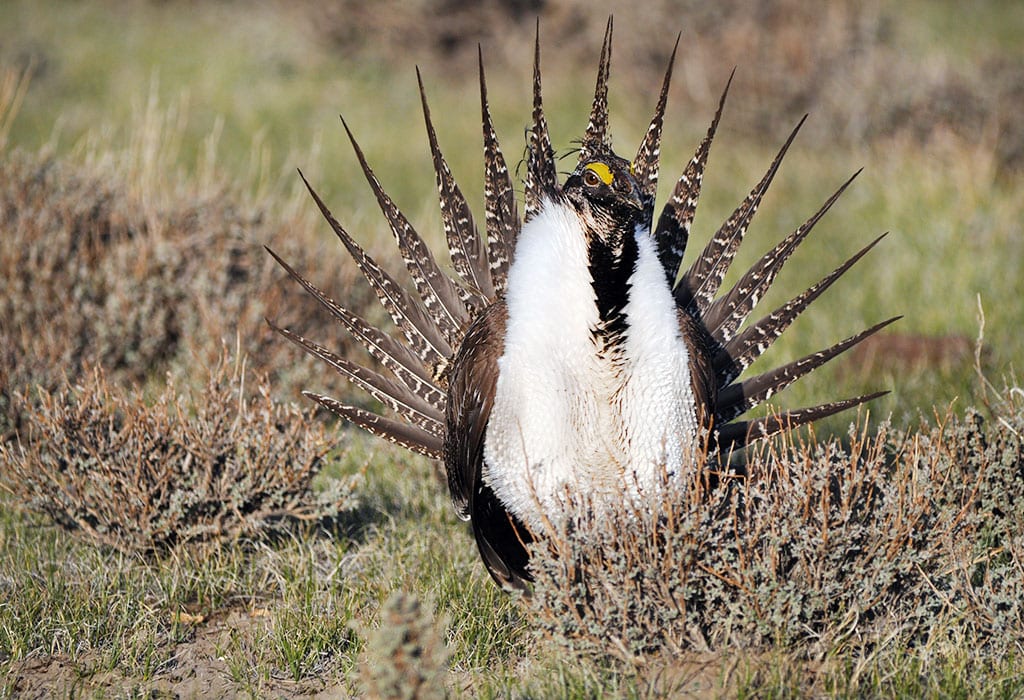 Guardians sues to save sage grouse

Guardians and allies filed suit today against Acting Interior Secretary David Bernhardt and the Bureau of Land Management over recent decisions to gut protections for greater sage grouse in seven states. The new plans prioritize an energy dominance agenda, rather than the survival of grouse on public lands (read more about the plans here).

The suit identifies Bernhardt as the “architect” of recent policy changes to rescind or weaken sage grouse plans from 2015. Bernhardt, Trump’s nominee to replace Ryan Zinke as Secretary of Interior, is a former lobbyist and attorney for oil and gas and coal. Unsurprisingly, the new plans create enormous loopholes that make it easier for fracking and drilling near the imperiled bird’s habitat.

Sage grouse depend on unfragmented, undisturbed sagebrush habitat for raising their chicks, mating on mating grounds called “leks”, and surviving the cold season. There were once as many as 16 million greater sage grouse ranging across the Sagebrush Sea; today, the birds are in decline across their range.