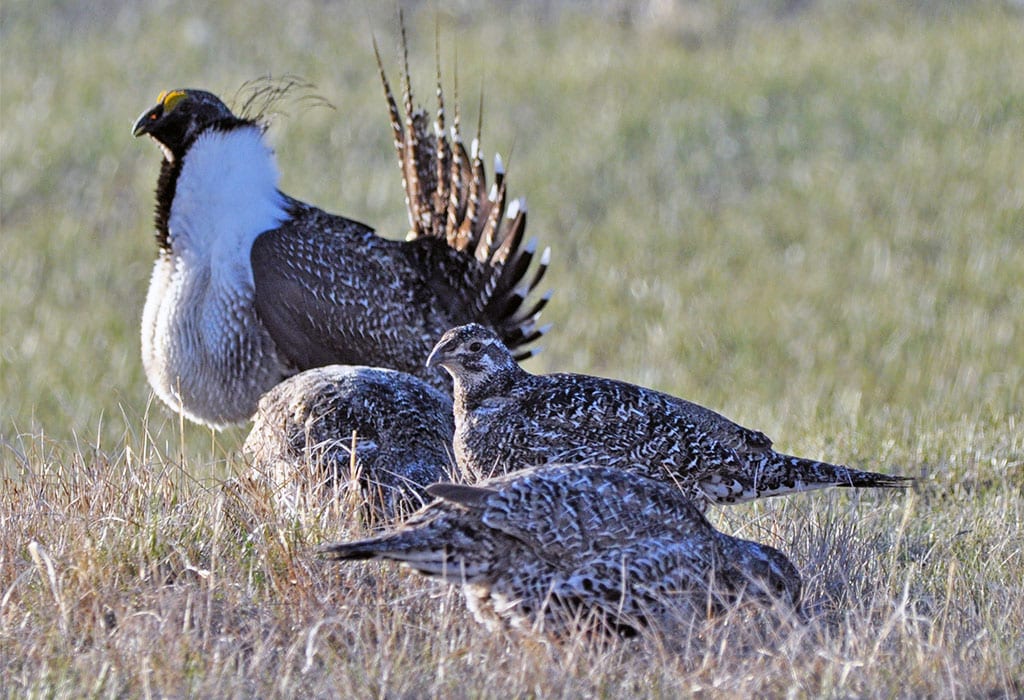 Guardians and allies have asked a federal court to block new plans that would allow drilling, mining, and other destructive activities across 51 million acres of greater sage grouse habitat in Idaho, Wyoming, Utah, Colorado, Nevada, California, and Oregon. Our motion for a preliminary injunction is supported by expert declarations from sage grouse scientists, wildlife biologists, and public lands enthusiasts protesting the Trump administration’s plans.

“Sage-grouse populations are in serious trouble across the West,” explained Guardians’ Sarah McMillan. “These plans hasten their extinction by allowing extractive industries increased access to the last best public lands habitats for the birds.”

The motion, filed Friday, follows a lawsuit last month under which we sued Interior Secretary Bernhardt and the Bureau of Land Management over the new plans.