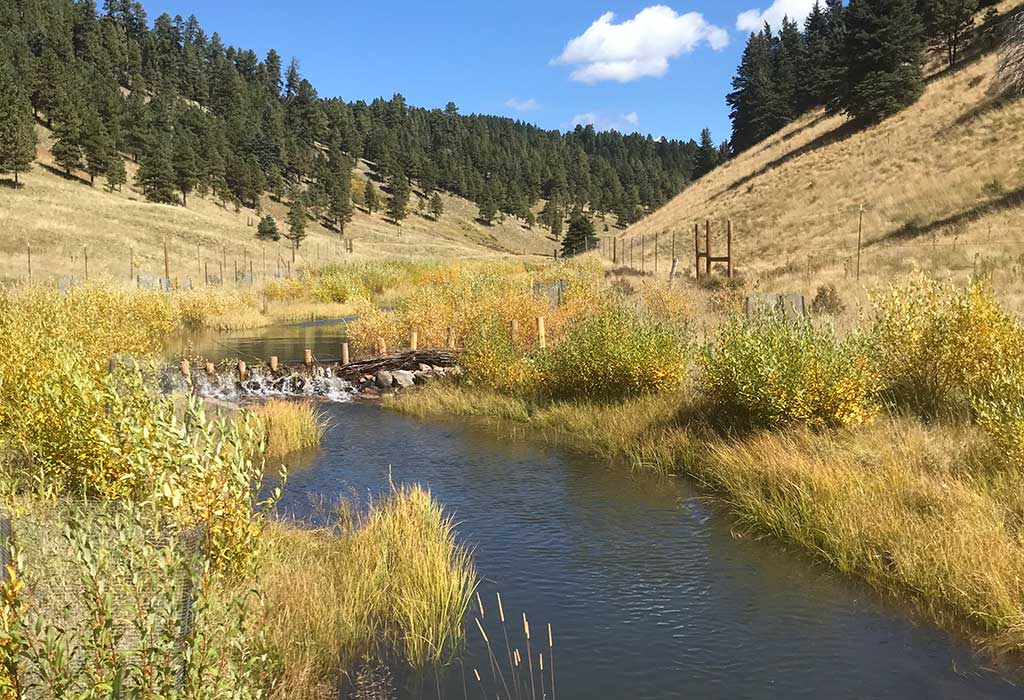 Ever since I was a kid, I’ve thought beavers were worthy of my admiration. Sadly, beavers have been eradicated from literally tens of thousands of miles of streams and small rivers—the victims of both trapping and habitat degradation.

I love beavers.  Ever since I was a kid and watched them slap their tails defiantly, and loudly, to warn their clan of the threatening presence of large animals, I’ve thought beavers were worthy of my admiration. Then I realized they build dams too! As an aspiring dam builder myself, I figured beavers had more than a few things to teach me.

In fact, when the question of what is my favorite spirit animal arises, my response is almost always: beavers. They bring joy and gusto to their daily work and are quite content in mud and water. What’s not to admire?

So, when the opportunity came up in late September to be a beaver for a day with WildEarth Guardians’ restoration crew, I jumped at it—especially since I could bring along my energetic, six-year-old twin boys.

But what it exactly means to be a beaver for a day I did not know. I could only imagine that flowing water, willows, and mud had to be essential ingredients.

What I did know was that we were supposed to convene on the banks of San Antonio Creek—a meandering stream that sits at the bottom of a cleft in the volcanic uplift that is the Jemez Mountains. So, it was there that Wiley, Finn, and I found ourselves on a recent Saturday morning with another thirty souls who, I sensed, were likewise wondering whether they, too, could be adequate beavers for a day.

There, WildEarth Guardians’ restoration director, Reid Whittlesey, laid out our task. Standing next to a large pile of willows and rocks, he explained that our goal was to weave willow, and place rocks and mud. If we did it well, as our dam rose so, too, would the water.

The job of building these beaver dam analogues, or BDAs as they are known, was made easier by the placement of two dozen wooden posts that had been driven into the ground in a cross-crossed pattern across the stream. These posts, placed days earlier by Reid and his crew, provided the necessary foundation for each dam to rise.

And so a beaver clan, a crew of five or six people, was deployed to each of the six dam sites. For my boys—as it seemed for everyone—the excitement of the reality of dam-building overrode the hesitation that often comes with trying something new. In partnership with the other adults, the boys wove the willow back and forth between the poles and watched as others did the same. 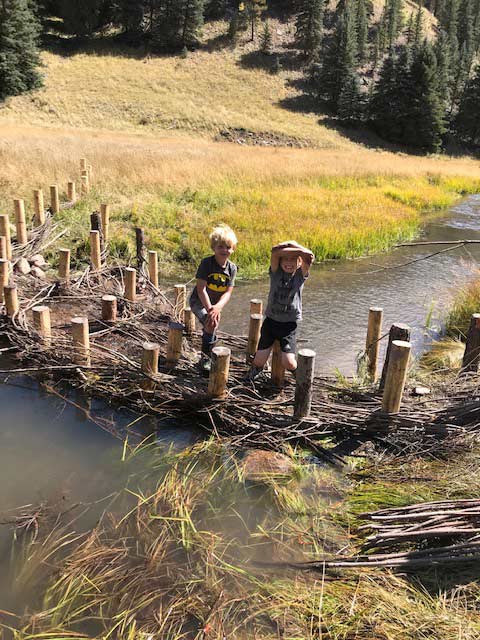 Without it really being emphasized we had already embodied one of the critical qualities of beavers: collaboration amongst a family unit to accomplish a grand task.

And steadily each of the dams rose. Not on the scale of a New York City skyscraper, but rather like a humble, sod hut that once housed pioneers on the Great Plains. First one foot, then two feet and, in some cases, three or even four feet of willow, mud, sedge, and stone. Each dam was a unique creation and an imperfectly perfect monument—not to our ability to mimic the wisdom of beavers, but rather to our deep human yearning to heal damaged lands.

Of course, every story of healing and restoring the land and its grace, its beauty, and its dignity is also a story of trauma. For healing would not be necessary if there were no trauma. And this piece of the Santa Fe National Forest, this creek, has been deeply and repeatedly traumatized. Not by some massive and obvious threat, but rather by the insidious and ubiquitous presence of cattle grazing in otherwise arid landscapes.

Absent cows, there would be willows along the stream. And almost everywhere there are willows, beavers thrive. And where beavers thrive there is ecological dynamism, and the land sings, with the literal songs of flycatchers and frogs and with the slithering of snakes and the pattering of shrews and mice.  And in the stream itself, native trout grow fatter and more abundant in the cooler, deeper waters that beaver dams create.

Here in New Mexico, there is a long list of endangered species that have been imperiled in the absence of beavers and that would benefit from their return. The New Mexico meadow jumping mouse, the Rio Grande cutthroat trout, the Southwest willow flycatcher are just a few.

Sadly, the need for BDAs and the return of beavers is not limited to San Antonio Creek. In 2016 ecologists found that beaver occupied fewer than 1% of potential stream habitats in New Mexico. They found the problem even worse on national forests in northern New Mexico, concluding “beaver dams were exceptionally rare on public lands managed for cattle grazing.” (Small et. al 2016, Livestock grazing limits beaver restoration in northern New Mexico, Restoration Ecology.)

But this story of the beaver apocalypse is not unique to New Mexico, nor even to the American West. Beavers have been extirpated from literally tens of thousands of miles of streams and small rivers—the victims of both trapping and habitat degradation. Those ecosystems suffer greatly in their absence. 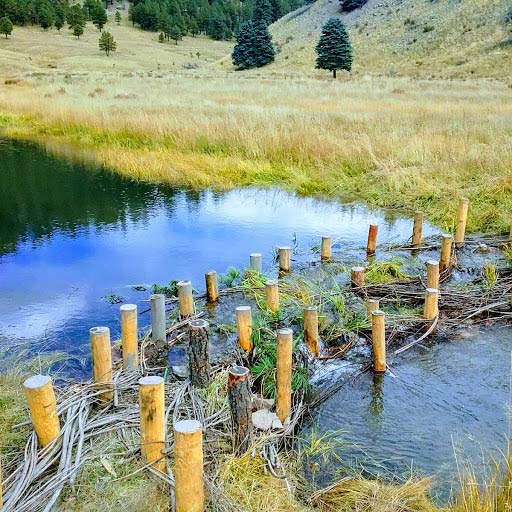 Our hope, of course, is that beavers will return to San Antonio Creek and make these dams their own. But when and if they do there is yet another challenge they will face: the harsh, deadly reality of a body-crushing trap. On nearly all of New Mexico public lands, trapping is allowed. So as soon as beavers return to the San Antonio Creek, a weekend trapper could eliminate every last one in the entire watershed.

All of these unfortunate realities for beavers reflect antiquated policy dictated by outdated beliefs—that beavers are pests and nuisance animals that should be eliminated any time someone complains. Incredibly, the last time the state of New Mexico wildlife agency did a beaver inventory was in 1956, the year before the television show “Leave it to Beaver” debuted.

Sadly, we can’t just leave it to beavers anymore. And the work of building beaver dam analogues reflects that reality. If we are to heal our streams and make our water supplies more resilient in the face of an ever-warming planet, we need to get busy. We must create and pass new state and federal policies and practices that restore beavers and beaver habitat to every single mile of streams and rivers on national forests, national parks, and all our public lands.

All the beaver clichés aside, we are losing time, losing species, and losing our precious water supplies every day of our collective inaction. I feel urgency not only for the creatures, large and small, whose intrinsic right to exist is being trampled on, but also for my boys and their deep yearnings to see frogs, snakes, and jumping mice animate the wild places they grow up in.

Toward the end of our time as beavers, my boys and I retreated to our nearby campsite where we shared stories of our days’ feats around the fire. That night, we drifted off to sleep to the hooting calls of a pair of Mexican spotted owls nested in the remnant ancient fir and pine forest that cover the valley walls.

The next morning after packing up, we were about to get in the car when my boys proclaimed that we could not leave without one more inspection of “our” beaver dam. Much to their satisfaction, not only was the dam still intact, but the water level had risen noticeably since the previous afternoon. As their energy lingered, the boys hummed, gently sang, and chattered to themselves and to each other in contemplative satisfaction with their work. One walked back and forth across the dam while the other waded in and out of the now waist-deep water. Without further words, we headed back up stream and up the hill to our car. But before moving on, one of my boys said, “Dad, we need to come back and build more beaver dams!” 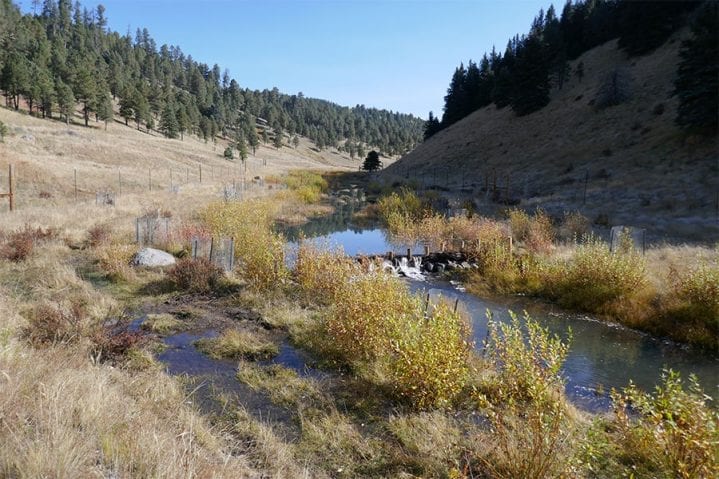 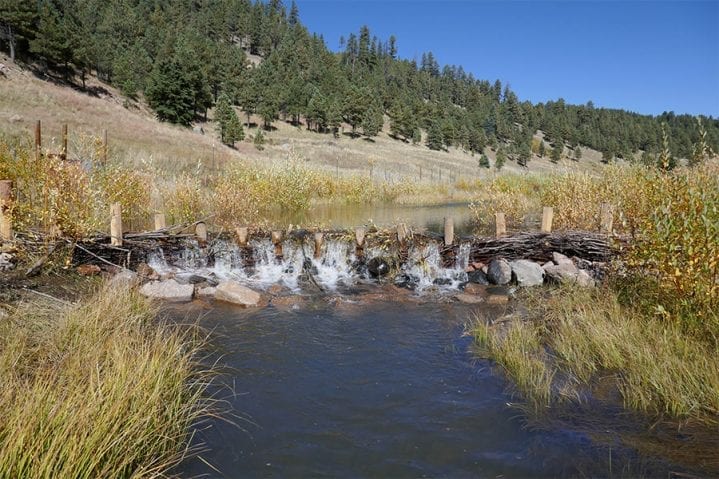 Active beaver have helped to further increase the water table at this dam, utilizing willow planted by WildEarth Guardians in 2014 as both forage and building material. Several weeks after the photo was taken, a beaver family began constructing a lodge just upstream. 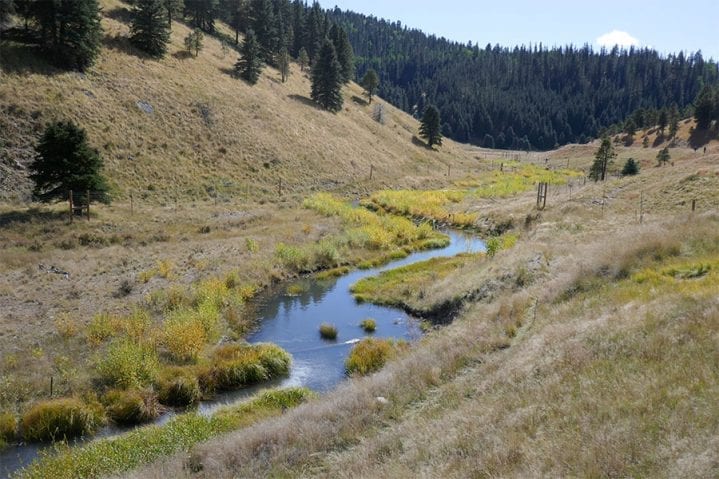 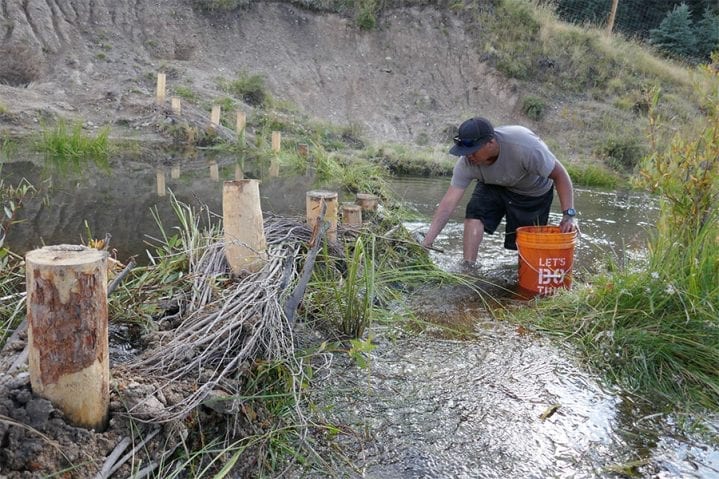 Troy Tafoya, a member of the Guardians YCC crew and beaver-in-training, transplanting sedges and grasses into a “BDA” to create a living structure. 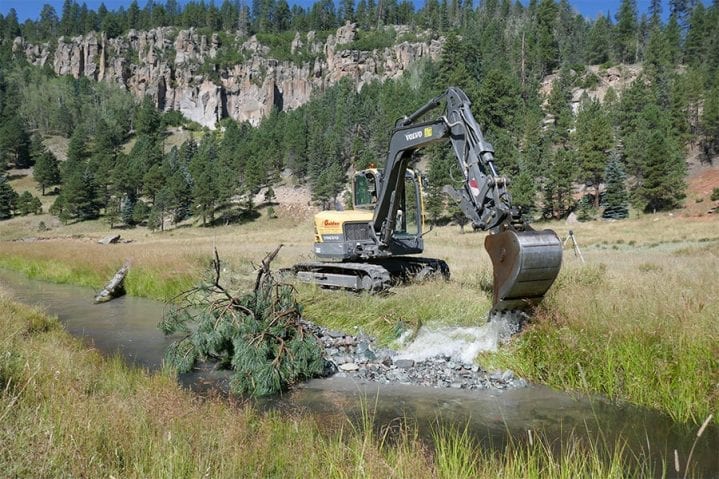 Installing a log cross vane on a linear and incised reach of San Antonio Creek to both induce meandering and provide refugia for fish during high-flow events. 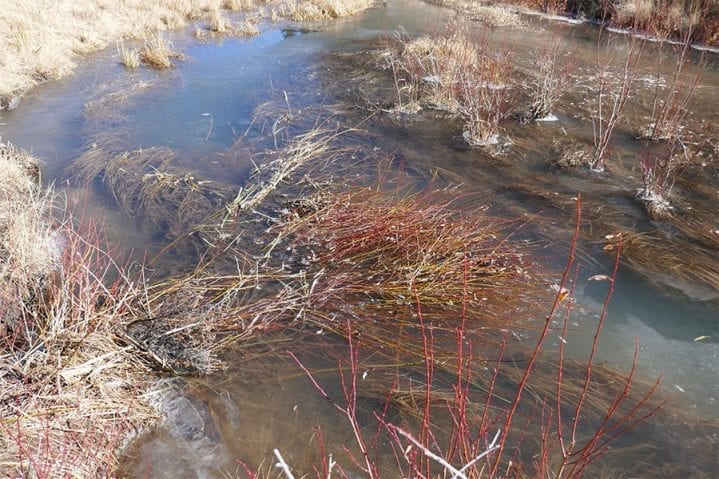 A cache of willow a beaver has placed near the bank entrance to a bank den. Once the stream freezes over for the winter, the beaver will be able to access the willow beneath the water surface, providing it with a food source during the hard winter months. 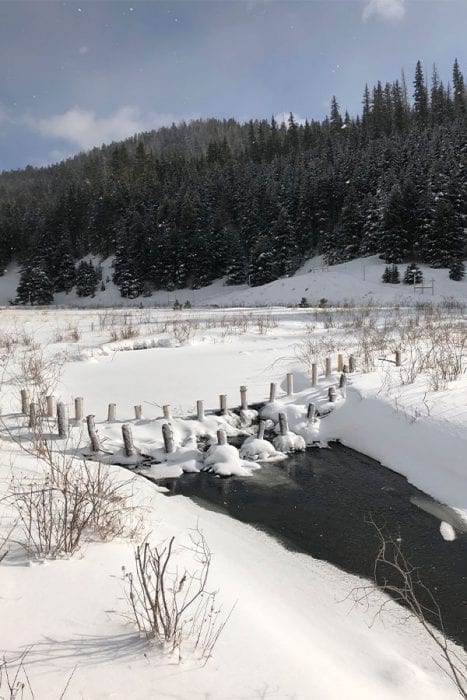 Winter on San Antonio Creek with a beaver dam analog in the snow.