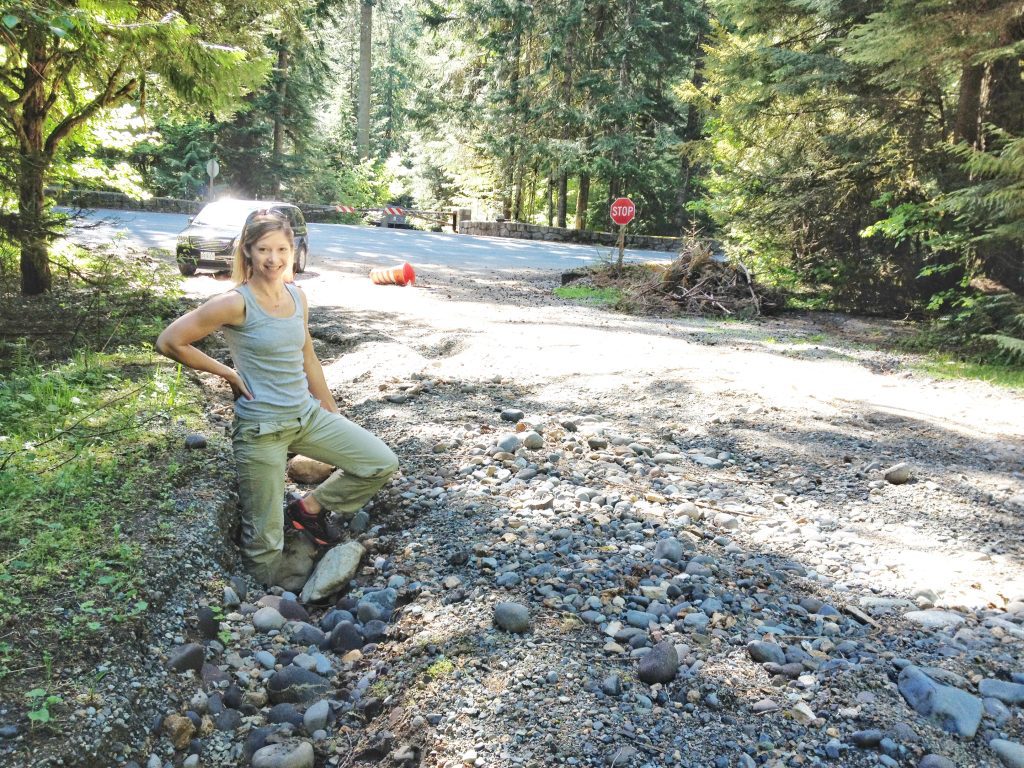 WildEarth Guardians Staff Attorney Marla Fox has made a career out of defending Western public lands and the vast array of native wildlife that call these lands home, but her origins as an environmental lawyer are surprisingly tropical.

As a biology and Spanish major in college, Fox traveled to Costa Rica to study the nest predation rates of olive ridley sea turtles.

“I did a report and some scientific conferences, and all the feedback was, ‘You’re too focused on the social side of things. You should just focus on the science,’” Fox says. “I realized protecting the sea turtles was the part that I cared about—not documenting their demise. That’s when I started thinking about environmental advocacy.”

She applied to Lewis & Clark Law School in Portland, Oregon, for its highly rated environmental law program and planned to move back to her native Minnesota once she received her degree. Instead, she fell in love with the incredible natural beauty of her new home and with its public lands in particular.

After graduation and three years’ work on Clean Water Act and Clean Air Act citizen suit enforcement with the Northwest Environmental Defense Center, a small nonprofit in Portland, Fox received a fortuitous call from the then-wildlife program director at WildEarth Guardians with a job opportunity centered on protecting the same public lands that so captivated her. She signed on as Guardians’ rewilding attorney in 2015 and hasn’t looked back. 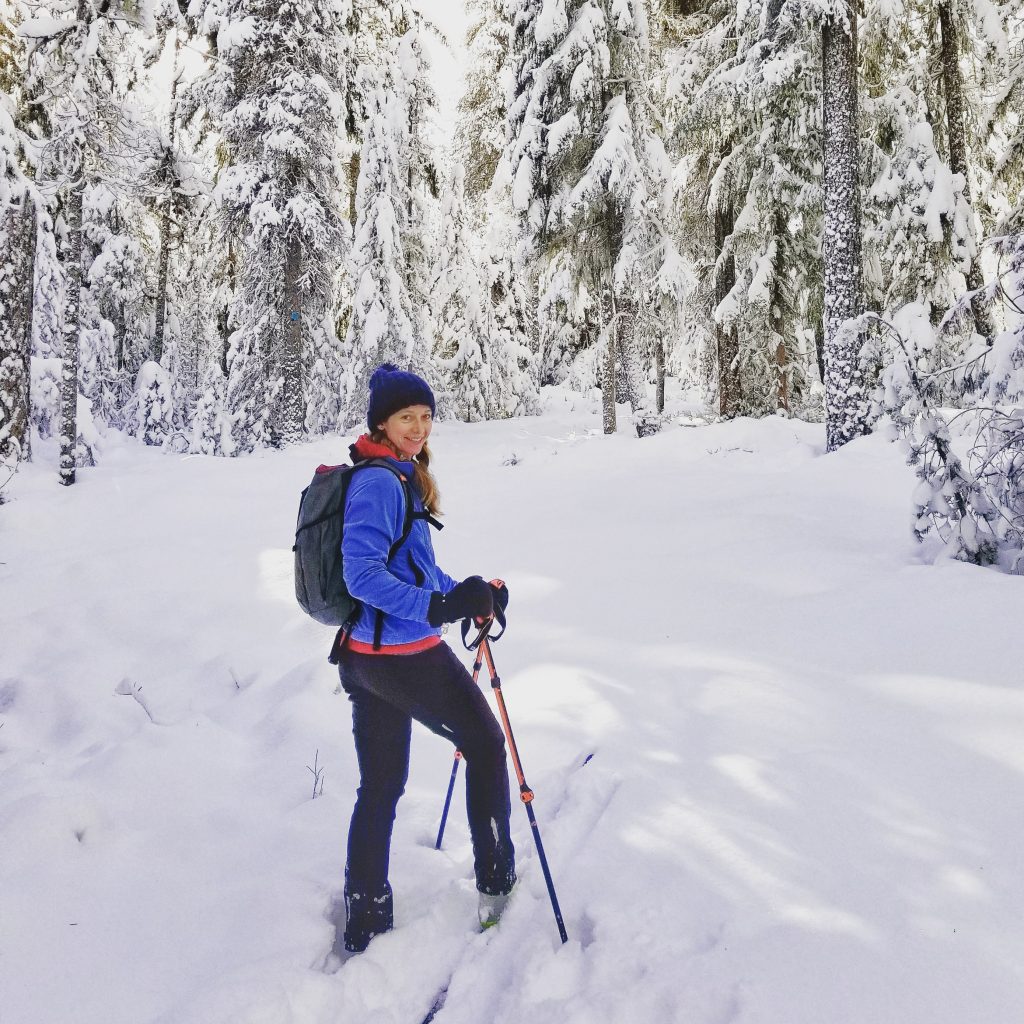 Marla attended law school in Portland, Oregon and quickly fell in love with the public lands of the Pacific Northwest.

As rewilding attorney and now as Guardians’ staff attorney, Fox often faces off against the U.S. Forest Service, litigating against logging, roadbuilding, and off-road recreation plans that would be catastrophic for vulnerable wildlands and imperiled species.

When she observes the Forest Service ignoring science and the public will for the umpteenth time—an experience she likens to “pounding her head against the wall”—she draws from her inner well of positivity. Thus fortified, she resumes her relentless pursuit of justice.

“Even though I’m on the litigation side, where things can be negative and harsh, my positive attitude helps me continue on,” she says.

So do resounding legal victories like her recent win for northwest Montana’s Flathead National Forest, in which she challenged its forest plan. Forest plans provide a blueprint for decades of Forest Service operations and are notoriously difficult to dispute in court. Fox’s challenge forces the Forest Service to rethink its blueprint for devastating logging and roadbuilding schemes in grizzly bear habitat.

The Flathead isn’t the only landscape benefitting from Fox’s expertise. In the past few years alone, she’s safeguarded the snow-drenched Boise and Payette national forests in Idaho and the Teton Division of the Bridger-Teton National Forest in Wyoming from over-snow vehicles rampaging through lynx and wolverine habitat, protected the ponderosa pine groves of central Oregon’s Ochoco National Forest from off-highway vehicles, and abolished ATV use on 117 miles of the Colville National Forest in northeastern Washington state.

Fox credits her ability to achieve success to the so-called “Minnesota nice” side of her personality. “I’ve been told, ‘Oh, Marla is so sweet,’” she jokes. “You can say things really nicely, but the words coming out reveal a harsh legal truth.” 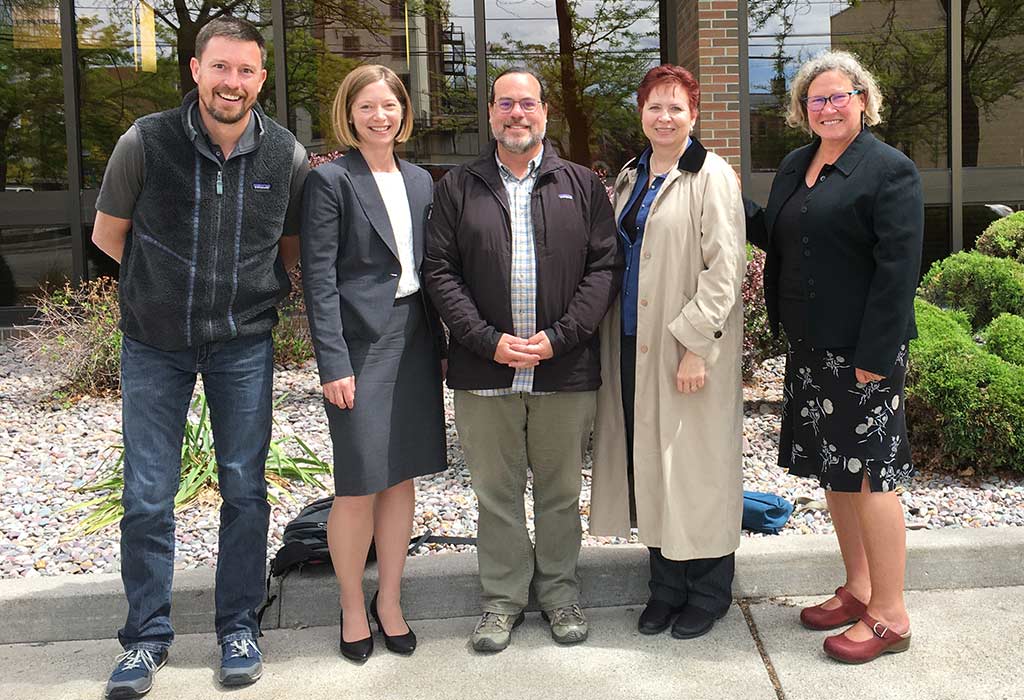 Marla Fox (second from left) with the WildEarth Guardians crew outside the federal courthouse in Missoula, Montana right after Fox’s successful legal argument against the Flathead National Forest’s forest plan.

A foundation of collaboration

Fox is accustomed to taking matters into her own hands. Example no. 1: she spent her honeymoon (yes, her honeymoon) visiting stakeholders and public lands involved in a couple of Guardians projects in Idaho. Example no. 2: she applied for Guardians’ staff attorney position equipped with five cases she was already prepared to file for the organization.

At the same time, Fox is more than willing to join forces with others—something that is part and parcel of nearly all her litigation. Though “corralling all the different voices” of various groups can sometimes present a challenge, Fox enjoys working collaboratively. “When you have a whole coalition of groups with varied interests—some that are very focused on super-local impacts, and others that are national groups focused on broader issues—it tells a much better story to the court. And it makes for stronger cases in the long run,” she says.

Her lawsuit on the Rico-West Dolores area of Colorado’s San Juan National Forest features one such diverse coalition: environmental organizations, hunters, quiet recreationalists, a hot springs resort, and the owner of a backcountry lodge all banding together to protest motorized use that was driving out elk and decimating alpine terrain (the case, which has been fully briefed for a whopping three years, still awaits judgment).

Working alongside those with different backgrounds and perspectives offers Fox a deeper understanding of the issues at hand. “What I love in talking to people who are ‘boots on the ground’ is that they can give you those details that are compelling, that I could never get from sitting in front of the computer,” she says. “It’s extremely valuable, and it is also a reminder that the work is having an impact not just on land and wildlife, but also on people.” 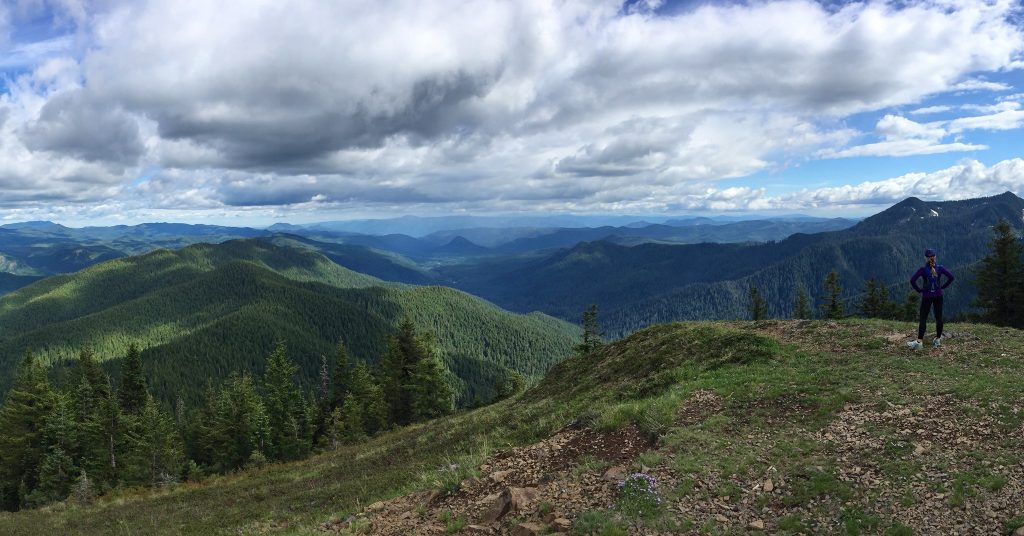 Fox’s next venture, if successful, looks to have a resounding impact on people, forests, and vulnerable species. Along with several other environmental groups, Guardians recently challenged the Forest Service’s Black Ram Project on northwest Montana’s Kootenai National Forest. The project would clearcut thousands of acres of old-growth forest in the Yaak Valley, home to an imperiled population of grizzly bears. To add insult to injury, the Forest Service authorized the project just weeks after the Biden administration proclaimed that “strengthening America’s forests, which are home to cherished expanses of mature and old-growth forests on Federal lands, is critical to the health, prosperity, and resilience of our communities.”

It’s a sentiment the Forest Service, as a government agency, ought to take to heart. And when it does not, we can rely on Fox, armed with her trademark blend of positivity and “Minnesota nice,” to remind it of its duty to protect our national forests.