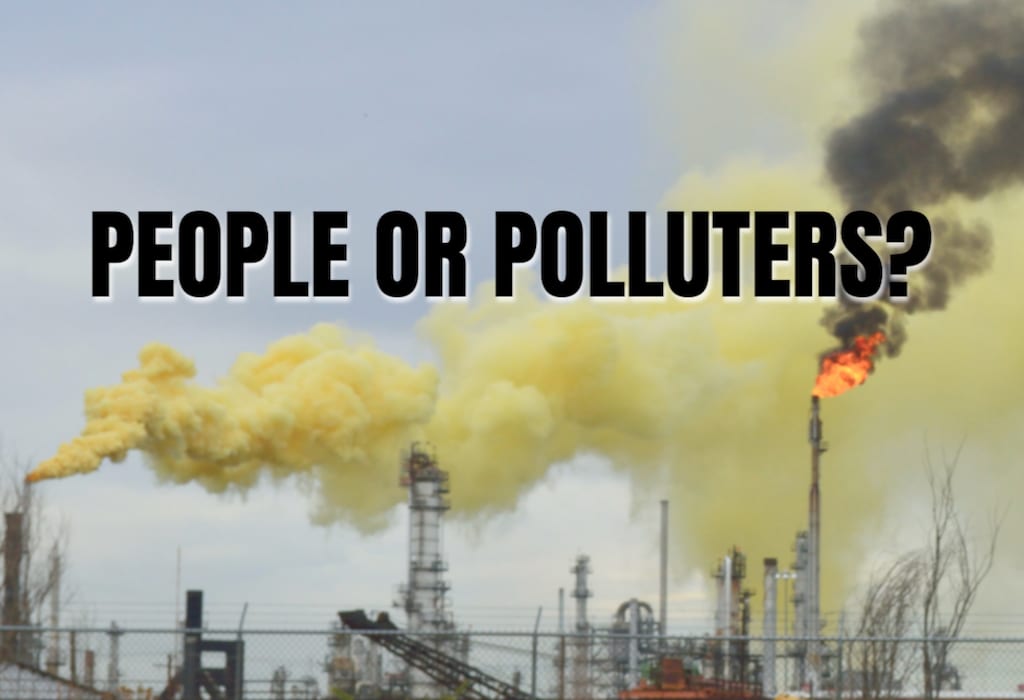 In wake of whistleblower complaints, Governor Polis and Attorney General Weiser have to ensure people, health, and justice come first in Colorado

While Colorado has passed one of the strongest climate laws in the nation and made environmental justice and health a priority, the state’s leaders shockingly continue to let polluters run the roost, endangering people and communities, and threatening to derail action for the climate.

It’s why Coloradans are increasingly asking, are state leaders on their side or the side of polluters? It’s high time they decide. Take action today.

The latest disturbing revelation is a whistleblower complaint filed in late March over the Colorado Air Pollution Control Division’s pattern and practice of approving illegal air pollution permits. The complaint detailed that for more than a decade, the Air Division has illegally approved permits for new mines, fracking sites, gravel pits, asphalt plants, slaughterhouses, and more. 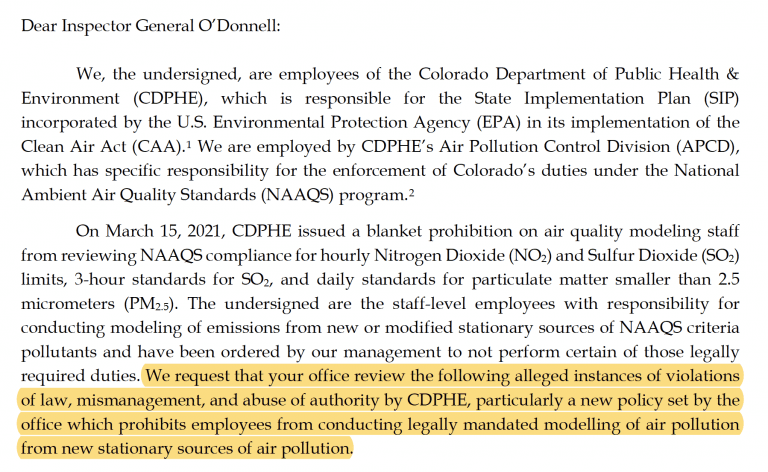 In e-mails submitted with the complaint, the whistleblowers revealed the Director of the Division himself ordered employees to ignore violations and that managers directed staff to falsify data.

In response, WildEarth Guardians, Colorado Latino Forum, 350 Colorado and many others called on Governor Jared Polis to remove the Director and halt the approval of new air pollution permits, while also calling on Attorney General Phil Weiser to launch a legal investigation.

During a virtual press conference, our friend Ean Thomas Tafoya with the Colorado Latino Forum called out the Polis administration for its blatant disregard for the law, and called on the Governor and the Attorney General to take forceful action as a matter of environmental justice. 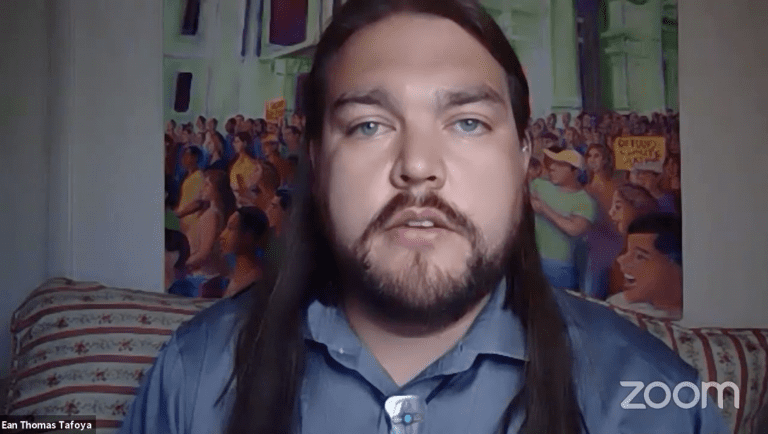 Tellingly, neither the Governor nor the Attorney General have responded.

In fact, the only comment made to date has been a brief statement from an acting spokesperson for the Governor, who said:

“It’s important to note that Colorado is not in violation of any state or federal law or regulation with regard to modeling. There are no federal or state laws in place governing the threshold to have modeling done for minor source permitting.”

This remark vividly demonstrates what people are up against in Colorado.

The issue isn’t about whether the law requires air pollution modeling, it’s about whether state leaders are protecting people from illegal air pollution. Sadly, this truth seems lost on the Governor and his staff, who seem only to care about finding excuses to justify turning a blind eye to real public health threats.

What’s worse is that the latest whistleblower complaint is truly just the tip of the iceberg. The track record of Colorado leaders putting polluters’ interests before people, health, and environmental justice is long and sordid. It includes:

This isn’t about politics, it’s about a state government led by those who seem to care more about protecting polluters than protecting people.

We’re not hopeless, though. Colorado leaders still have a chance to set things right and choose to put people over polluters. It’s going to take more than words, however.

The ball’s in the court of Governor Polis, Attorney General Weiser, and other leaders in Colorado. They need to make a choice. Either they stay the course and confirm that polluters matter most in the state. Or they demonstrate tangible action to protect people, achieve environmental justice, and slash harmful pollution.

The choice is theirs to make. Help them make it.

The Joshua tree needs our help