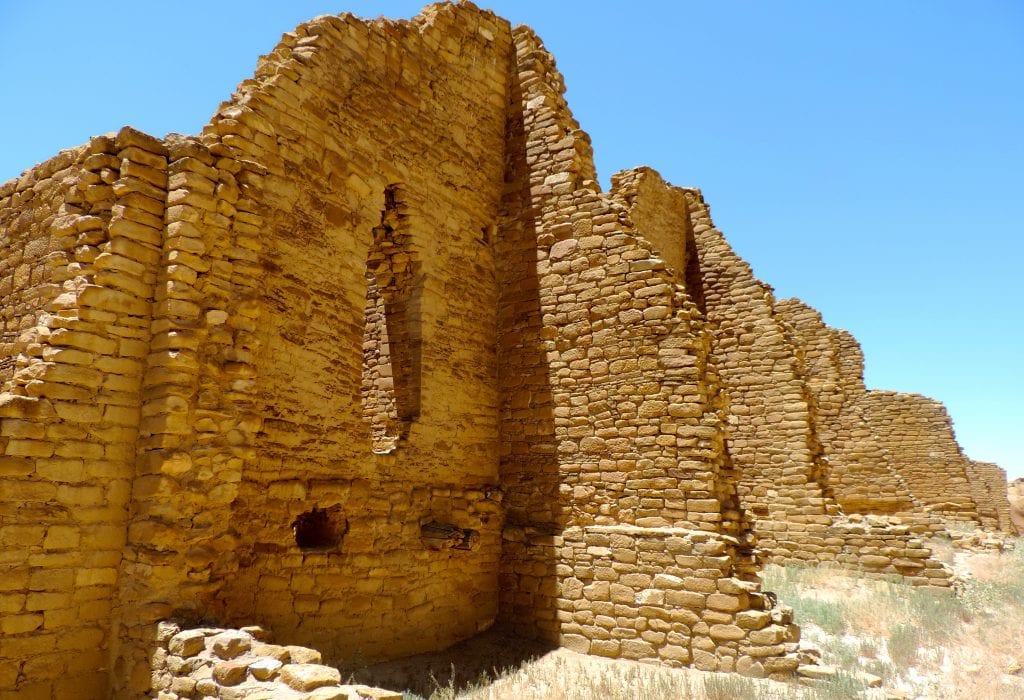 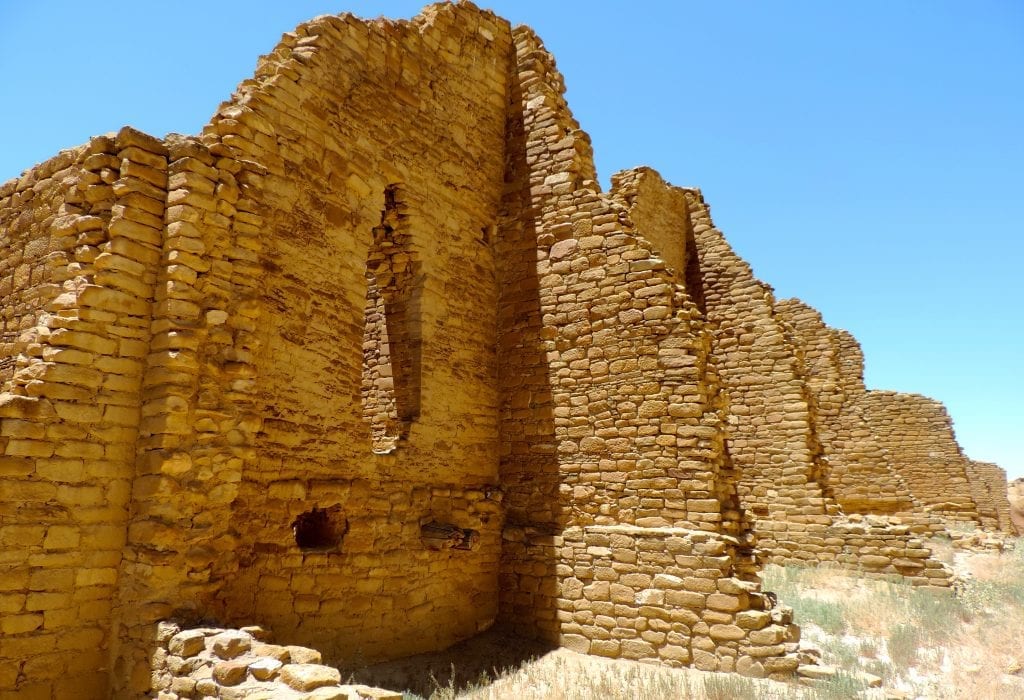 The oil and gas industry and their cronies in the Trump Administration are again setting their sights on the Greater Chaco region of northwest New Mexico, but we’re gearing up to thwart their plans.

In the past week, the U.S. Bureau of Land Management announced plans to auction off nearly 50,000 acres of public lands in this sacred area for fracking, including lands literally on the doorstep of Chaco Culture National Historical Park.

The Greater Chaco region is the home of the Ancestral Puebloan people, who more than 1,000 years ago constructed a thriving civilization within the high desert of the Four Corners region. Chaco Canyon, which is protected as Chaco Culture National Historical Park, is at the heart of Greater Chaco.

We put together an interactive map showing where these parcels are located, check it out below or click here for a full-size version.

Don’t be fooled, though. Deferred doesn’t mean these lands were taken off the table, it just means their sale has been postponed. While we’re breathing a sigh of relief, we know we have to remain vigilant.

Because as you can also see in this map by clicking on the layers tab, the Greater Chaco region is already under siege by the fracking industry.

More than 91% of the region has been sold to the oil and gas industry already and more than 40,000 wells have been drilled. More than 500 have recently been drilled and fracked near Chaco Canyon, the heart of the Greater Chaco region.

While more fracking promises more climate destruction, more loss of public lands, and more threats to the cultural integrity of the landscape, it also threatens present-day Navajo people who reside in the region.

Much of the Greater Chaco region lies within the Navajo Nation. And of the lands proposed for sale this year, may lie within Navajo Chapters, which are local government units within the Nation. As our map shows, the Huerfano, Nageezi, Counselor, and Ojo Encino Chapters all stand to be impacted. 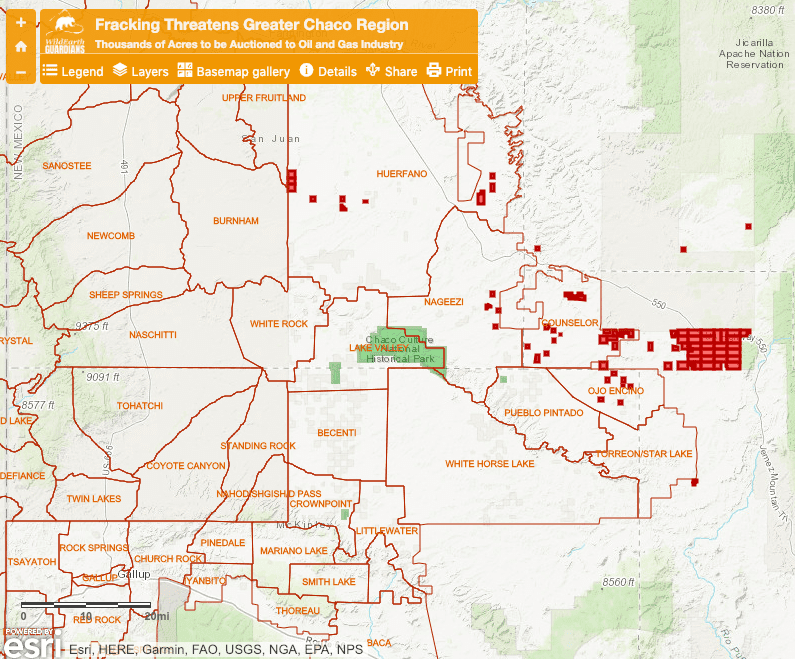 Opposition to fracking in the Greater Chaco region has already been mounting within the Navajo Nation.

In 2017, the Navajo Nation President and Vice President took a stand in opposition to more fracking in the region. Locally, the Ojo Encino, Counselor, Torreon/Star Lake, and Dilkon Chapters have all adopted resolutions opposing fracking in Greater Chaco.

The modern day Pueblo Tribes are also standing up to defend their ancestral lands. The All Pueblo Council of Governors has not only called for a moratorium on fracking in Greater Chaco, they’ve actively resisted the Bureau of Land Management’s past attempts to sell lands to the oil and gas industry.

Together with our Indigenous allies, we’ve been at the forefront of resisting more fracking in this sacred landscape. Last fall, we filed an appeal with the U.S. Court of Appeals for the 10th Circuit to overturn hundreds of fracking approvals.

And we’ve continued to mount challenge after challenge to more fracking sales in the region, bringing forward tens of thousands of comments opposing these giveaways.

At the same time, we’ve been working closely with New Mexico’s U.S. Congressional delegation to strengthen proposed legislation that would protect the Greater Chaco region from fracking and help advance a just transition away from dependence fossil fuels. 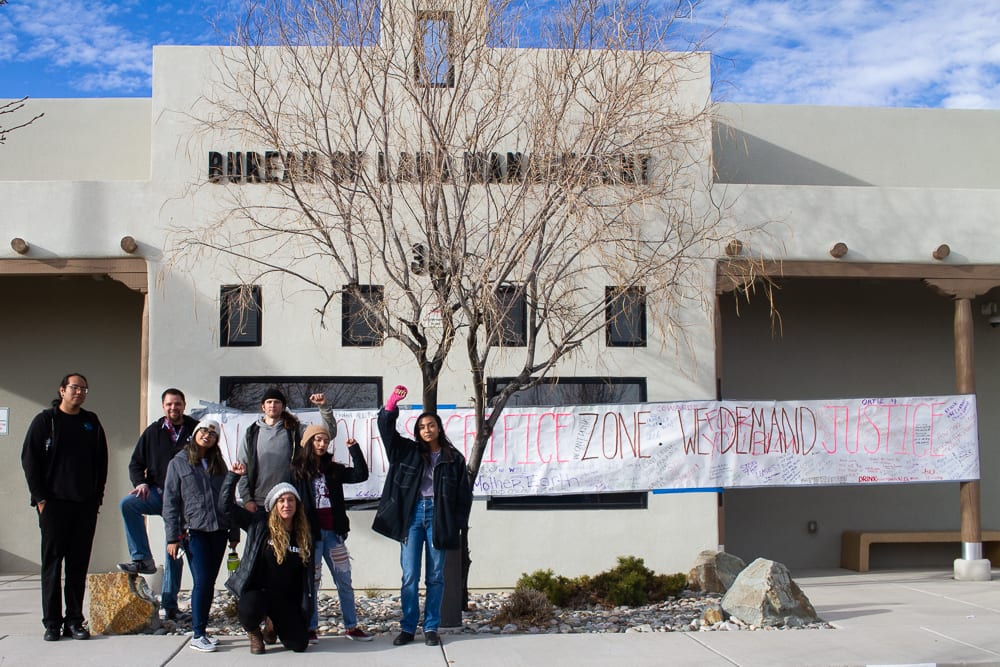 And together with all our members, supporters, allies, friends, partners, and more, we’ve been upping the resistance, showing up in greater and greater numbers to demand justice and protection for Greater Chaco and its peoples.