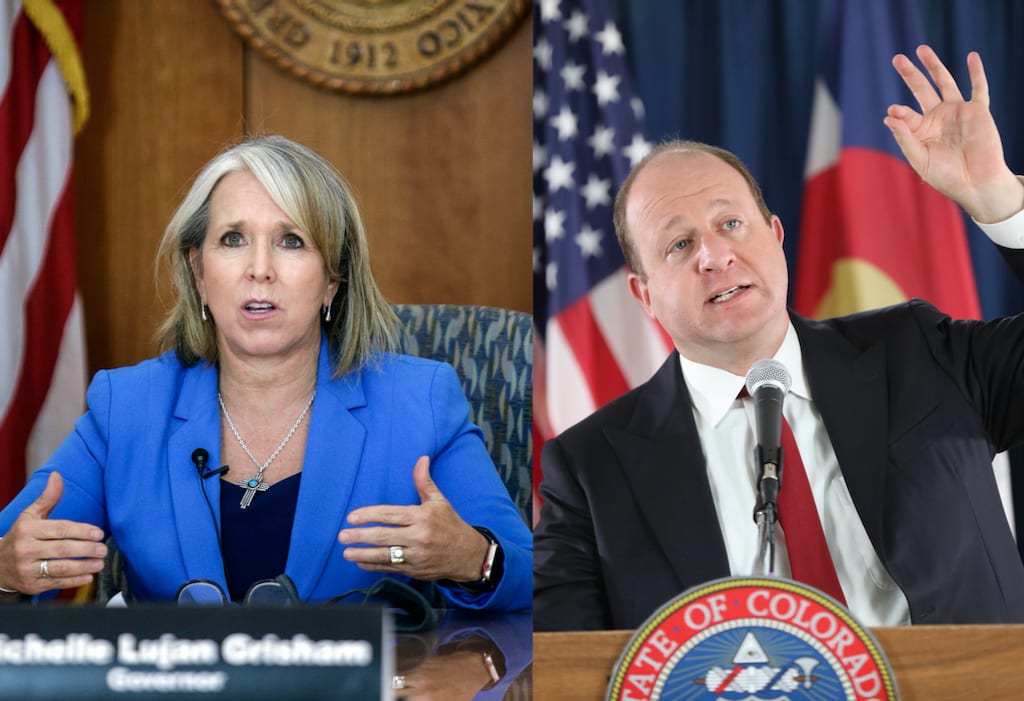 For climate, Colorado and New Mexico governors need to keep fossil fuels in the ground

We’ve written before that if the states of Colorado and New Mexico have any chance of truly confronting the climate crisis, they have to wind down and ultimately phase out oil and gas extraction.

After all, both states produce huge amounts of oil and gas that is shipped to other states for processing, refining, and burning, inevitably pumping more greenhouse gas emissions into the atmosphere. Both states could drastically reduce greenhouse gases within their political boundaries, but still fuel the climate crisis through their fossil fuel exports.

Unfortunately, while Governors Michelle Lujan Grisham and Jared Polis acknowledge the need for bold climate action in their respective states, their plans do nothing to actually transition New Mexico and Colorado away from oil and gas extraction.

When it comes to confronting the oil and gas industry’s climate footprint, all both Governors seem to want to do is target methane emissions from oil and gas wells and pipelines.

Yet as WildEarth Guardians and GreenLatinos pointed out in an op-ed this week, regulating methane is no climate solution. In fact, it has the potential to incentivize even more fracking, setting back climate progress and slowing the pace of global greenhouse gas reductions in Colorado and New Mexico.

Even worse, as we wrote together with Ean Thomas Tafoya of GreenLatinos, methane regulation threatens to perpetuate environmental injustices, putting people of color, low income neighborhoods, and Tribal communities at risk.

Regulating the oil and gas industry’s methane does nothing to right…environmental injustices.

It’s true that methane is a potent greenhouse gas and that keeping these emissions in check makes sense. However, without complementary action to slow and ultimately stop oil and gas extraction altogether, methane regulation is nothing short of greenwashing.

Despite this, when it comes to confronting the climate impacts of the oil and gas industry, both Governors’ plans for bold climate action only call for addressing methane emissions.

In Colorado, the Polis administration in September released its draft “Greenhouse Gas Pollution Reduction Roadmap,” which only calls for near-term action to adopt more limits on the oil and gas industry’s methane. At the same time, the draft Roadmap shows oil and gas production is expected to increase till about 2030. 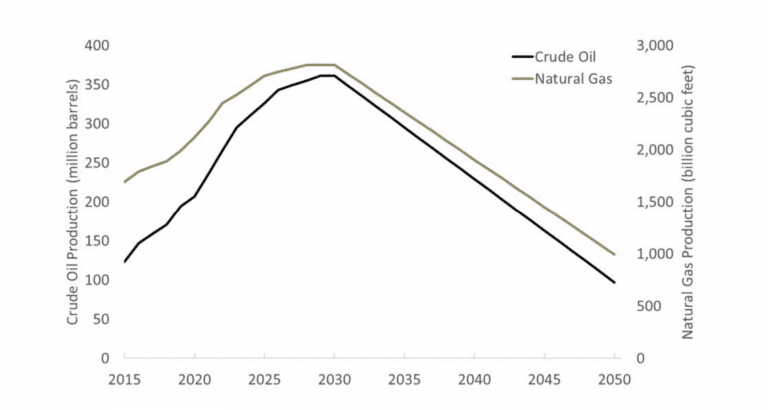 And in New Mexico’s latest climate progress report released this month, the Lujan Grisham administration also only identifies methane regulation as its sole strategy for confronting the oil and gas industry’s climate pollution. Like Colorado, the state projects ongoing increases in oil production beyond 2023. 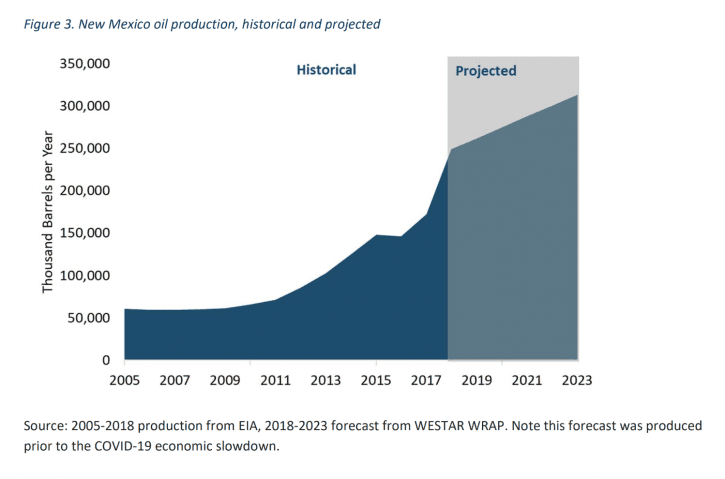 We’ve said on many an occasion, we can’t frack our way to a safe climate.

In spite of this, Governors Lujan Grisham and Polis seem poised to oversee ongoing unprecedented levels of oil and gas extraction in Colorado and New Mexico, which will only keep flooding our atmosphere with pollution and cost our society dearly as the climate crisis rages.

If the Governors are truly serious about meeting bold climate goals, that has to change.

We know you care about #climate @GovofCO, @GovMLG, but real #ClimateAction means transitioning AWAY from oil and gas, not accommodating more #fracking.

We can't #frack our way to a safe climate. All the methane regulation in world won't change that.https://t.co/VDem7cx5Ai

As we stated in our op-ed with GreenLatinos this week, “It’s time for Gov. Polis and Gov. Lujan Grisham to stop talking about climate leadership and start actually taking action to keep oil and gas in the ground. It’s time for the governors to lead a just and complete transition from fossil fuels in Colorado and New Mexico.”

We hope that in the coming months and years the Governors of Colorado and New Mexico will heed the science and reality and send a message to the world that the oil and gas industry’s days are numbered.