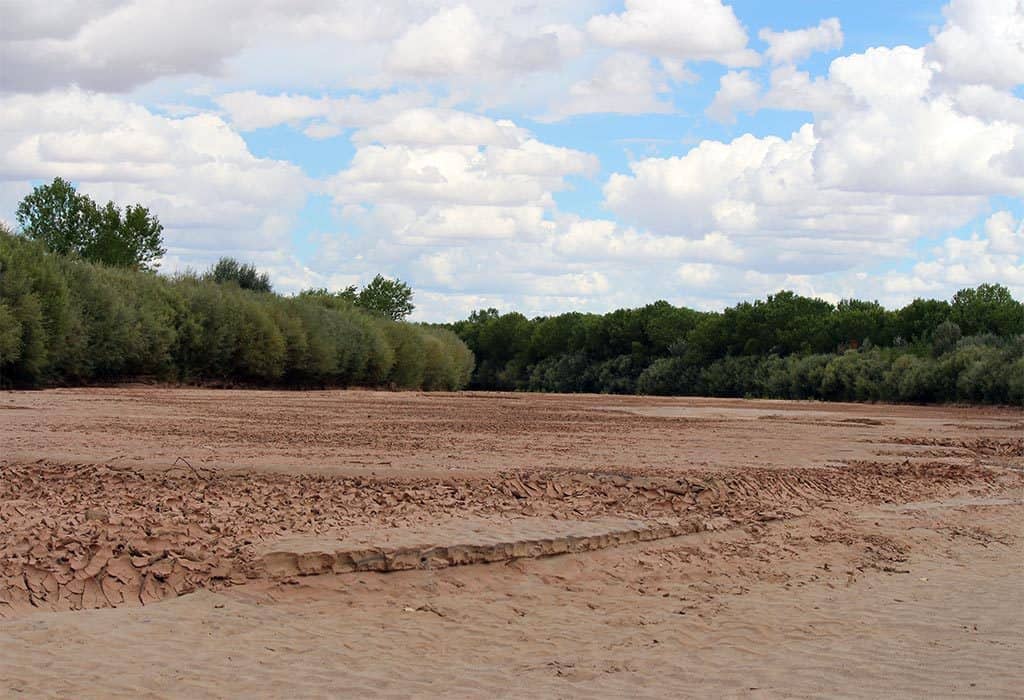 As temperatures in Albuquerque climb into the triple digits, the drought on the Rio Grande becomes more and more dire. The river’s flows continue to recede, leaving vast islands and sandy channels in their wake.

Reports on the state of the river—including front-page stories in the New York Times this past May and Denver Post this Sunday—point to climate change as the sole cause of dry conditions on the Rio. Far from it: instead, climate change is exposing the flaws in Western water policy that have brought us to this point.

Three main flaws in water policy and enforcement are driving the situation in the Rio Grande this year. First, the Rio Grande Compact, an archaic water contract between Colorado, New Mexico, and Texas, fails to equitably allocate water between the states in dry years (in fact, the compact is based on river flows during an especially wet year). Second, the state of New Mexico is not showing leadership or accountability to ensure New Mexico’s water future is sustainable. Third, the Middle Rio Grande Conservancy District continues to dole out water to farmers in the Middle Rio Grande despite the anticipated record low flows regardless of their priority of claim to the water.