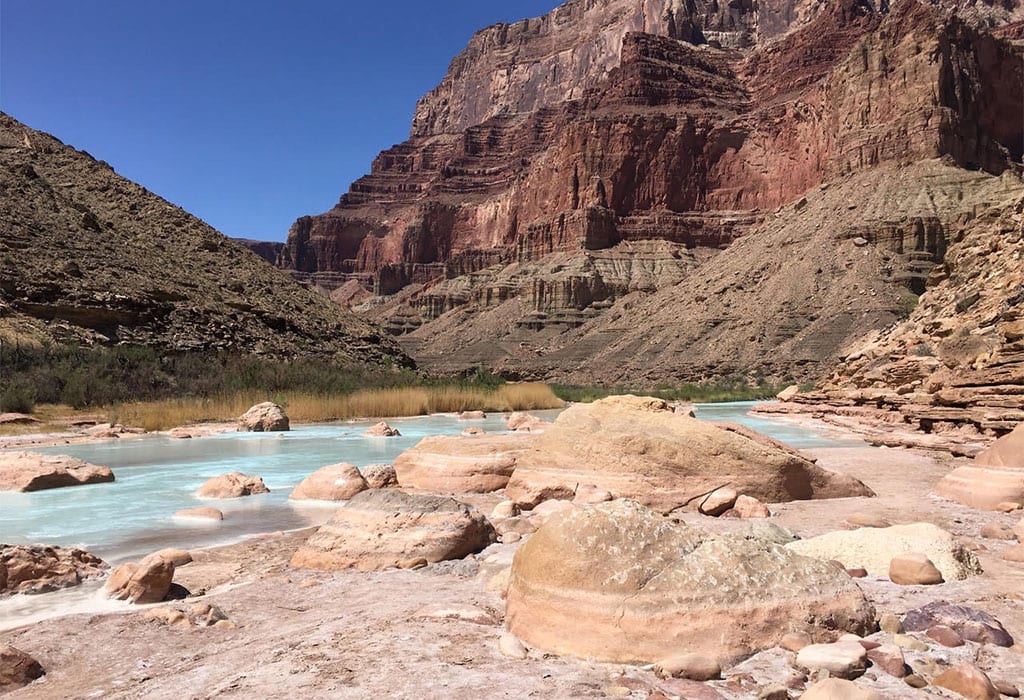 Dams half a mile from the Grand Canyon?

Guardians, allies intervene in ludicrous effort to flood one of America’s most stunning landscapes

Guardians and allies are seeking to intervene and oppose preliminary permits for a series of new dams and reservoirs on the Little Colorado River, half a mile from the Grand Canyon and just steps from Grand Canyon National Park.

The new dams and reservoirs would change the timing and flows of the Little Colorado River, lowering its temperature and eliminating its famed milky turquoise waters prized by rafters. They would also annihilate the spawning grounds of the humpback chub, a fish protected by the Endangered Species Act.

We know that flooding one of America’s most stunning landscapes is a terrible idea—and we’re hoping the Federal Energy Regulatory Commission (which oversees these proceedings) views this appalling proposal for what it is: a company using our American heritage for the purposes of speculation.

Cascade of water begins for Chinook salmon and winter steelhead