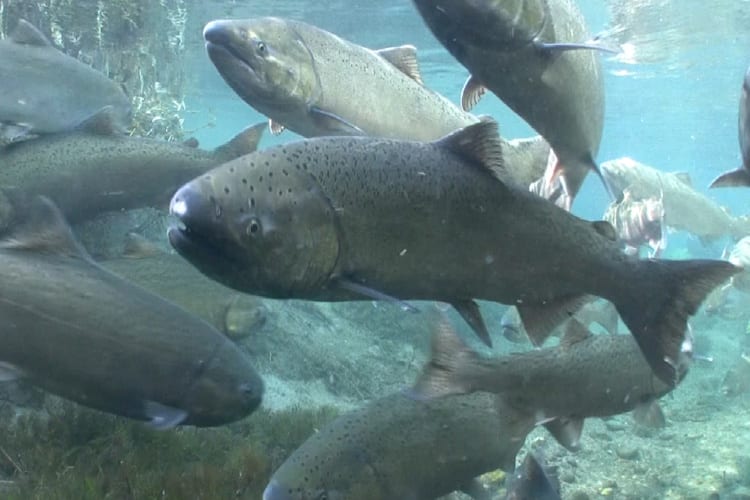 In an effort to protect imperiled Chinook salmon and winter steelhead in Oregon’s Willamette River and ensure adequate water is available to support a living river for the species, conservation groups have filed a lawsuit in the U.S. District Court of Portland. The groups—WaterWatch of Oregon, Northwest Environmental Defense Center, and WildEarth Guardians, represented by Advocates for the West—asked the Court to pause the Willamette River water reallocation plan until the U.S. Army Corps of Engineers (Corps) and National Marine Fisheries Service (NMFS) have completed their Endangered Species Act (ESA) consultation.

In the Willamette River basin, wild spring Chinook salmon and winter steelhead are on the brink of extinction. The Corps, who maintains and operates 13 dams in the basin, is required under law to manage those dams so as not to harm these species listed as “threatened” under the ESA. To that end, the Corps is currently in renewed talks with NMFS to identify management options needed to protect and restore these treasured populations of iconic fish. Despite being in the middle of this important consultation process, the Corps is acting to eliminate potential water management options at the dams that could save Willamette River salmon and steelhead.

“The Corps continues to ignore its responsibilities bestowed upon it by Congress to protect healthy rivers and threatened fish” said Marlies Wierenga, WildEarth Guardians. “Oregonians want living rivers with clean water and healthy, abundant runs of wild fish. It’s time for the Corps to realign its priorities.”