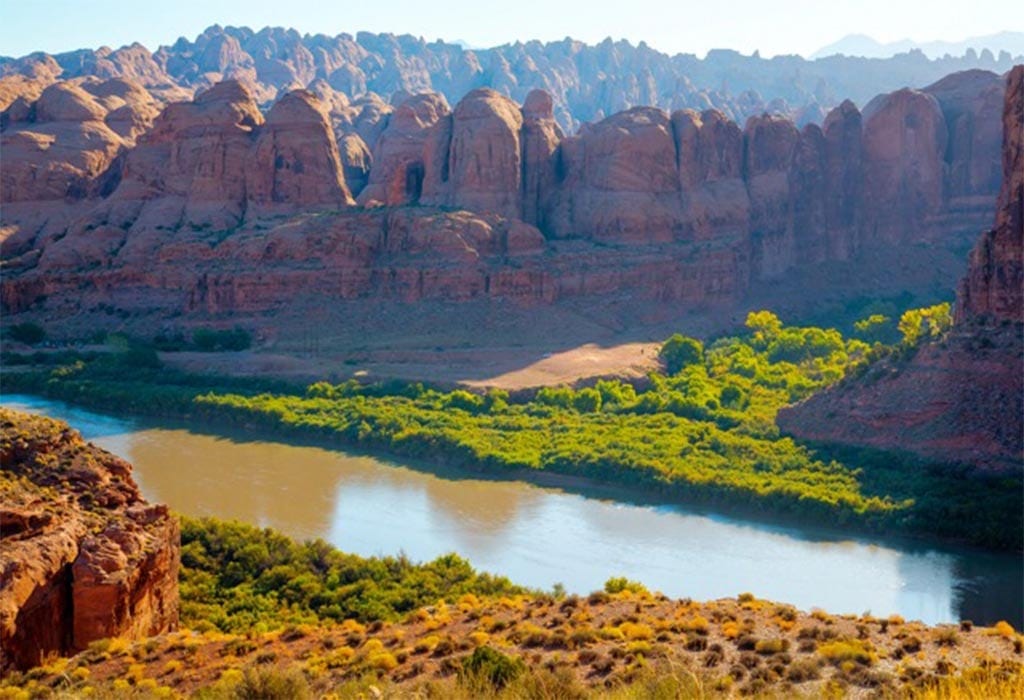 No state’s politicians get riled up about the “tyranny” of public land ownership quite like Utah’s.

Back on 2015, Representative Rob Bishop (R-UT), chair of the House Natural Resources Committee, told a gathering of state land commissioners that, “If anyone likes the Antiquities Act, the way it is written, die. I need stupidity out of the gene pool. And it is the most evil act ever invented.”

At a conservative gathering a few months ago, U.S. Senator Mike Lee (R–UT) claimed the federal government has a “stranglehold on the West.” He vowed to introduce legislation that would “take back” federal lands and return them to the states. “We all agree on the problem. We all know the impact federal lands have on everyday Utahns. And we all know the solution is to actually transfer these lands to the people,” Lee said.

Given these attitudes it’s no surprise that Bishop and Lee, along with the rest of Utah’s Congressional delegation—Senator Orrin Hatch and Representatives John Curtis, Mia Love and Chris Stewart—have sponsored more than 20 pieces of anti-public lands legislation in the current Congress. Here are the worst of those bills:

Because nothing gets the Utah Congressional delegation more riled up than national monuments, it has sponsored four different bills that would either limit the scope of a President’s authority to designate monuments, or codify Trump’s illegal orders in 2017 to drastically reduce Bears Ears and Grand Staircase-Escalante National Monuments.*

Representative Bishop’s National Monument Creation and Protection Act would amend the Antiquities Act, the statute giving Presidents the authority to designate monuments, by prohibiting monuments that protect natural geographic features or marine environments, setting a maximum size of 85,000 acres for any monument, and requiring approval from the relevant county government, state legislature and governor for any monument larger than 10,000 acres. Bishop’s bill would also authorize Presidents to shrink existing national monuments, a power not granted under existing law.**

Meanwhile, Senator Lee’s Protect Utah’s Rural Economy Act—he probably refers to it as the PURE Act—offers a strictly parochial Antiquities Act amendment: no new monuments in Utah without authorization from both Congress and the Utah state legislature.

Despite the Utah delegation’s disdain for national monuments, this bill would establish a new Jurassic National Monument in the San Rafael Swell region of east-central Utah. The designation, however, comes with more than one catch: the monument would be quite small—less than 2600 acres—and the rest of the bill is laced with provisions that benefit local and state interests at the broader public’s expense.  It designates a motorized and mechanized recreation area and lets the state co-manage it; establishes a land exchange program by which state school trust lands are traded for public lands with high potential for energy development; gives away more than 2,700 acres of public lands to the county; and sanctions existing travel routes across public lands throughout the county, including illegal OHV routes.

This bill would give away about 20,000 acres of public lands to Washington County in the southwest corner of the state and require that it be used as an OHV riding area. It would also mandate a land exchange between BLM and Utah’s School and Institutional Trust Lands Administration (SITLA). With the trade SITLA would acquire lands better situated for energy and mineral exploitation, while BLM would be required to manage the SITLA lands for more OHV riding. Finally, the bill would designate a corridor for the Lake Powell Pipeline, a scheme to move 69,000 annual acre-feet of water 140 miles from the Colorado River reservoir to St. George, Utah. The water would feed and encourage sprawl in St. George, one of the fastest growing metropolitan area in the country.

This is another effort to strip federal agencies’ authority while encouraging sprawl in Washington County. The legislation orders the Bureau of Land Management to designate a new highway corridor across the Red Cliffs National Conservation Area, an important desert tortoise stronghold. Tortoises would be killed during highway construction. The highway would fragment habitat and expand the wildland urban interface that provides cover for coyotes and ravens that prey on young tortoise. In order for construction of the new highway to comply with the Endangered Species Act, the legislation directs U.S. Fish and Wildlife Service to adopt a revised habitat conservation plan that offers sham conservation benefits.

* This tally includes only bills that have a Utah Congressperson as the primary sponsor. Senator Orrin Hatch has co-sponsored several national monuments bills not included here.

**The Antiquities Act does not authorize reductions to existing monuments. This provides the basis for the lawsuits that Guardians and co-plaintiffs filed to overturn Trump’s orders reducing Bears Ears and Grand Staircase-Escalante National Monuments.