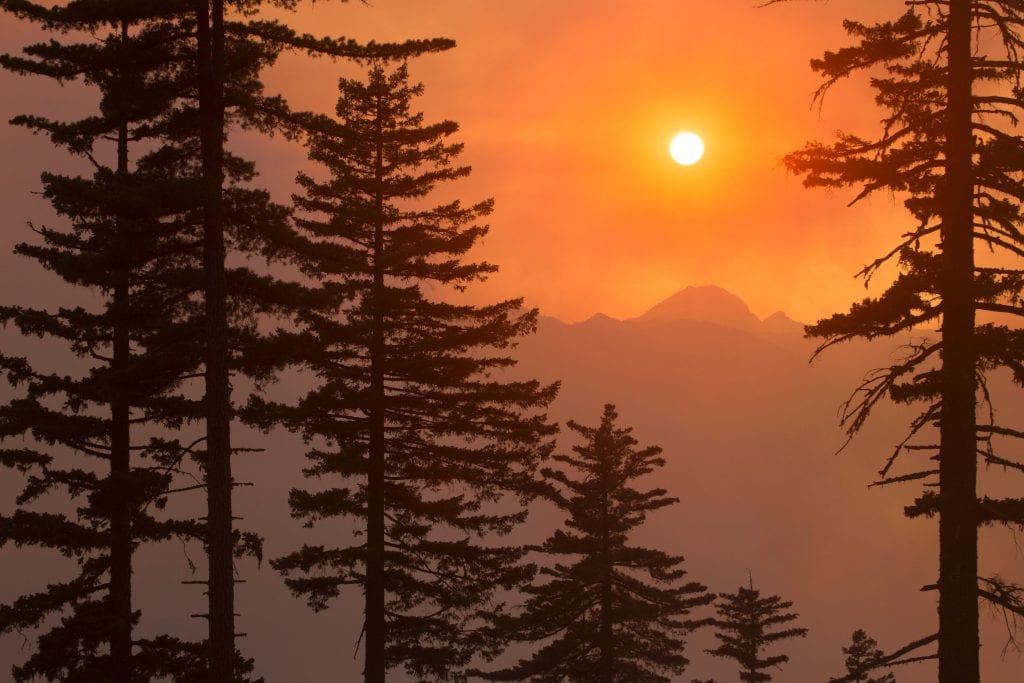 We can’t fireproof fire-dependent forests, but we can protect homes from wildfire

The best way to protect homes and public safety in fire-prone forested areas is to focus on the Home Ignition Zone, not more logging and roadbuilding

This year’s wildfire season is well underway, not just in the Southwest where extreme temperatures and mega-drought continue to bake the region, but also in the Northern Rockies and Pacific Northwest, which are under a record-shattering June heat wave. How oppressive has the heat been? It was 116 degrees in Portland, Oregon on June 28. Clearly, the climate crisis continues to redefine our new normal as the American West struggles with the worst drought in 1,200 years and wildfires burn at unprecedented levels.

Researchers from the Universities of Montana and Wyoming recently published findings that show wildfires are burning more high-elevation forests now than at any time over the last 2,000 years. Couple this with the fact that humans cause between 80-90 percent of wildfires, and the logical conclusion is that we urgently need to protect forests and stop burning fossil fuels.

Meanwhile, some lawmakers, federal and state agencies, and timber industry proponents claim that wildfires can be—and must be—stopped by more logging. The tired refrain goes that fires won’t burn if we just suspend environmental safeguards and allow tree “thinning” and associated road construction across vast landscapes. Of course, fires do not burn without fuel and decades of fire suppression have prevented fire from playing its natural role, in some ecosystems more than others. However, despite the scary images and rhetoric, most fires have a range of severity leaving some patches entirely unburned, or burned at low to moderate intensity. Fire plays a crucial role in providing habitat for species that rely on burned areas, and most forests need fire to regenerate— even high severity fire. In other words, wildfires—including high intensity fires—are an essential component of healthy forest ecosystems.

Ignoring these facts and well-established science, some lawmakers are once again pushing bad logging bills. But after the massive 2020 fire season, calls for landscape-scale thinning were quickly refuted. The retired Dean of the College of Forestry and Conservation at the University of Montana explained, “all the forest management in the world won’t stop forests from burning at higher levels unless we turn down the heat.”

Of course, communities adjacent to forested areas need real solutions to help protect their homes, solutions based in facts and science, not rhetoric and fear mongering. Yet, instead of keeping the focus on community protection and the immediate area around homes, bills and policies that purport to “restore” landscapes by logging and thinning remote areas on America’s public lands do little except give property owners a false sense of security.

The science is clear that the best way to protect public safety and communities in fire-prone forested areas is to focus on the Home Ignition Zone (HIZ), which is home and the immediate area extending 100 to 200 feet around structures. The National Fire Protection Association explains that following its guidelines within this zone will “interrupt the fire pathway and keep flames small, which creates a defensible space to help slow or stop the fire from spreading.” As the preeminent fire scientist Dr. Jack Cohen recently explained “ignition resistant communities based on the collective HIZs effectively address wildland-urban fire as a home ignition problem.”

Instead of playing politics and stoking public fear, federal and state agencies must work with property owners and communities to take these simple, yet effective, steps. And lawmakers must provide the authority and funding to do so.

The best way to manage wildfires is allowing them to play their natural ecological role wherever possible, and to promote true restoration that creates larger tracts of intact forests by removing unneeded roads. At the same time, lawmakers, federal and state agencies, and timber proponents need to stop promoting logging and thinning as a means to control wildfires. No one talks about hurricane-proofing the Gulf Coast, or tornado-proofing Oklahoma, and similarly, we cannot fire-proof forests. Only by taking bold action to address the climate crisis will the situation improve, and in the meantime, forests are going to burn as they adapt to hotter and drier conditions, which is why we need more ignition resistant communities and fewer opportunities for people to inadvertently start wildfires. 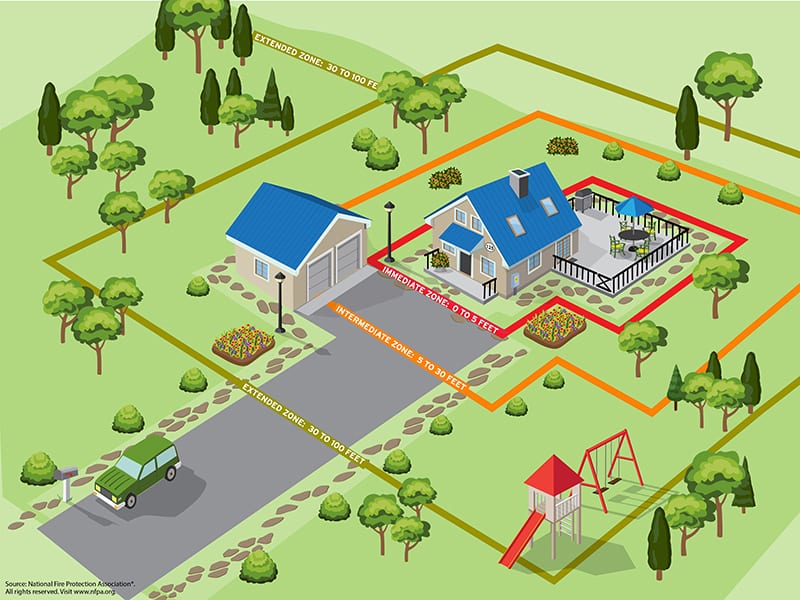 The concept of the Home Ignition Zone was developed by retired USDA Forest Service fire scientist Jack Cohen in the late 1990s, following some breakthrough experimental research into how homes ignite due to the effects of radiant heat. The HIZ is divided into three zones. Graphic and caption by National Fire Protection Association.