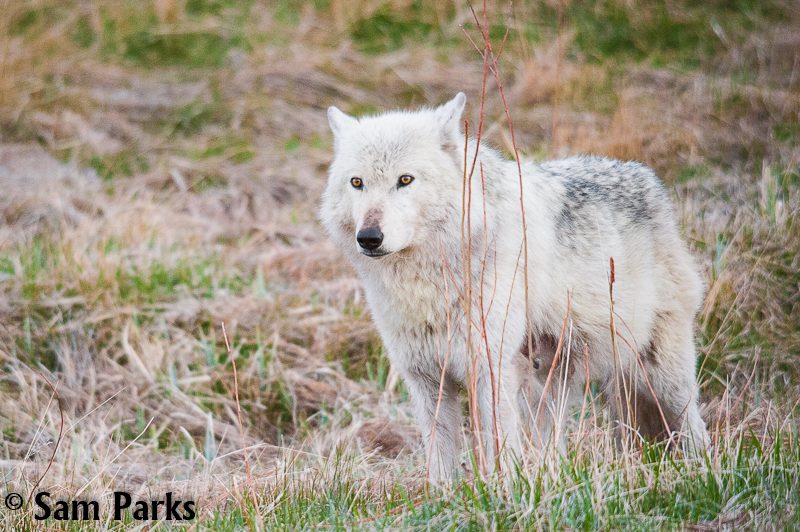 The war on wolves is escalating

Guardians is fighting to restore federal protections to majestic gray wolves, so show your commitment and love for wolves by becoming a monthly sustainer

Idaho’s new wolf killing law authorizing the slaughter of up to 90% of wolves in the state went into effect on July 1. Already trappers and hunters have brutally killed wolf pups in dens and entire families of wolves. It’s as bad as we imagined and likely will get worse.

Right now, Montana’s Fish & Wildlife Commission is charged with implementing new laws that expand the wolf trapping season, authorize strangulation snares, and allow bait to lure wolves and even hunting with night vision scopes. Once executed, the new laws could lead to thousands of wolves slaughtered across the northern Rockies in the coming months.

We, as Guardians, are working to stop the cruelty and bloodshed not only in Idaho and Montana, but across our nation.

Since January, we’ve been in court challenging the Trump administration’s delisting of gray wolves across most of the lower 48 states.

In May, we called on the Biden administration to immediately restore Endangered Species Act protections to gray wolves in the northern Rockies.

In June, we launched a campaign to overhaul state management of wolves, releasing planning guides and resources for management agencies, and creating advocacy tools and roadmaps for wolf advocates to demand change from the agencies that manage—and too often kill—wolves.

We’ll need your help—with both your actions and your financial support—if we are to succeed. One of the most impactful ways to bring about our vision for wolves is by joining our Wild Bunch with a sustaining monthly gift.

Your recurring financial support of $5, $10, $20, or more each month will ensure wolf defense and wolf coexistence is funded for the long haul.

More than 500 Guardians just like you have already signed up as monthly donors. I invite you to join me, and them, as Wild Bunch sustaining members. For wolves. For coexistence. For our shared future.