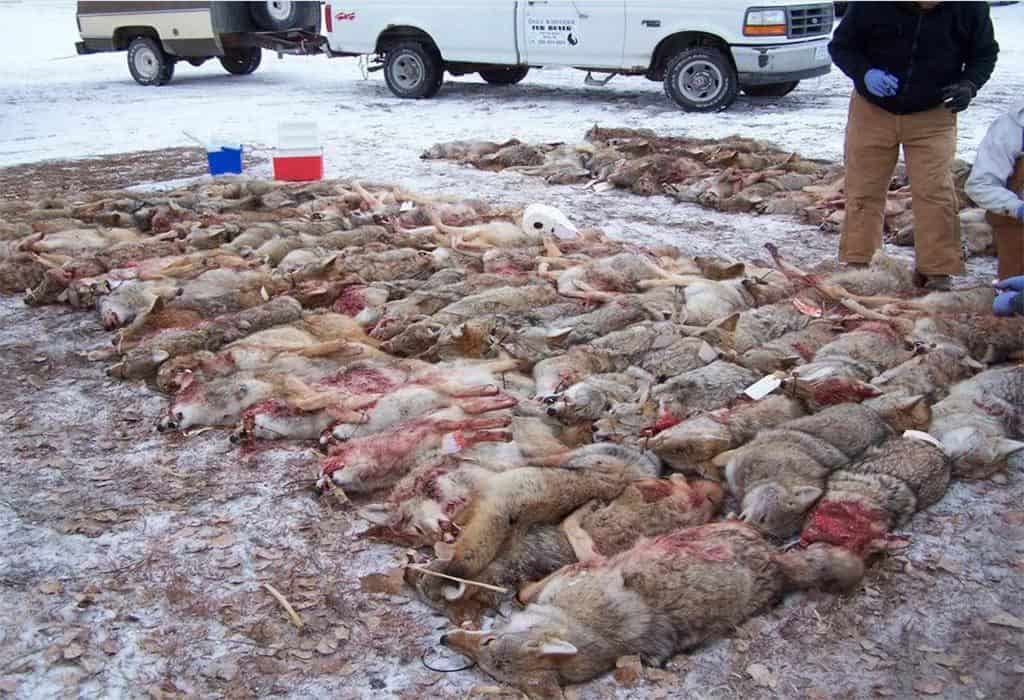 Wildlife Killing Contests is—as intended—extremely difficult to watch. The recently released twenty-five-minute documentary, produced by Filipe DeAndrade and Brian Moghari in partnership with Project Coyote, contains graphic footage of animals being callously slain for entertainment and prize money, only to be added to piles of carcasses used for vain photo opportunities. As gruesome and stomach-turning as this footage is, the most sickening part is the simple fact that wildlife killing contests remain legal in over forty states, including across public lands.

Wildlife killing contests are prize-driven competitions to see who can kill the most target animals—such as bobcat, wolves, foxes, pumas, and, most of all, coyotes—in a given period of time. Offering the perspective from hunters, historians, activists, policymakers, and ranchers, this film makes clear that these brutal events targeting native wildlife constitute an unethical bloodsport, often motivated by prize money, with no scientific basis in ecosystem management.

Debunked and specious claims of “predator management” promoted by contest organizers and participants are convenient justifications for these killing contests that hold no scientific merit. Peer-reviewed studies have demonstrated that not only do these contests serve no legitimate ecosystem management purpose, they can actually exacerbate livestock depredation and human-wildlife conflict.

Throughout the documentary, we are faced with scenes of senseless and wasteful violence. “What’s the plan?” one contestant in the film asks another as they scout the Texas backcountry in the 2020 West Texas Big Bobcat contest, which paid the winning team over $50,000. “Kill s–t, get money,” his fellow contestant responds. Both laugh. As the film progresses, we watch as they bring down various species, eventually throwing the animals into a pile of carcasses in the bed of their truck.

Elsewhere in the film, we witness a snowmobiler gleefully running over a coyote, picking it up and slamming its head against the snowmobile, and stuffing its carcass in the back compartment of the snowmobile. Many of the film’s scenes, such as these, are so disturbing that reserving judgment becomes impossible. The motivations of contest participants in the film are not driven by a code of sporting ethics, but rather by prize money and the sheer entertainment of killing as many animals as possible.

Tragically, in the United States, half a million coyotes are killed each year, or one per minute. Killing contests remain a significant cause of these deaths, including for coyotes living on public lands. Just this year, nearly 300 coyotes were killed in one Oregon contest over the span of two days. Recently, a bill banning coyote killing contests passed through the Oregon House with bipartisan support and now is before the Oregon Senate.

In fact, there is growing momentum nationwide to ban these brutal events. Currently seven states—Arizona, California, Colorado, Massachusetts, New Mexico, Vermont, and Washington—have banned some form of wildlife killing contests. Maryland will become the eighth state once the governor signs a bill just passed by the Maryland Legislature. All of these bans have happened within the last seven years, thanks in part to the dedication and determination of many groups and activists, including WildEarth Guardians and our supporters. As we continue working hard with our allies to end these barbaric and reprehensible killing contests nationwide, we could use your help to score a win against brutality.

Such encouraging momentum supports the film’s ultimate message: with enough political pressure by concerned people demanding action from their policy makers, these unsound and unethical contests will finally end. 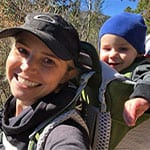