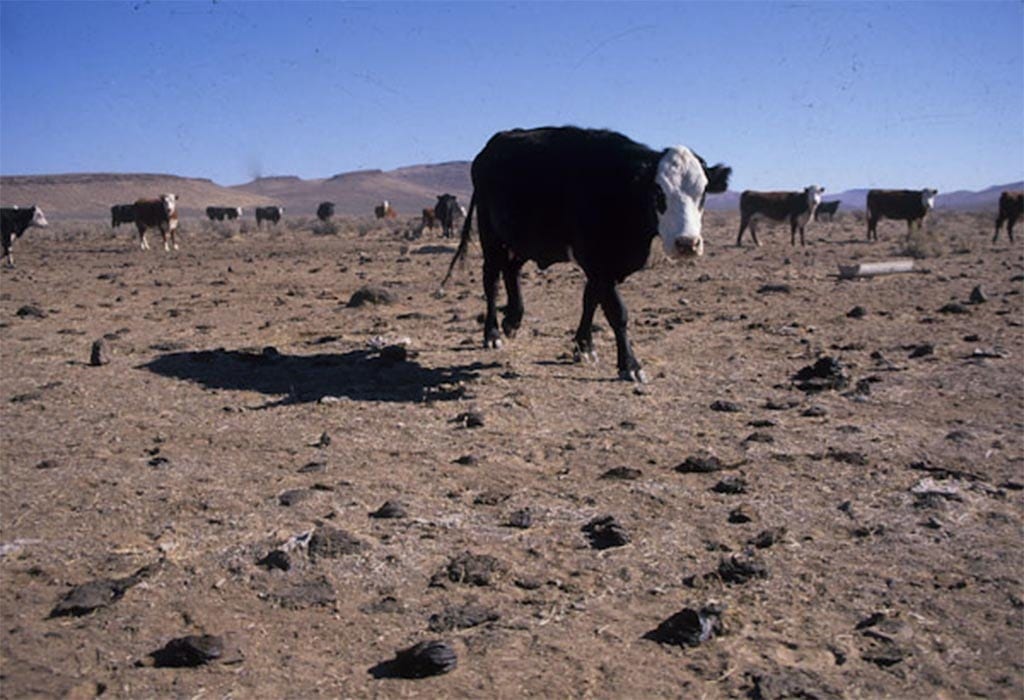 According to an article published on September 28, the Biden administration is considering including millions of acres of federal public lands permitted for cattle and sheep grazing toward meeting the goals of the 30×30 Initiative and “American the Beautiful” Program. Approximately 250 million acres of public lands—nearly 400,000 square miles—administered by the U.S Forest Service (USFS) and Bureau of Land Management (BLM) for livestock grazing would count as “protected” land under the recent announcement.

While much of the public (and apparently some in the Biden administration) might not know the difference between a national park, national forest, or BLM-administered public lands, the differences are stark. Most importantly, Forest Service and BLM lands are not necessarily managed to protect native wildlife and clean water or sequester atmospheric carbon, despite agency claims that they manage their lands for “long-term sustainability.” While the Forest Service’s Deputy Chief Chris French says “the majority of National Forest System lands meet the conservation goal” laid out in 30×30, history and reality demonstrate this statement is not based in reality.

For instance, there is a particular project in the Medicine Bow National Forest in Wyoming called the Landscape Vegetation Analysis Project, which will allow for cutting of up to 288,000 acres over the next 15 years. This includes the ability to clearcut up to 86,000 acres and bulldoze in up to 600 miles of “temporary” logging roads. The notion that national forest lands like these should be included in the America the Beautiful Program or the 30×30 Initiative would be unacceptable by the American public.

There are 2.27 billion acres of land in the U.S. Of this, 606 million acres are managed by the federal public land management agencies (not including Department of Defense lands). If hundreds of millions of acres open to livestock grazing—which comes at a huge cost to native wildlife and clean water—magically count for 30×30, then almost all public lands fit within the conservation framework, other than mining areas. That’s 26.6 percent of America. Sure, if the Biden administration ignores the impacts of the federal livestock grazing program, commercial timber sale program, and oil and gas leasing program to public lands and imperiled wildlife we’d be well on our way to achieving 30×30 goals. However, claiming victory by doing nothing except relying on fuzzy math is simply pulling the wool over the public’s eyes.

Trying to say we are already close to reaching the 30×30 goal of protecting at least 30% of America’s land and waters by 2030 simply because a decision is made to include public lands harmed by livestock production, timber extraction, and fracking is a complete farce. Claiming so is essentially saying that the status quo is just fine, that we really don’t need to protect more forests to sequester carbon, or provide critical habitat for endangered species, or restore the damages caused by decades of resource exploitation. This flies in the face of the Biden administration’s and America’s interest in combating climate change. Furthermore, it provides comfort for those wishing to exploit any remaining forests and grasslands outside of current labelled protected areas in the name of “progress.”

To truly meet our nation’s needs for sequestering carbon, fighting climate change, and preventing biodiversity loss, the status quo falls egregiously short of what we need to do. If we want to include Bureau of Land Management and Forest Service administered lands as part of 30×30 there must be standards of what can count toward actually being protected. Wilderness areas could possibly be included, but closing and permanently retiring grazing permits within wilderness areas must come first. (Yes, unbelievably cows and domestic sheep are currently allowed to graze within approximately 25 percent of all designated Wilderness areas in the lower 48 states.)

We could also include areas of national forests that have intact habitat with ancient, old-growth forests—at least the old-growth that wasn’t clearcut during the national forest logging frenzy of the 1960s to early 1990s. These forests and trees that sequester the greatest amount of carbon must receive full protection, and never be logged to meet board-feet timber objectives. However, because the Multiple-Use Sustained-Yield Act of 1960 puts the same value on timber, range, water, recreation and wildlife, the focus on USFS and BLM administered lands largely remains on resource extraction. This sets up the current exploitative culture with the Forest Service and Bureau of Land Management that prioritizes logging and grazing over conservation and biodiversity. These federal public lands open to logging and grazing cannot simply be considered protected. Fact is, they would not, and could not, meet any agreed upon public understanding of “protected” lands.

The needs of the American people have changed since the 1960s. America and the world are in a Climate Emergency. Thus, public lands will best meet peoples’ needs when managed to sequester carbon, provide habitat connectivity for wildlife populations, protect endangered species, provide clean water, and offer therapeutic refuge for our body, mind, and souls. If the Biden administration wants to include Forest Service and Bureau of Land Management lands as part of 30×30, they must change the culture and mandate of federal agencies to actually put resource preservation ahead of resource extraction.

Let us put this in terms that President Joe Biden can plainly understand: The idea that public lands open to logging and grazing should count toward the 30×30 Initiative is a bunch of “hooey.”