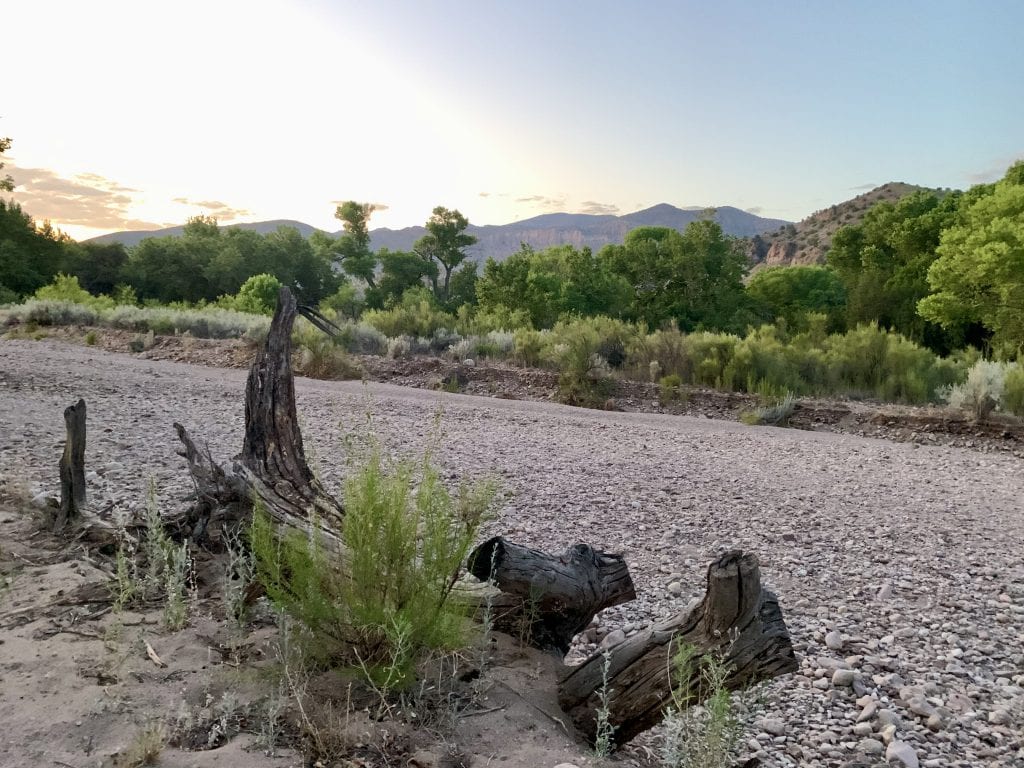 We envision a large landscape designation in the Greater Gila Bioregion that would set the stage for the ecological and economic benefits of land protections to be, for lack of a better word, capitalized on.

The World Economic Forum now ranks biodiversity loss as a top-five risk to the global economy. In the slow, unpredictable unfolding of my own understanding of why our world matters, nature’s economic value was never a personal driver of salvation motivation. I am typically more likely to be influenced by the display of awareness and tenacity demonstrated by a white-breasted nuthatch feeding in a Douglas fir, or the steady mutualism exhibited between the piñon jay and the piñon pine. But we are dwellers in a consumerist country where capital is king and money defines success and social worth, so I suppose looking at the current biodiversity crisis in terms of dollars must be a part of our strategy to make change.

According to the WEF’s study, protecting lands and seas creates increased, multisector economic output when compared to the status quo. The economic growth of the conservation and nature sector is largely driven by nature-based tourism, and outweighs the benefits of expanded protections for extractive industries like timber and agriculture. Additionally, protecting 30% of the world’s land and seas would cost just 0.16% of global GDP.

In addition to the above study, which was included in a working paper authored by nearly 80 scientists analyzing the economic implications of the 30×30 initiative (which concludes, by the way, that protecting at least 30% of the world’s lands and oceans provides greater benefits than the status quo, both in terms of financial outcomes and non-monetary measures like ecosystem services), the International Union for the Conservation of Nature (IUCN) just released their latest guidelines for conserving connectivity through ecological networks and corridors. The two are related in that conserving 30% of terrestrial and marine ecosystems by 2030 (the goal of 30×30) will inevitably and by design provide ecological networks that include areas protected to various degrees and  the necessary habitat connectivity corridors, two restoration and rehabilitation mechanisms necessary to stem the tide of biodiversity loss, and bolster an increasingly insecure global economy.

We are learning that large scale conservation initiatives have economic value, in addition to ecological value. It is imperative that land management agencies begin to think in terms of the movement ecology of species, and not just the obvious charismatic megafauna like polar bears or elephants, but the slow migrators as well, such as trees and shrubs. As we face the escalating effects of the climate crisis, and the positive feedback loop of biodiversity loss it is feeding, floral and faunal stresses will increase and extirpation events will follow suit. We need governments and the land management agencies they oversee to think boldly and creatively about how to promote climate resilience and stem the tide of biodiversity loss. This includes upending the status quo, particularly in situations of commercial use that are no longer economically or ecologically viable due to climatic infeasibility. Livestock grazing in the desert Southwest is a perfect example of this. Check out Guardians’ grazing permit retirement campaign to learn more about the measures we’re taking to provide both ranchers and the land the opportunity to diversify and rehabilitate.

WildEarth Guardians’ Greater Gila Campaign is aiming to bundle all these factors together to form a new style of connectivity conservation to be practiced on several million acres of protected land spanning the New Mexico-Arizona border, a region facing dire water stresses and increased threats to already endangered species and ecosystems in a climate crisis-induced megadrought. We envision a large landscape designation that would set the stage for the ecological and economic benefits of land protections to be, for lack of a better word, capitalized on. What if, in this landscape that inspired Aldo Leopold’s visionary land ethic, the Forest Service fully mobilized the Leopoldian legacy in service of new standards of management that align with 30×30 goals and IUCN guidelines?

What if the Greater Gila Bioregion became a national model for what public lands management can become when we all choose climate resilience and biodiversity over asymmetrically distributed profits from extractive industries? What if the devastation wreaked by multinational corporations like Freeport-McMoRan and their Chino Mine in Silver City, NM was remediated and then abandoned in favor of a civil corps committed to custodial environmental efforts? The Taos Pueblo-Rocky Mountain Youth Corps just up the road in Taos, NM offers an example of a creative solution to both social and environmental issues. For 25 years they have been offering tribal youth the opportunity to learn valuable skills while contributing to the ecological resilience of their community. Similar federally funded programs are needed throughout the West, and ecological robustness is a good investment no matter how you slice it.

What if the contemporary and historical Indigenous relationship to land was valued as much as or more than its grazing or mining or drilling potential? What if our governance of public spaces became polycentric, orbiting around a commitment to fostering diversity of both human and non-human inhabitants, prioritizing respect and stewardship and education in order to ensure bio-integrity for many generations to come?

We need not speculate over every counterfactual. It is time to take the efforts of the World Economic Forum and the IUCN and run with them. We must run towards the incredible expanses of open space that define who we know ourselves to be. We must think in terms of the commons, for public lands are, at their core, common lands. We must honor their original and current Indigenous inhabitants. We must follow their lead on respectful cohabitation. Let’s make the Greater Gila the exemplar for connectivity conservation, multispecies justice, and a softer, more considerate way of being a human on Planet Earth.