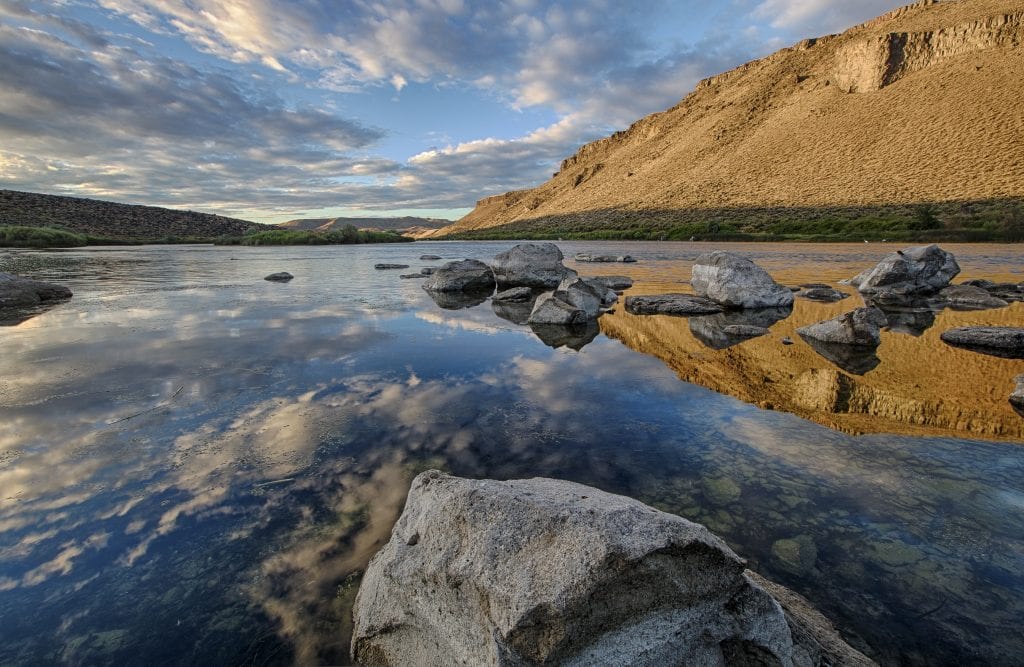 An unprecedented election and a new president: Where do we go from here?

Stand with Guardians as we lead the charge for change

When every last vote is counted and every baseless Trump lawsuit dismissed or denied, I believe Joe Biden will be the 46th president of the United States.

As I walk away from this election, I am both relieved and deeply discouraged. Relieved that I can say my president will not deny climate science, demean a reporter for asking a simple question, or disparage a woman.

Relieved that enough good people saw the urgent need to vote on character, if nothing else. For all of us who care about compassion, civility, and plain old kindness the presidential election result means we can breathe a sigh of relief.

President-elect Joe Biden’s victory also means the executive branch’s assault on environmental safeguards and public lands, and vicious attacks on civil servants, will come to end. It also means we will have a leader who will heed the wisdom of experts—whether on issues relating to public health, the climate, or any other complex matter.

For the first time in four years (I feel like) I can finally exhale.

But I am also deeply discouraged.

Discouraged because I wanted a blow-out, instead we got a nail biter. I hoped there would be a broad, sweeping repudiation—at the local, state, and national level—of Trump’s authoritarianism, racism, and misogyny. Sadly, that is not the case. I’m shocked that nearly 70 million Americans stood with him and for what he stands. I am also discouraged not merely by the political outcomes but by the more lasting moral ones as well, which legitimize incivility and deepen fear of people different from ourselves.

Perhaps Trump’s most defining political and cultural legacy will be the divisiveness that he sowed in our national character. We are a fractured nation—particularly after Trump has deliberately cultivated and deepened division in this country.

So where do we go from here? It’s hardly a time to relax.

I see two distinct, but interrelated, opportunities. One practical, political, and largely transactional, the other more transformational.

The first is to provide recommendations to the Biden administration and mobilize and organize citizens to ensure that bold action is taken to effectively address the crises of our time—economic, social, and environmental. Cleaning up the damage wreaked by the Trump administration on the environment and our environmental safeguards will require a massive, spirited effort.

The second is to continue to reimagine a healthier democracy and to offer our vision of the country we want. One that is not only more just and inclusive, but a country that is willing to grapple with the systemic and structural problems that are foundational to the compounding crises of our time.

The clear and growing need for a post-pandemic rebuild offers the opportunity for a sweeping restructure that addresses the climate and nature crises, economic inequity, and systemic racism.

We won’t get there without relentless pressure on our democratically-elected leaders.

The common thread to both seize the opportunities of a Biden administration and remedy our long-term systemic problems is an unrelenting movement—a groundswell of people must drive the change we so desperately need.

To my mind, the specifics aren’t as important as the habit, the habit of relentless civic engagement. We must strengthen and deepen this habit. We got in this mess because more of us must take citizenship seriously. Citizenship means engagement by the broadest possible swath of the population. And not just during elections.

If there is one moral victory from this election, it is told in voter turnout, one metric of civic engagement. Approximately 67 percent of the voter-eligible population voted in the election—the highest number since the 1900 presidential election. Though our nation is clearly fractured, I find some small solace in the fact that more people are voting and not fewer.

Every election offers both an outcome and a rehearsal for what comes next. As we build power towards the future, we must do so in a way that activates the muscles that have atrophied in our society. They have atrophied not only under Trump but for a generation or more prior to his arrival on the national stage.

Those are the muscles that protect not just our individual needs but our common welfare—whether in the form of our well-being, health, land, or water.

We must remember—and remind those who forgot—that we share something greater than what divides us. We share the air we breathe, the water we drink, and the climate that keeps us safe. We also share great mountains and rivers and deserts and parks and national monuments. We also share an imperfect democracy.

The common good is our common ground. Let’s not forget that in this divided moment. It’s my hope that this vision can not only instill hope in those who voted for a future that differs from the past four years, but in all Americans as well.

I trust you’ll be ready to stand with me and Guardians as we lead the charge for change.