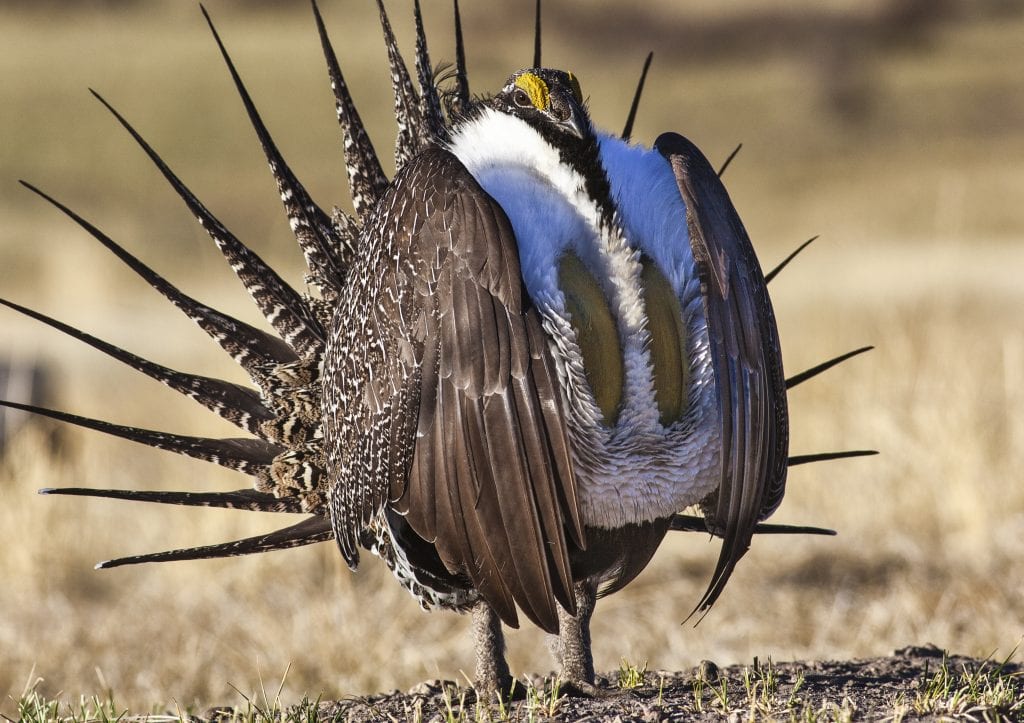 It’s time to break out your happy dance!

Thanks to another successful lawsuit by WildEarth Guardians and our allies, last week a federal judge restored protections to 10 million acres of vital greater sage grouse habitat by overturning a Trump administration decision that would have allowed mining and other development.

The ruling, which is the latest in a series of court victories for sage grouse conservation, protects over 15,600 square miles of federal public lands primarily in Idaho and Nevada, but also in parts of Montana, Oregon, Utah, and Wyoming.

With you by our side, Guardians has fought tirelessly to protect greater sage grouse and the Sagebrush Sea for nearly twenty years, which makes this victory all the more gratifying.

But the job to defend sage grouse is far from finished. The greater sage grouse must have federal protection under the Endangered Species Act if they are to survive, thrive, and truly recover. That’s why Guardians will redouble our efforts to convince the Biden administration to list this iconic, but critically imperiled, species for protection under the Act.

As always, our success will depend upon your voice, your actions, and your generous financial support. So, as we all savor this latest victory, please stay tuned as we’ll need you to keep fighting for greater sage grouse and the Sagebrush Sea.