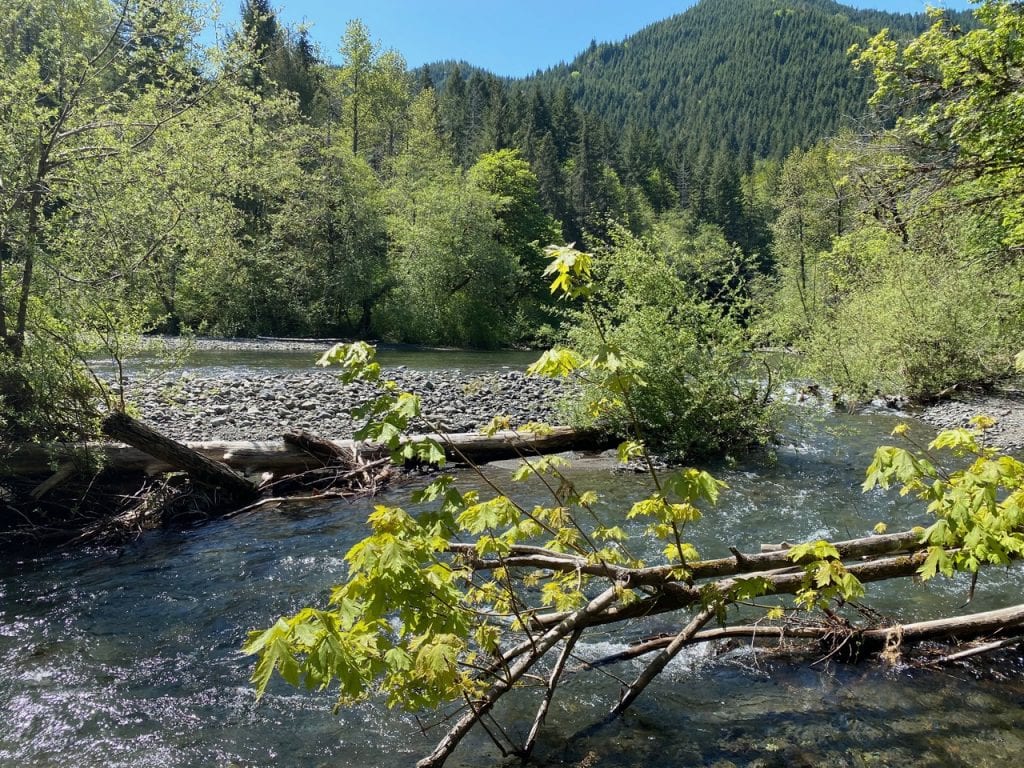 Trump’s Agriculture Secretary Sonny Perdue flew into Missoula on June 12 to sign a memorandum directing the U.S. Forest Service to essentially double-down on its continued push to prioritize logging, mining, drilling and grazing, all while limiting environmental reviews. During the campaign-style signing event, Secretary Perdue—a former agribusiness CEO whose previous political campaigns were bankrolled by Monsanto and Big Ag interests—not only bragged that “we see trees as a crop,” but also ironically compared America’s bedrock environmental laws to “bubble wrap.” Apparently it was lost on Secretary Perdue that bubble wrap protects valuable things from being destroyed.

Missing from the secretary’s statements was any recognition that America’s national forests, 193 million acres in all, are actually diverse ecosystems that are home to hundreds of imperiled fish and wildlife species, and contain the last remnants of wildlands in this country that millions of people cherish. The secretary failed to mention how numerous communities rely on national forests to provide clean drinking water, or the fact that intact forests do more to remove atmospheric carbon than do stumps. In fact, national forests have a crucial role to play as part of global, natural climate change solutions.

Returning to the past, when resource extraction and exploitation ruled the land is hardly a blueprint for the future. Yet, this is exactly what the secretary ordered and what the Trump administration has been pursuing from Day One. In fact, Perdue’s memorandum comes on the heels of two recent Trump Executive Orders allowing industry and federal agencies to waive compliance with long-standing environmental laws that safeguard fish and wildlife. These orders follow Trump’s wholesale rolling back of rules requiring federal agencies to involve the public, take a hard look at the environmental consequences of its actions, and consider alternatives.

A recent Journal of Forestry article demonstrates the rationale for these rollbacks and attacks is baseless. Even without further “streamlining processes,” the Forest Service approved over 80% of projects between 2005-2018 by categorically excluding them from environmental analysis. The same study also showed that less than 1% of all projects were challenged in court.

Of course, this administration and industry proponents would never let facts change their story, especially when it plays on people’s fears and hopes. For years, those opposed to public land protection keep weaving nostalgic hints of returning to the good ole days when the mills were humming and the logging trucks filled with big trees, all the while knowing economics and automation make this impossible. At the same time, they use fear of wildfires as cover for industrial logging, sidestepping the reality that climate change and the historic drought gripping much of the West increases wildfire risks far more than cutting trees will ever address. The wildfires we see today matches what climate science tells us. If we truly want to see fewer large-scale wildfires, then we need to stop burning fossil fuels and do more to preserve intact, mature forests. Further, it is hubris to believe, and irresponsible to purport, that timber harvest will prevent wildfires. No one talks about hurricane-proofing the Gulf Coast, or tornado-proofing Oklahoma, but the Forest Service suggests if given enough latitude it can reduce forest fires – though the degree of which is left to the public’s imagination and that’s the point.

Ultimately, Secretary Perdue and the Trump administration believe national forests are little more than crops and the best, highest use for public lands is to exploit them with more logging, grazing, mining and drilling. The fact is, national forests and public lands are complex, living ecosystems with inherent value that deserves our moral consideration. These public lands are homes to grizzly bears, mountain goats, elk, trout, salmon and a whole host of other iconic wildlife species. Their survival depends on us, and we need to be better environmental citizens with our non-human neighbors.

America does need a “modernization blueprint” for the future of national forests, one that re-envisions their purpose so we can move beyond viewing forests simply as sources of lumber. In the 21st century, we need to strengthen forest protection, maximize the ability of national forests to serve as part of natural climate change solutions, and heal the scars left from decades of exploitation through true restoration, which cannot be done with a chainsaw.