On November 15, 2021, U.S. Secretary of the Interior Deb Haaland announced the “Honoring Chaco Initiative,” a first-of-its-kind collaboration among the Department of the Interior, Bureau of Land Management, and Bureau of Indian Affairs to protect the Greater Chaco landscape across New Mexico, Colorado, Arizona, and Utah. It was a landmark step for a beleaguered landscape that, despite its profound sacredness to the Tribes who live there, has been drilled and fracked nearly into oblivion for decades.

Celebrating the announcement alongside a diverse coalition of more than 40 groups was WildEarth Guardians Organizing Director Rebecca Sobel, who has been working to protect Greater Chaco since 2014. Spurred by this triumph, Sobel has now taken the reins of Guardians’ first-ever Organizing Program.

“Guardians has been working through administrative and legal channels to win victories for wildlife, wild places, wild rivers, and climate—and recognizes that to cement our successes, we need social change and people power supporting those victories,” Sobel said. “Guardians wins on a big scale in the courtroom; organizing takes those wins to communities and figures out how to make lasting change.”

The Organizing Program team currently consists of Sobel and two other organizers: Soni Grant, based in the Four Corners area who works primarily on cultural landscape protection and the Greater Chaco campaign, and Alma “Rosie” Sanchez in Colorado, focusing on coexistence with wolves, living rivers, clean air, and climate justice. Organizers attend and manage events as well as engage in direct action and creative communication tactics like delivering petitions and letters to key decision makers in media-worthy events that amplify calls for action.

Though still in its infancy, the Organizing Program’s boots-on-the-ground approach is already meeting with success not only in Chaco but also in Colorado, where Guardians is targeting metropolitan Denver’s Suncor oil refinery. The refinery, whose uncontrolled pollution disproportionately affects people of color and families with low incomes, has long operated illegally and in defiance of clean air safeguards. Spotlighting Suncor’s dirty dealings, Guardians created a public process that led to air-permit hearings and “a groundswell of calls not only to clean up, but also to shut down the refinery,” Sobel said. 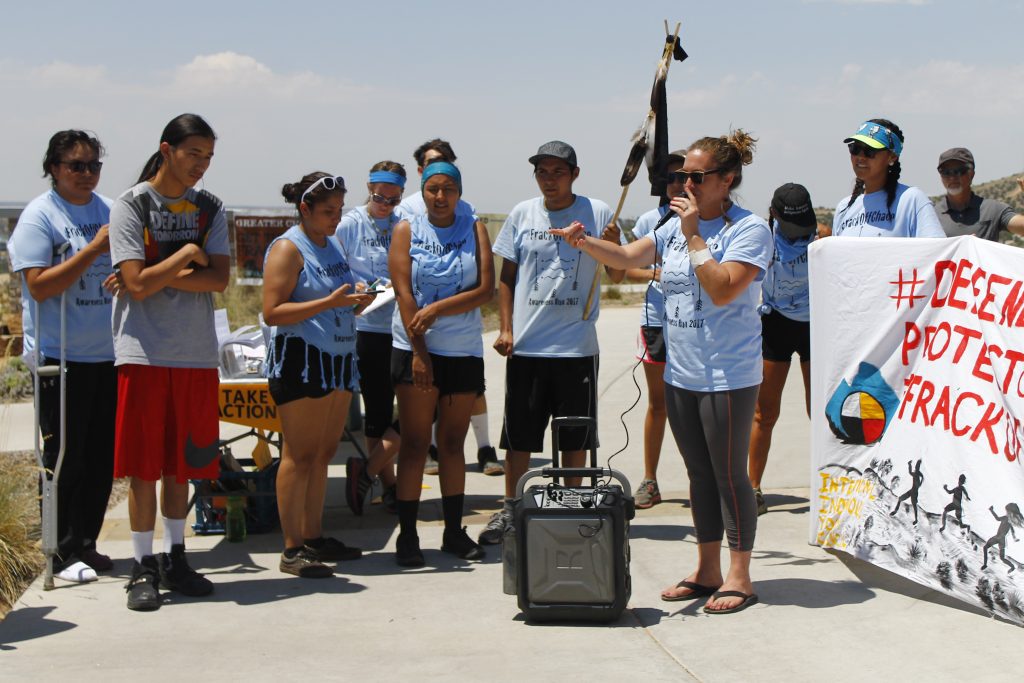 The Birth of an Organizer

The natural choice for Guardians’ Organizing Director—she first floated the idea for the Organizing Program 13 years ago—Sobel came to social activism at an early age. Her thirst for social justice stems from her years commuting to a wealthy, private Jewish school while living in Center City Philadelphia.

“Riding the public bus through neighborhoods and with people who didn’t have the same privileges I was afforded, I learned early on that pursuing social justice was a luxury that you could afford only if your basic needs were met,” she said.

She recalled organizing a “really makeshift” rally in the cafeteria of her high school to protest a high-profile donation that would change the school’s name, clashing with the principles on which the school was founded. She called reporters, the school was shamed, and an organizer was born.

“I tell that story because that’s organizing, even if I didn’t know it then. Organizing defines power as the ability to get a decision maker to do what you want, even when they don’t want to,” Sobel said.

She fled the East Coast for the West at the first opportunity, armed with a bachelor’s degree in globalization and social justice, a master’s in international relations and human rights, and a desire to change the world—but no idea where to start. She applied to a position at Greenpeace and, for her first campaign at the organization, found herself working alongside famed environmentalist Bill McKibben on the largest climate change demonstration in U.S. history. And with that, her career path suddenly came into focus.

“When I applied for that first job with Greenpeace, I didn’t know that ‘organizer’ was a job,” Sobel said. “When you want to change the world, they tell you to become a lawyer. So when I found out that you could get paid to [organize] for good causes, I was amazed.”

She joined Guardians in 2007 to lead its Outstanding Natural Resource Waters campaign, an effort to protect the quality of New Mexico’s headwaters in perpetuity. After winning the campaign, she left to be executive director of the Coalition for Clean Affordable Energy in Santa Fe and then launched her own consulting business called “Action Oriented,” where for eight years she “worked for or with nearly every environmental nonprofit in New Mexico,” she said.

In true full-circle fashion, Guardians’ Chaco campaign was one of her consulting contracts. After some persuasion by Jeremy Nichols, Guardians’ Climate and Energy Program Director, she joined Guardians again to pursue climate justice in Chaco full-time. She has been a Guardian ever since. 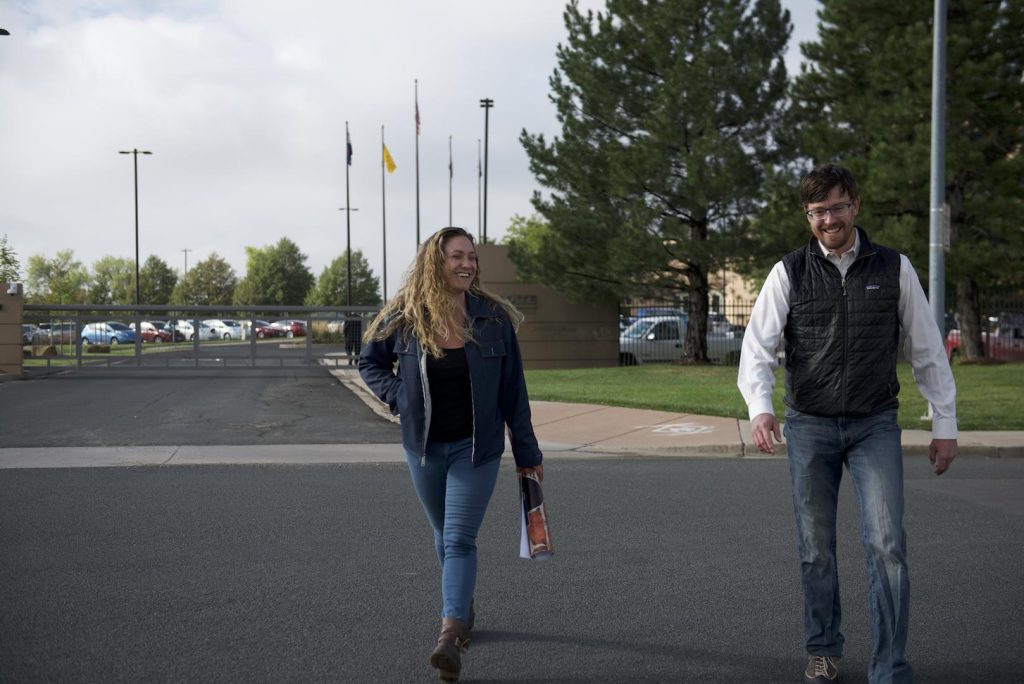 Sobel’s aptitude as Organizing Director goes beyond her longstanding engagement with Guardians and its campaigns. Working on the ground and behind the scenes, she intuitively grasps that bringing people together is not about the organizer, but about the movement.

“A good organizer isn’t a certain personality type. It’s somebody who inspires action, who helps create and support leadership in others,” she said. “And it’s [somebody who] has the humility to step aside when needed.”

“Good organizers,” she said, “try to organize themselves out of a job.”

For now, though, Sobel’s job at Guardians is still cut out for her. She envisions a network of Guardians organizers across the West, with one in every Guardians office. In the interim, she and her team are continuing to pursue justice in Greater Chaco. This past April, in response to appeals from Guardians and others, the Biden administration agreed to review fracking on nearly 45,000 square miles of the region and paused all oil and gas extraction activities on the leases, pending the review.

“The Chaco campaign is an awesome testament to organizing,” Sobel said. “When you’re in isolation, it’s hard to feel like one person can make a difference. Organizers build movements so it’s not just one person—it’s hundreds or thousands of people coming together to do the thing.”

Clearly, what Sobel and the organizing team have already accomplished together is proof of that power.

Please consider supporting the work of Rebecca and our entire organizing team with a gift today.