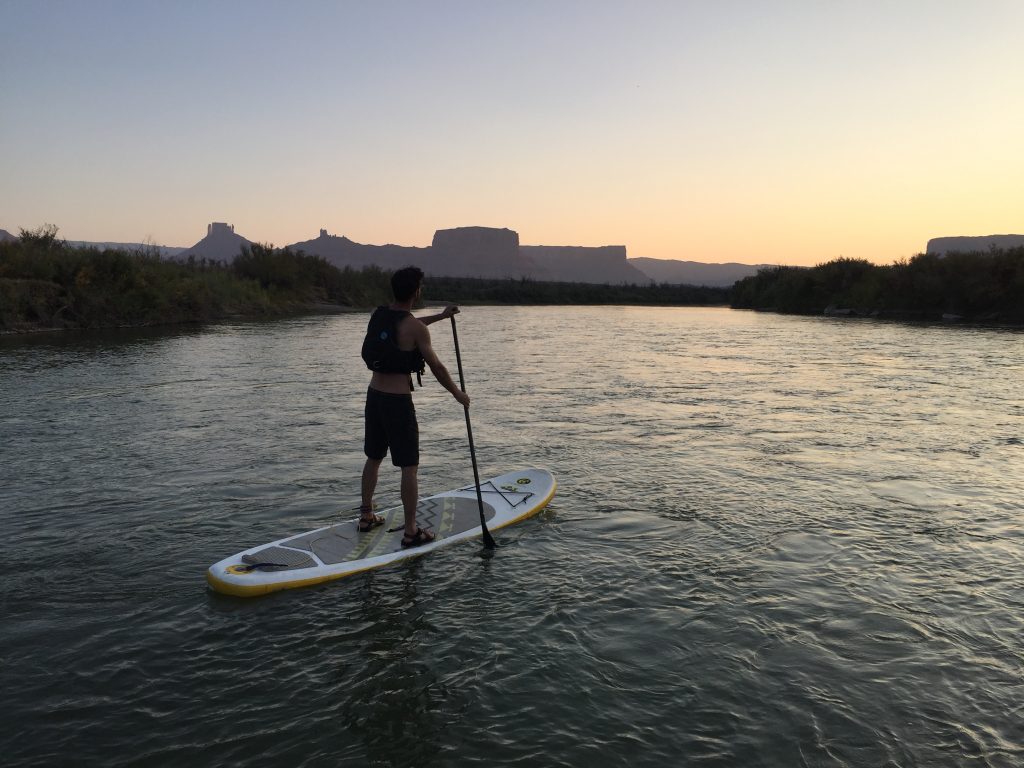 Daniel Timmons makes his mark at Guardians, first as a staff attorney and now as director of our Wild Rivers program

The proverb “Necessity is the mother of invention” may well have been crafted with Guardians Staff Attorney Daniel Timmons in mind. From small-town water resources expert to reluctant corporate lawyer to undaunted climate Guardian, Timmons’s career is an odyssey of reinvention that on August 1, 2022 brought him to the helm of the Guardians Wild Rivers program.

From science to law 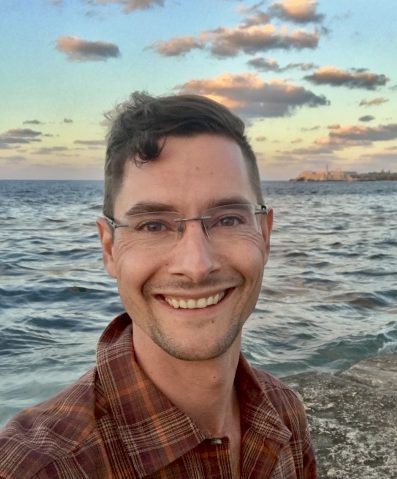 Growing up on the beaches outside Charleston, South Caroline, Timmons had limited exposure to the West until college, when he participated in anenvironmental science and policy program in Arizona. There he fell in love with the desert—and with remedying its entrenched water issues. His interest in water led to a master’s in environmental sciences and policy from Northern Arizona University, for which he conducted a thesis project updating an existing groundwater model for a growing area north of Phoenix. Eerily, Timmons ran into trouble getting the model to run until the present day; it kept predicting the area’s water would start to dry up long beforehand. “It was definitely an eye-opening experience,” he says.

Post degree, Timmons parlayed his research experience into a water resources specialist job with the small town of Chino Valley in north-central Arizona. There he attempted to strike a balance between finding a new source of groundwater for the parched town and mitigating the impacts of taking that water from the hotly contested Verde River. Unfortunately, the town suffered dire financial distress in the Great Recession, resulting in mass layoffs that included Timmons—but not before he had a revelation that set him on the path from environmental scientist to environmental attorney.

“My boss and I had been working on an in-depth presentation on the water crisis facing the town, trying to open the eyes of the council that this was a death knell,” he says. But when the presentation ended, the council members did not ask Timmons or his boss a single question. They sought the opinion of only one person: the town attorney.

“We were the experts, and they looked to the town attorney to give them advice. I said, well, I need to be sitting in that chair!” Timmons says.

A year later, he enrolled at Lewis & Clark Law School in Portland, Oregon.

When he graduated from Lewis & Clark mid-recession, recently married, and $150,000 in debt, Timmons’s journey took a darker turn. Out of desperation, he took a job as a corporate environmental lawyer.

As Timmons details in a speech he delivered at the 2019 Guardians Gala: “For four years, I helped take fresh water out of flowing rivers. I helped [my corporate clients] evade responsibility for decades of toxic pollution. I even secured permits for new fossil fuel plants and a massive gas pipeline…I continued on autopilot, cashing paychecks as an environmental lawyer working against the environment.”

Only when he unexpectedly found himself working “on the right side of things,” fighting an oil-by-rail terminal on the Columbia River in collaboration with cities and towns, Indigenous Tribes, and environmental lawyers working on behalf of conservation, did he vow to extricate himself from corporate work.

It was easier said than done, requiring a move back to South Carolina to get his foot in the door with public interest environmental law. Finally, after nearly two years as an associate attorney at the Southern Environmental Law Center in Charleston, he was hired as a Guardians’ staff attorney in 2019. 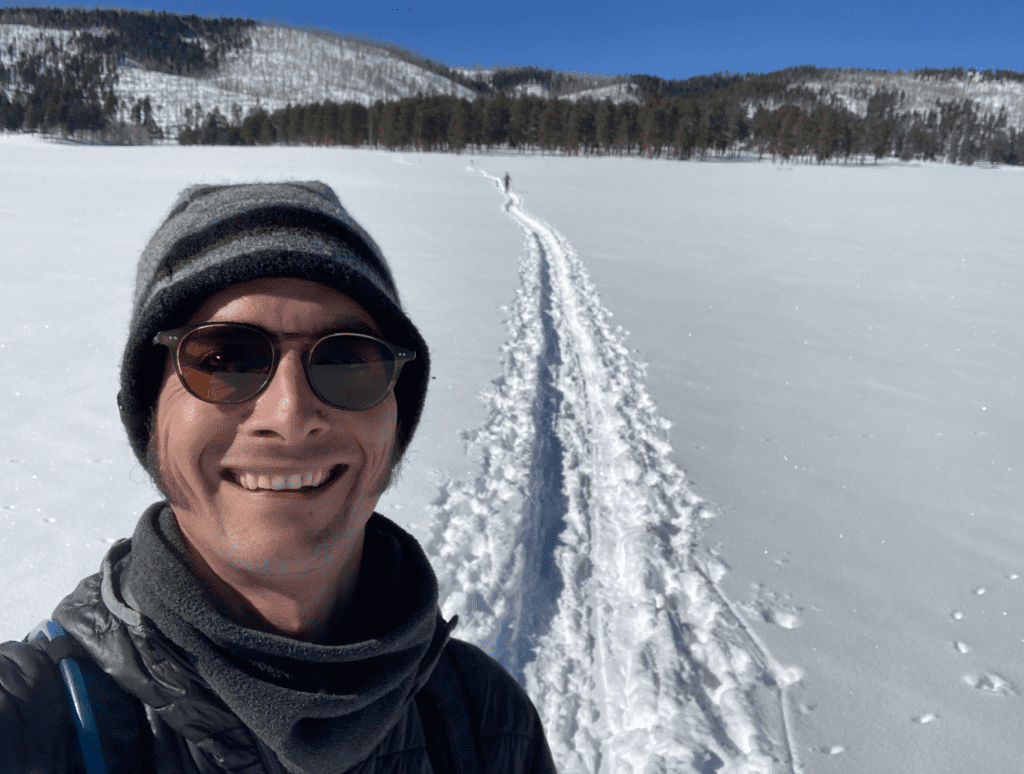 On the right side of things

Timmons’s litigation at Guardians has primarily focused on halting fossil fuel development on public lands and protecting the imperiled wild rivers of the Southwest. He’s more than living up to his promise as a climate guardian and has stepping up to lead Guardian’s river work, building on his expertise and critical legal analysis.

His most recent sweeping success came in June, when the U.S. Department of the Interior agreed to reassess and reconsider more than 2,000 oil and gas leases across four million acres of public lands in Colorado, Montana, New Mexico, Utah, and Wyoming. While the bedrock litigation for the win was filed prior to Timmons’s arrival at Guardians, he was directly responsible for dismantling the U.S. Bureau of Land Management’s flawed analysis of fracking’s climate impacts.

“The BLM analysis was a lot of sleight of hand, the kind that agencies often get away with. They can just rely on their technical analysis and then hope the court will say, ‘That seems really confusing. The agency must know what it’s doing,’” Timmons says.

Thanks to his work, the court instead decided the BLM needed to go back to the drawing board and redo its environmental analysis. “And from our perspective, there is just no way that the agency can take an honest look at four million acres of oil and gas leasing and say, ‘That does not have a significant environmental impact,’” Timmons says.

Timmons is also engaging in a multipronged effort to address climate and air quality impacts plaguing New Mexico, particularly in the Permian Basin. Right now, Guardian’s is challenging New Mexico’s continued issuance of air permits to oil and gas facilities without considering how this would affect the state’s ozone levels. The goal is to leverage the Clean Air Act to ensure New Mexico’s poor air quality does not affect neighboring states. Timmons has also led the petitioning of the U.S. Environmental Protection Agency to designate southeastern New Mexico and parts of West Texas as “nonattainment” zones for ozone—triggering additional requirements, permitting obligations, and a state plan to comply with federal ozone pollution standards.

To Timmons, however, perhaps his proudest achievement as a Guardian, so far, is a simple one: “I got oil spills banned in New Mexico.” When he realized there was no legislation on the books prohibiting oil spills, “everybody I talked to, I said, ‘Can you believe this?’ and they said, ‘No, that can’t be right,’” he says. Even the oil and gas industry had no argument against such a law. As a result, in a rare show of solidarity, Guardians and the state agency regulating oil and gas partnered to propose a rule change that forbids drillers from spilling oil and fracking waste in New Mexico. In June 2021, New Mexico’s Oil Conservation Commission granted the change after a public hearing arranged by Timmons, Guardians’ organizing team, and a coalition of other groups.

It’s the type of collaboration he witnessed and envied as a corporate lawyer, only he’s “on the right side of things” for good this time around. Timmons has recently stepped into his newest role as the Guardian’s Wild River Director to help bring together climate change impacts and the health and viability of water in the southwest.

“I just feel like I’m blessed with the skills and the opportunity and the legal background to try to make a difference on one of the most important issues of our time,” he says.