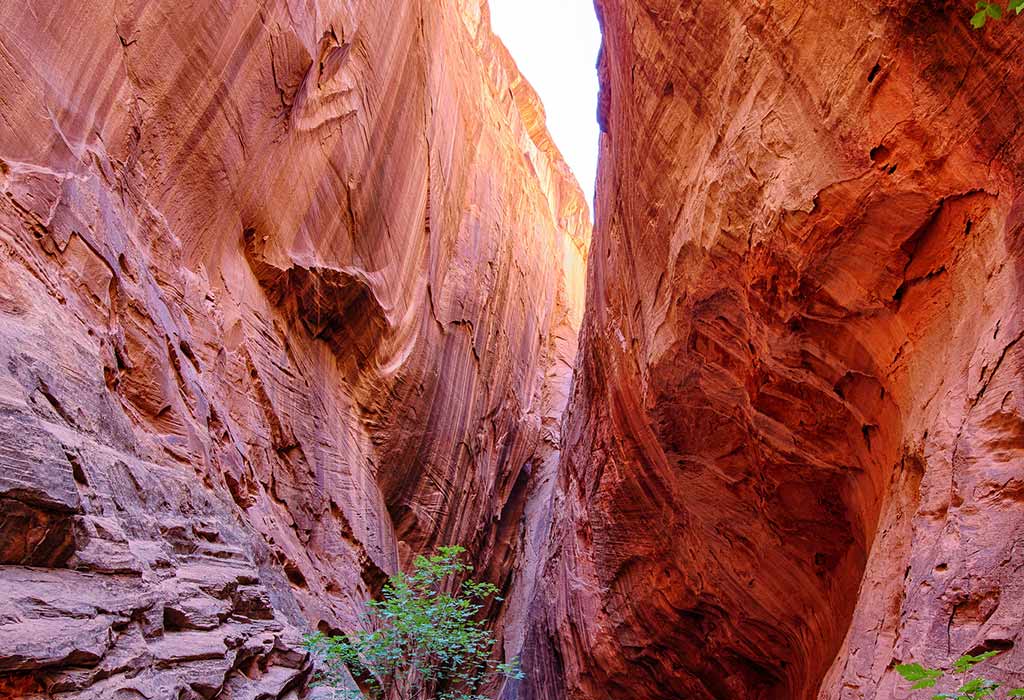 Back in December 2017, during his visit to Salt Lake City to issue proclamations drastically (and illegally) shrinking Bears Ears and Grand Staircase-Escalante National Monuments, President Trump announced his intention to manage the former monument lands according to local wishes rather than by what best served the nation. “The families and communities of Utah know and love this land the best, and you know the best how to take care of your land,” he said. “I’ve come to Utah to take a very historic action, to reverse federal overreach and restore the rights of this land to your citizens.”

It certainly looked like Trump was telling the Bureau of Land Management, the Interior Department agency in charge of managing the former monument lands, to disregard the Federal Lands Policy and Management Act, BLM’s “organic act” that requires it to consider the views of the general public, rather than local or state residents, when managing public lands.

The approved plans keep the commitment of this administration to the families and communities of Utah that know and love this land the best and will care for these resources for many generations to come. These cooperatively developed and locally driven plans restore a prosperous future to communities too often dismissed and punished by unilateral decisions of those that would not listen to the voices of Utahns.

There’s not even any pretext that BLM gives a whit for the interests of anyone outside Utah, much less the land itself. This is galling given the sacred significance of Bears Ears to many Native Americans, including the Hopi Tribe, Navajo Nation, Ute Mountain Ute Tribe, Pueblo of Zuni, and Ute Indian Tribe that make up the Bears Ears Inter-Tribal Coalition.

Much of the rest of the press release reads like copy from a political campaign. Utah Governor Gary Herbert (R) rails that national monuments “should not be created over the objections of local communities.”

Utah Congressman Rob Bishop (R) bemoans the “politically-motivated monument designations by past administrations,” and warns that “well-funded special interest groups that aren’t from our state will spread outrageous misinformation” about the new management plans.

It actually gets worse as a Beaver County, Utah commissioner declares her belief that the “downsizing of the Bears Ears National Monument and the Grand Staircase-Escalante National Monument to a manageable acreage was the most amazing, selfless act of a sitting President of the United States.” (emphasis added)

These quotes are so egregiously one-sided it makes one wonder whether the politicians strong-armed BLM’s communications officials in steering the messaging for the new plans.

“The previous 1.35 million-acre BENM was designated, over the objections of state and local officials, during a lame duck presidency on December 28, 2016.”

“Similarly, the 1.72 million-acre GSENM was designated in 1996 through an abuse of the purpose and spirit of the Antiquities Act, without due consideration to state and local elected officials, or the community, and commenced decades of mistrust with the Federal government.”

Given the press release’s slant, it’s no surprise the management plans prioritizes resource extraction and development, including grazing, at the expense of archeological and ecological protection. The monument plans allow “chaining” of pinyon-juniper woodlands, which involves cutting down native trees followed by dragging a heavy chain across the cut area with a bulldozer to break up the trees’ roots and topsoil. The area is then seeded with annual grasses. The purpose is to increase forage for livestock but BLM disguises it with thinly-supported claims of wildlife- and watersheds benefits.

The plans also permit more intensive visitation of fragile cultural and archeological sites with the monument boundaries. Tribes’ calls for the protection of such sites were ignored.

Mineral extraction will be permitted under the management plan for lands excluded from the monuments by Trump’s proclamation. Cedar Mesa, formerly part of Bears Ears, is known to hold uranium and the Kaiparowits Plateau, part of Grand Staircase-Escalante for more than 20 years, has extensive coal reserves. Former GS-E lands are also threatened by alabaster mining.

The good news is that these management plans will be invalidated if we and our fellow plaintiffs prevail in our lawsuits challenging Trump’s authority to shrink national monuments. Agency action taken in furtherance of an illegal act is typically halted by the courts, so we are confident the plans will ultimately be nullified. In the meantime, we and fellow plaintiffs are keeping an eye on the ground, making sure BLM doesn’t take action to approve projects that will have ground-disturbing impacts. If it does, we are prepared to ask the courts to halt such projects until the lawsuits are final on their merits.