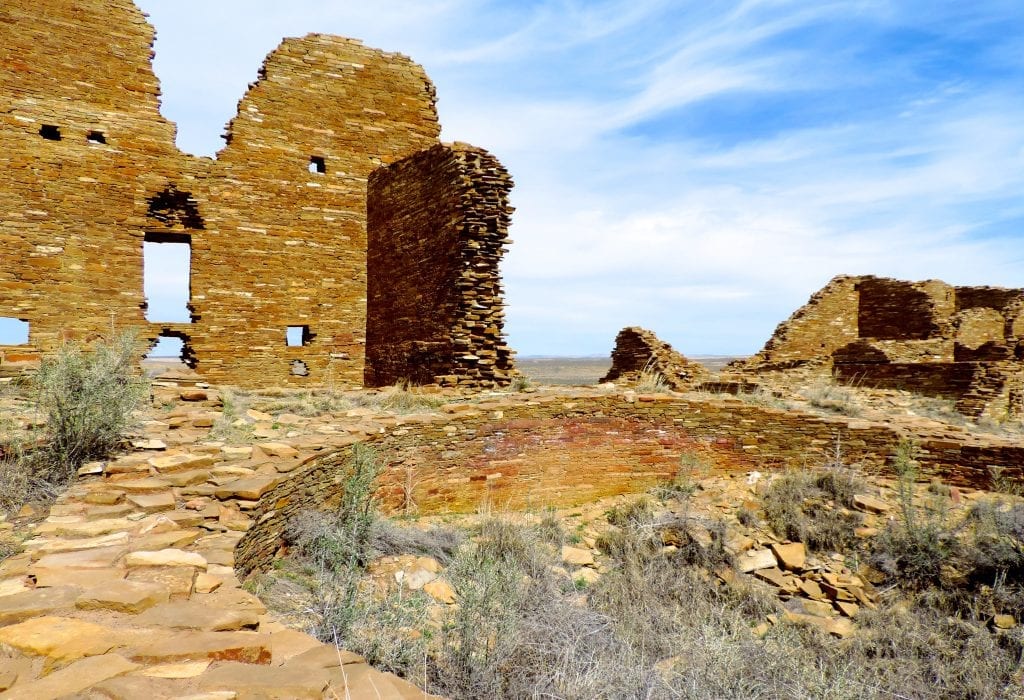 With Greater Chaco at Risk From Fracking, Coalition Steps up Call For Accountability

In spite of mounting opposition to fracking in the Greater Chaco region of northwest New Mexico, including proposed federal legislation that would take a small step forward in protecting the region, the Trump Administration’s Bureau of Land Management is plowing ahead to open up more lands to the oil and gas industry.

In response, a huge coalition this week demanded accountability from the Bureau of Land Management and called on the Agency to hold public hearings around plans to auction off more than 46,000 acres of Greater Chaco for fracking.

With Chaco Canyon at its core, the Greater Chaco region is the sacred heart of the American Southwest. Home to the Ancestral Puebloans, who 1,000 years ago constructed extensive villages, houses, and roads that can still be seen today, the region remains culturally vital for many modern-day Tribes, including the Navajo who now live in the region. Read more about WildEarth Guardians’ campaign to protect Greater Chaco >>

Unfortunately, this sacred landscape is under siege by the oil and gas industry. In the last five years, hundreds of new drilling permits have been approved by the Bureau of Land Management and thousands of acres of public lands have been put on the auction block.

These culturally significant lands have literally been turned into an industrial sacrifice zone. 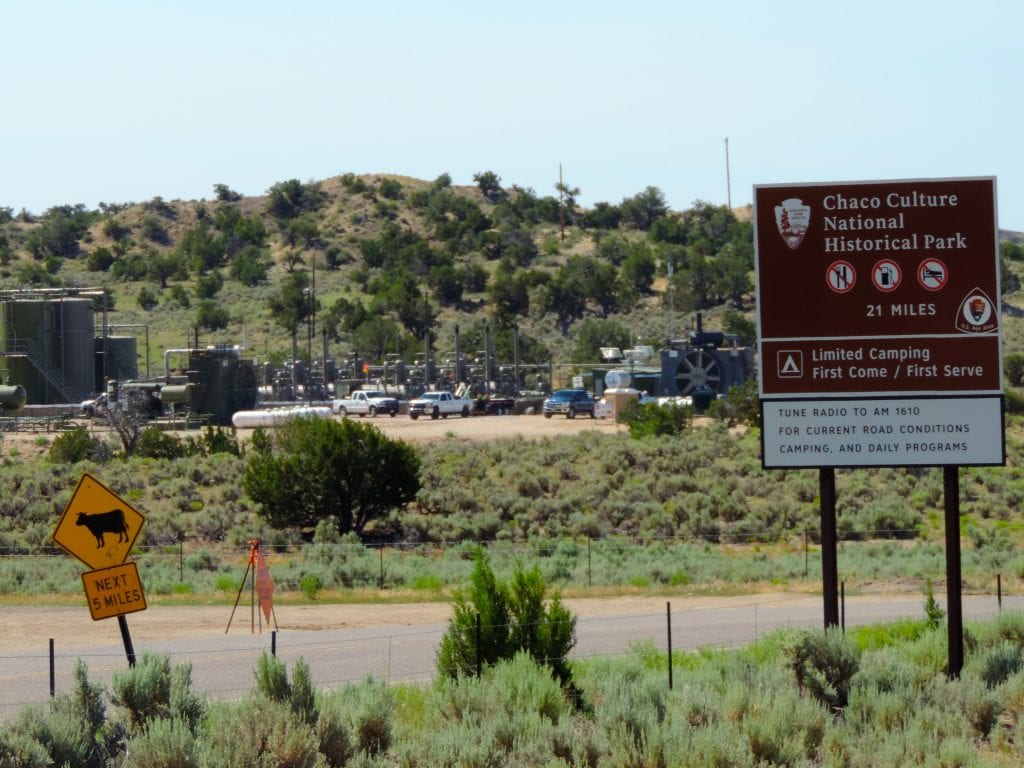 In response, WildEarth Guardians and a broad coalition have been ramping up the pushback. Since Trump took office, protests have flared, lawsuits and appeals have been filed, and calls to defend Greater Chaco have grown louder than ever.

Last year, the Navajo Nation and the All Pueblo Council of Governors even called for a moratorium on new fracking in the region.
Feeling the pressure, the Bureau of Land Management has backed down…somewhat. Earlier this year, the Agency canceled canceled plans to sell off more than 4,400 acres of Greater Chaco to the oil and gas industry.

However, it’s clear that the oil and gas industry and the Trump Administration are not truly backing down.

In May, we learned that companies had submitted requests for the Bureau of Land Management to auction off an estimated 55,000 acres of Greater Chaco.

And in July, we were stunned to learn the Trump Administration plans to sell 46,000 acres of the region for fracking this December.
These latest areas to be put on the auction block include lands within 10 miles of Chaco Culture National Historical Park, including some within five miles of Pueblo Pintado. Click here or on the image below for an interactive online map showing the latest threats >> 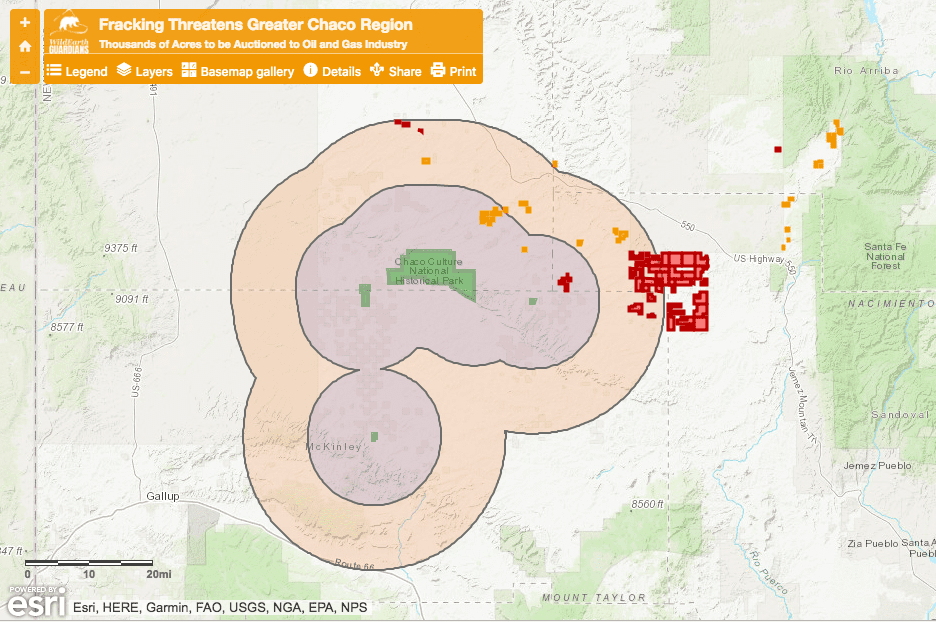 Our hope is that by securing public hearings around these fracking plans, we can create a more powerful forum for people to engage, up the accountability, continue to raise the profile of the issue, and turn the tide of fracking in Greater Chaco.

Although the Bureau of Land Management may deny the request, the Agency does so at its own peril. In fact, if the request is denied, it will simply heighten public anger and frustration over fracking in Greater Chaco. Ultimately, it will only empower people to rise up more fiercely than ever.

In the meantime, we’re prepared to do whatever it takes to derail these latest Trump Administration fracking plans. Stay tuned for more.