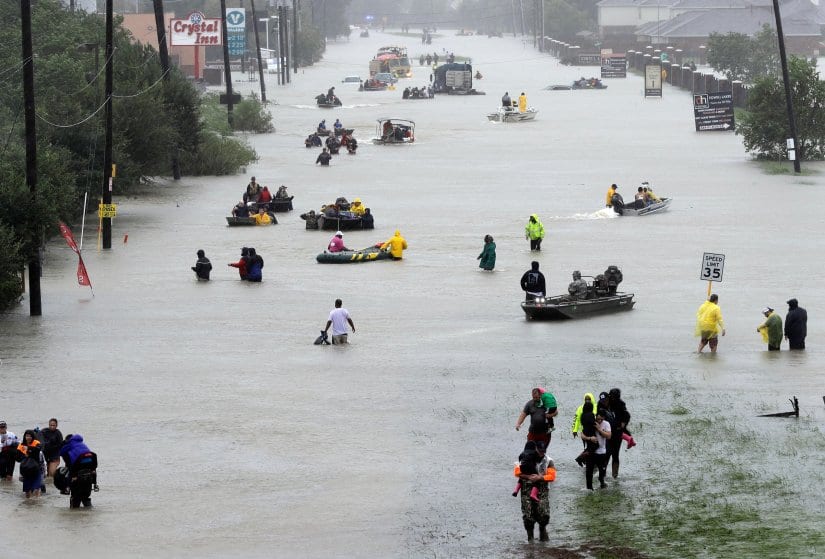 As I write this rain is still falling in Houston, moving eastwards on Port Arthur and New Orleans. There is so much rain,… 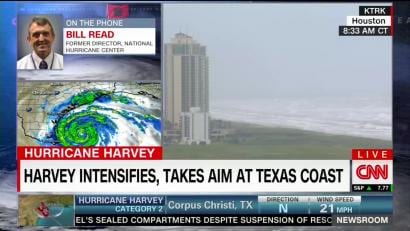 As I write this rain is still falling in Houston, moving eastwards on Port Arthur and New Orleans. There is so much rain, Hurricane Harvey is being called a “once-in-a-million-year event.”
But, we know better.
We know Hurricane Harvey is a byproduct of climate catastrophe. We know if we don’t keep fossil fuels in the ground and aggressively address climate change, there will be many more Hurricane Harveys to come.

In Houston, as with climate impacts at large, the people hit the hardest are often the most marginalized and vulnerable – mostly poor people of color. In another layer of cruelty, Harvey evacuees must confront Border Patrol checkpoints, as they remain open along evacuation routes, forcing undocumented immigrants to choose between the threat of flood or deportation.
Of course, President Trump’s response has been both insulting and inadequate. The Trump Administration is rife with fossil fuel cronies who not only enable this crisis, but also profit from it. And now, these climate deniers are cutting funding for relief agencies, eliminating flood safety standards, punishing climate scientists, and pushing to extract and burn every last drop of fossil fuels from our public lands.
It’s clear the Trump Administration is not the solution and that it’s up to us to take care of those in Harvey’s path and fight to prevent more Harveys in the future.  Rest assured we will continue to hold this Administration responsible, but right now we need come together and protect the people and places that are under attack. 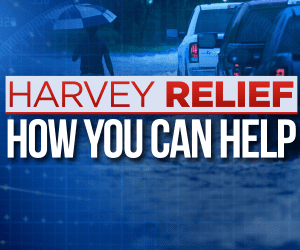 Donate to this alliance of progressive organizations who will fight for vulnerable victims of Harvey, and to this on-the-ground environmental justice organization, t.e.j.a.s. (Texas Environmental Justice Advocacy Services) who is providing direct aid to communities affected by the oil industry’s toxic pollution. And, NextGen America is matching all donations to Hurricane Harvey Community Relief Fund.
We cannot forget — Harvey victims are not alone. Right now, Bangladesh, India, and Nepal are also experiencing horrific flooding. An estimated 1,200 are already dead, and millions of people are displaced. Click here to support relief efforts underway in Southeast Asia. 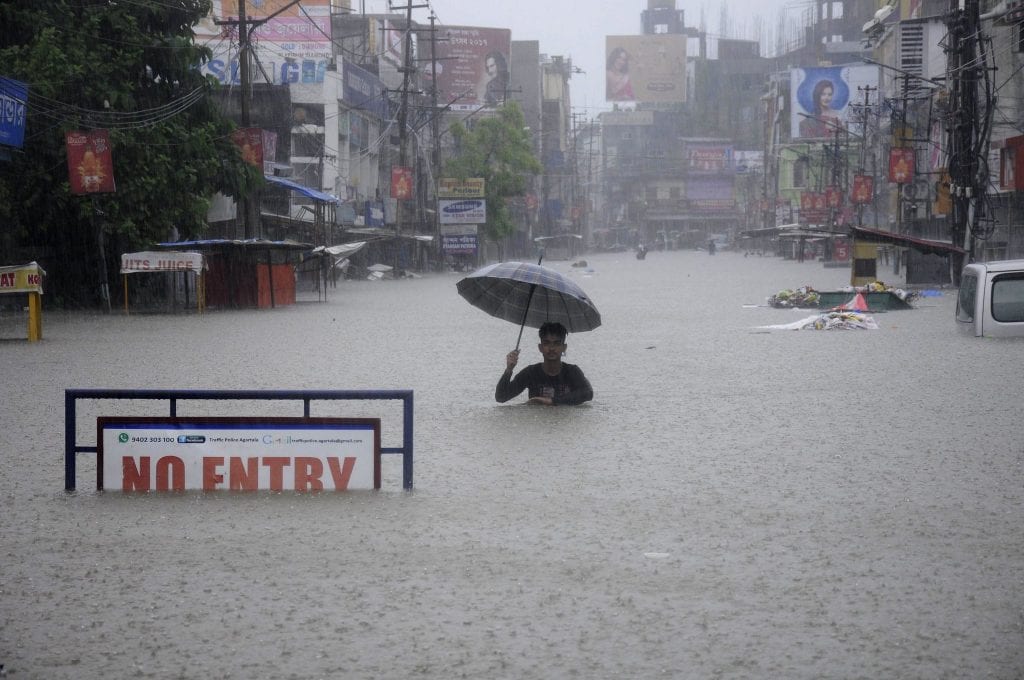 For those that can, giving money is the least we can do. But we know it is not enough.
All around the world, the poorest and most vulnerable among us will suffer first and worst from climate impacts. This is exactly why keeping fossil fuels in the ground is a global justice issue. We know Hurricane Harvey, like Sandy, Katrina, and Typhoon Haiyan are supercharged by fossil-fueled climate change.
If we don’t want more hurricanes and super storms to become the new normal, we need leaders to demand an end to dirty and dangerous fuel sources and work to transition to more just and sustainable economies. Certainly Trump isn’t going to help us —  it is time to become our own heroes.
Now more than ever, we must aggressively and assertively hold every one of our politicians accountable and move our economy, our country, and our world off of fossil fuels. There’s no more time for bullshit.