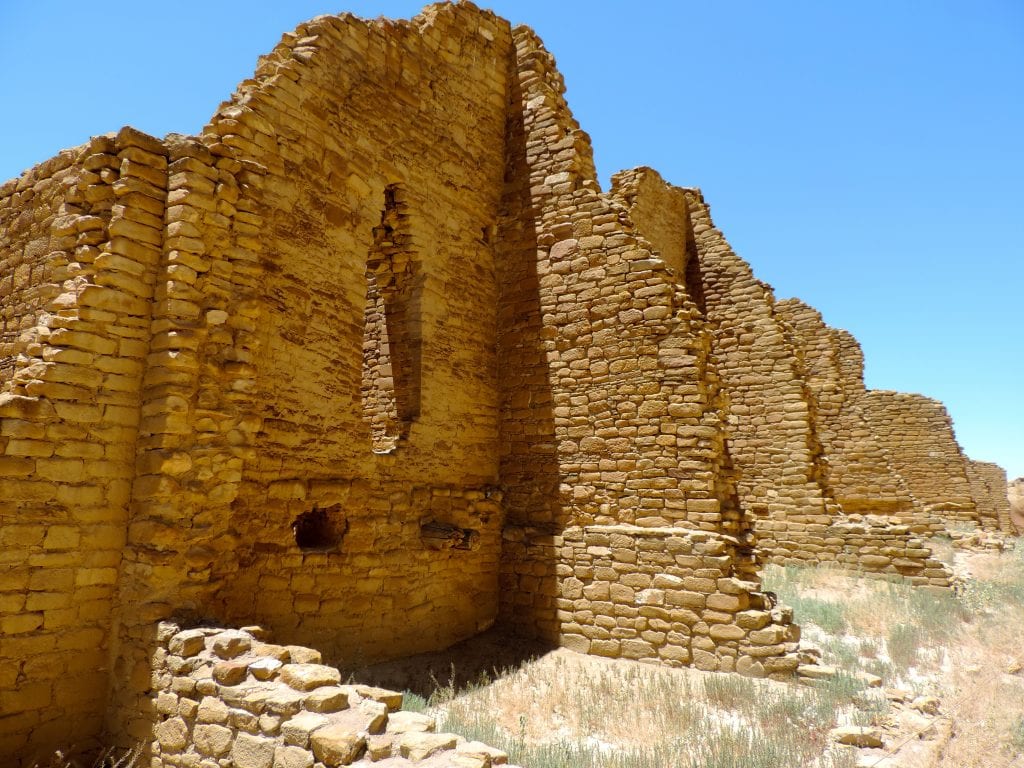 Push Back Against Broken Promises

Last week, key members of New Mexico’s U.S. Congressional delegation–including Senators Tom Udall and Martin Heinrich, and U.S. Representative Ben Ray Lujan–voiced their concerns over the threats facing the Greater Chaco region from ramped up fracking.
Unbelievably, in spite of growing calls for the U.S. Interior Department’s Bureau of Land Management to pause new fracking in this region of northwestern New Mexico, the agency is pressing ahead to auction these public lands to the oil and gas industry.
These include lands within 10 miles of Chaco Culture National Historical Park (which contains Chaco Canyon, the heart of the Greater Chaco region) an area the Bureau of Land Management has promised not to sacrifice to the oil and gas industry.
With the Bureau of Land Management breaking its promises, it’s heartening that Senators Udall and Heinrich and Representative Lujan are stepping up. However, with President Trump and his Interior Secretary, Ryan Zinke, pulling out all the stops to open more public lands for fracking throughout the American West, it’s clear that a more forceful and condemning response is warranted.
That’s especially true for the Greater Chaco region, which is much larger than just the 10 miles immediately surrounding Chaco Culture National Historical Park and Chaco Canyon. 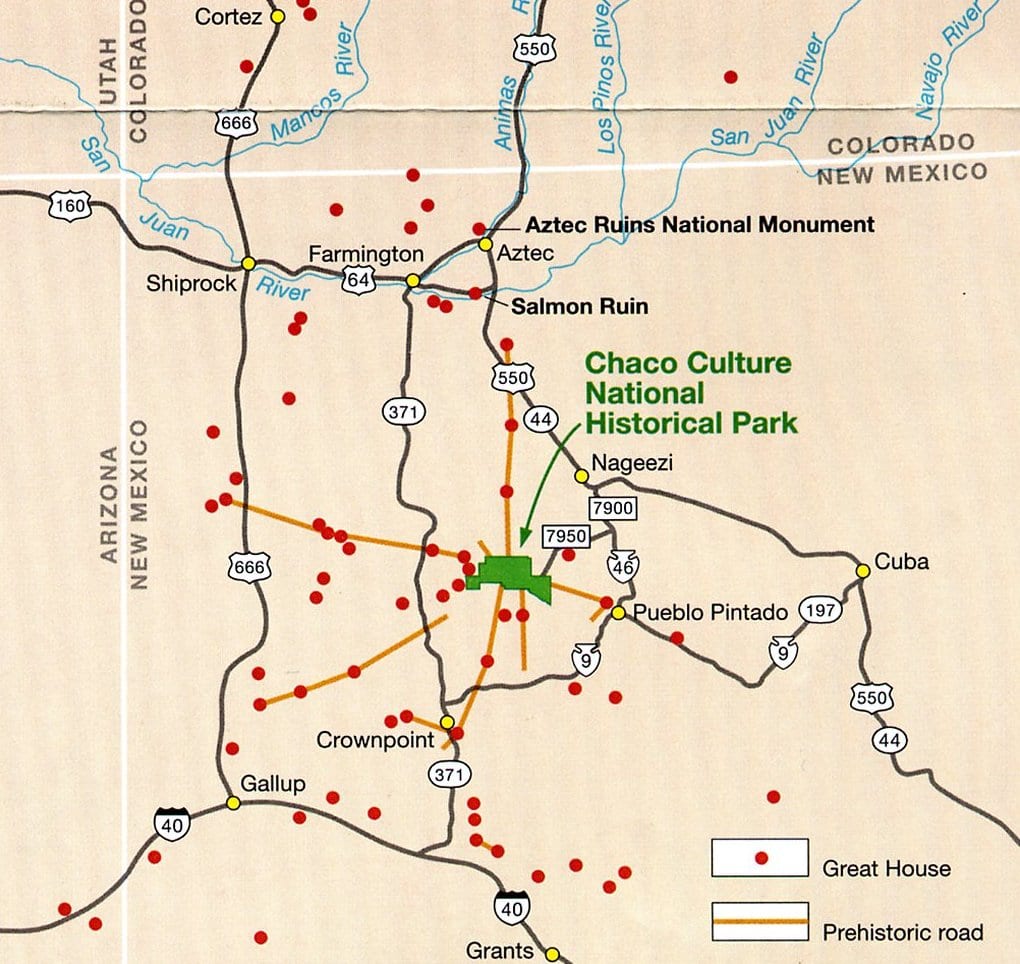 In fact, as the map above illustrates, the footprint of the Ancestral Puebloan in the Greater Chaco region–including their Great Houses, their roads, and their cultural influence–extend far beyond Chaco Canyon.
What’s more, even immediately around Chaco Canyon, the Bureau of Land Management has already been rubberstamping more fracking in lands that it already auctioned off to the oil and gas industry.
With more than 90% of the public lands in the Greater Chaco region already under control of oil and gas companies, it’s little consolation to protect only the 10 miles immediately surrounding Chaco Canyon.
That’s why WildEarth Guardians and others that are part of the Frack Off Chaco coalition, agrees with the Navajo Nation, the All Pueblo Council of Governors, and the National Congress of Native American Indians that the entire region needs to be protected from fracking.
As Trump, Zinke, and the Bureau of Land Management break their promises in Greater Chaco, it’s clear that in the face of the oil and gas industry’s demands, there is nothing sacred. If ever there was a time to speak out in defense of all of the Greater Chaco–not just the 10 miles around Chaco Canyon–now is the time.
That’s why Senators Udall and Heinrich and Representative Lujan need to keep hearing from all us who are working persistently and passionately to protect Greater Chaco from fossil fuels.
If you have a minute, give Senators Udall and Heinrich and Representative Lujan a call, send a letter over their websites, share a Facebook note, or even fire off a Twitter message. Definitely thank them for their leadership in speaking out, but urge them to step up to defend all of Greater Chaco from the threat of the fracking industry and President Trump’s pro-fossil fuel agenda, including cancelling the upcoming March 8 2018 Oil and Gas Lease Sale in New Mexico.
Tell Senators Udall and Heinrich and Representative Lujan to push back hard against more broken promises.  Here’s their info: 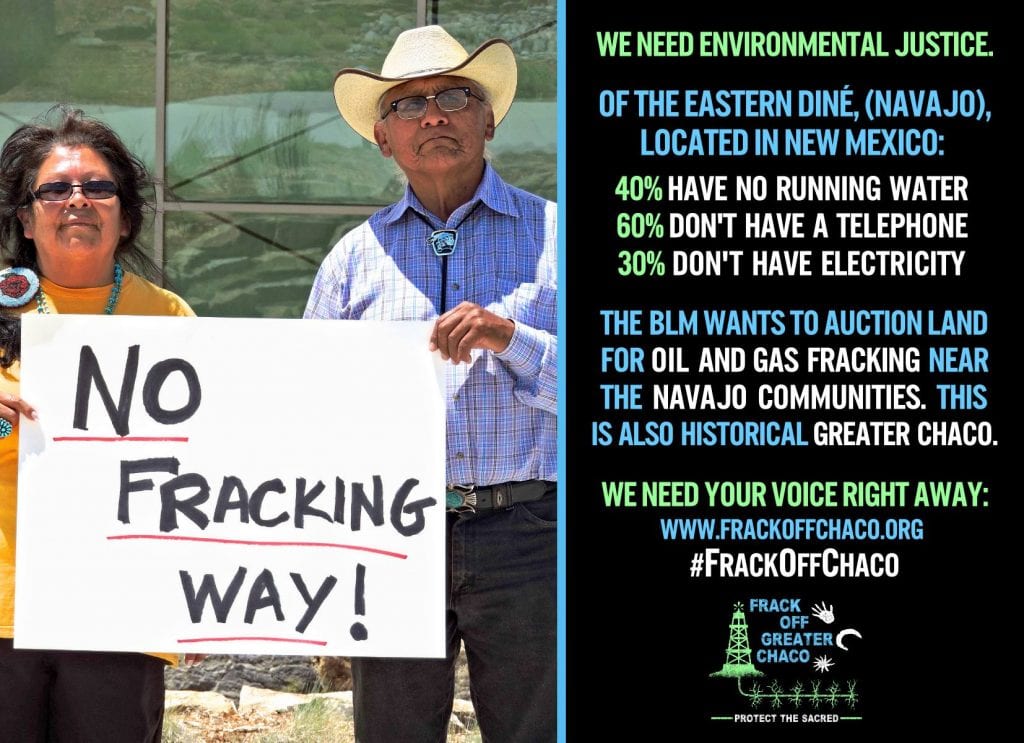