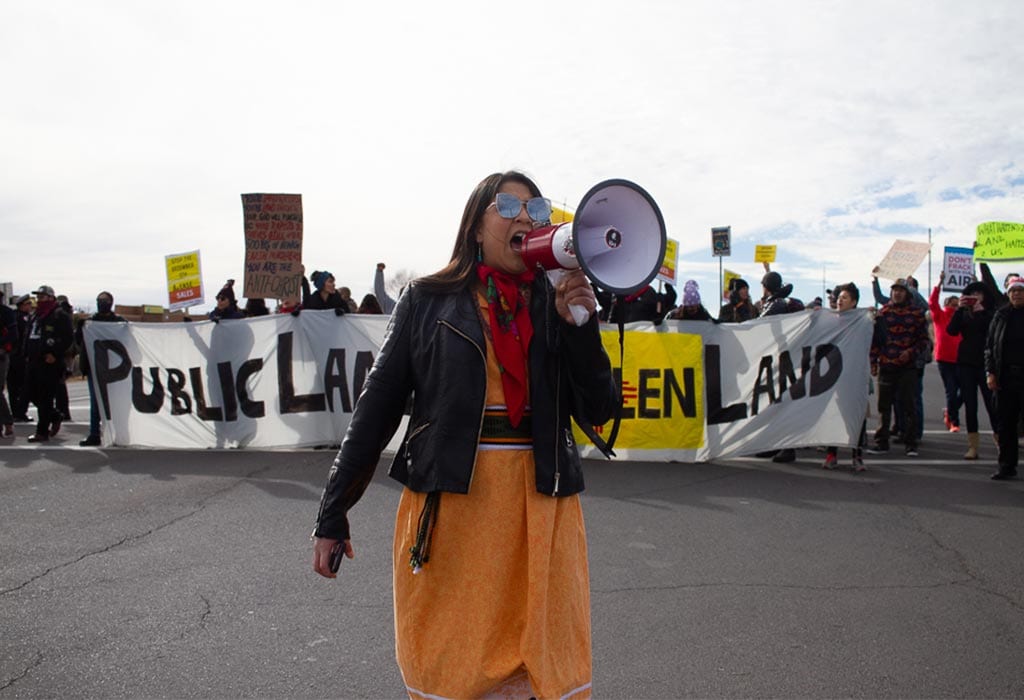 Not your sacrifice zone

More than 200 people—including Tribal leaders, environmental groups, and other clean air and water advocates—rallied in front of the Bureau of Land Management (BLM) state office in Santa Fe on December 5 to protest the online auction of more than 89,000 acres of public and ancestral tribal lands for fracking. The auction, which takes place December 5 and 6, includes more than 44,000 acres in the Greater Chaco region.

Despite receiving more than 10,000 comments protesting the leases—and despite Interior Secretary Zinke’s calls for more cultural consultation in the region back in March—the BLM is choosing to move forward with its plans to sacrifice every inch of public land for private profit. Yet, as today’s event shows, Greater Chaco advocates continue to rise up, show up, and demand justice.

“Maybe they think we’ll leave, but we’re not going anywhere. Public lands are ancestral lands and we are the land,” said Julia Bernal, co-director of Pueblo Action Alliance.