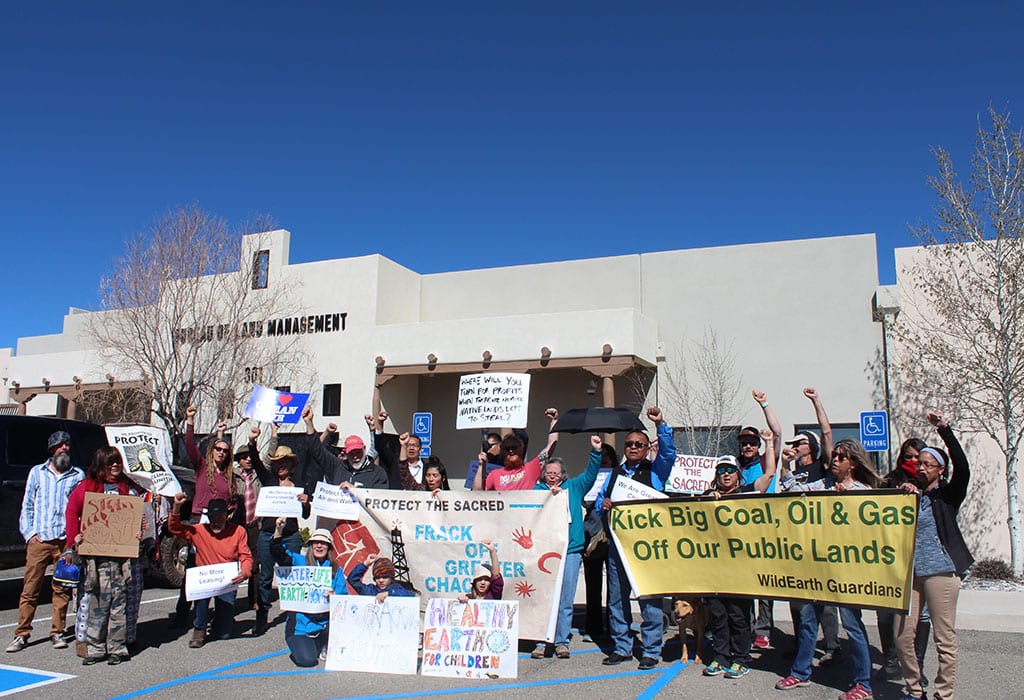 New Mexicans strike and sit in for Greater Chaco

Crowds gathered today for a climate strike in front of the Bureau of Land Management state office in Santa Fe. Their purpose: to protest the lease sale of 11,000 acres of public tribal and ancestral lands in the Greater Chaco and Greater Carlsbad regions. BLM is moving forward with the sale despite receiving more than 33,000 protest comments from tribal leaders, environmental groups, and members of the public.

The strike and sit-in highlighted Guardians’ recent court victory, in which a federal judge halted a lease sale in Wyoming after BLM failed to account for the climate consequences of selling public and ancestral tribal lands for fracking. “BLM chronically fails to analyze the total costs of its drilling program to climate change, culture, or community health,” said Guardians’ Senior Climate and Energy Campaigner, Rebecca Sobel.

“How many more of these lease sales will we have to protest and comment on?” said Navajo Nation Council Delegate Daniel Tso. “Pure water is more valuable than the oil and gas that is locked and tightly held by our Earth Mother. She’s saving the precious gift of life—water—for the generations of our people. The mega corporations cannot be allowed to sustain themselves at the cost of our future generations.”