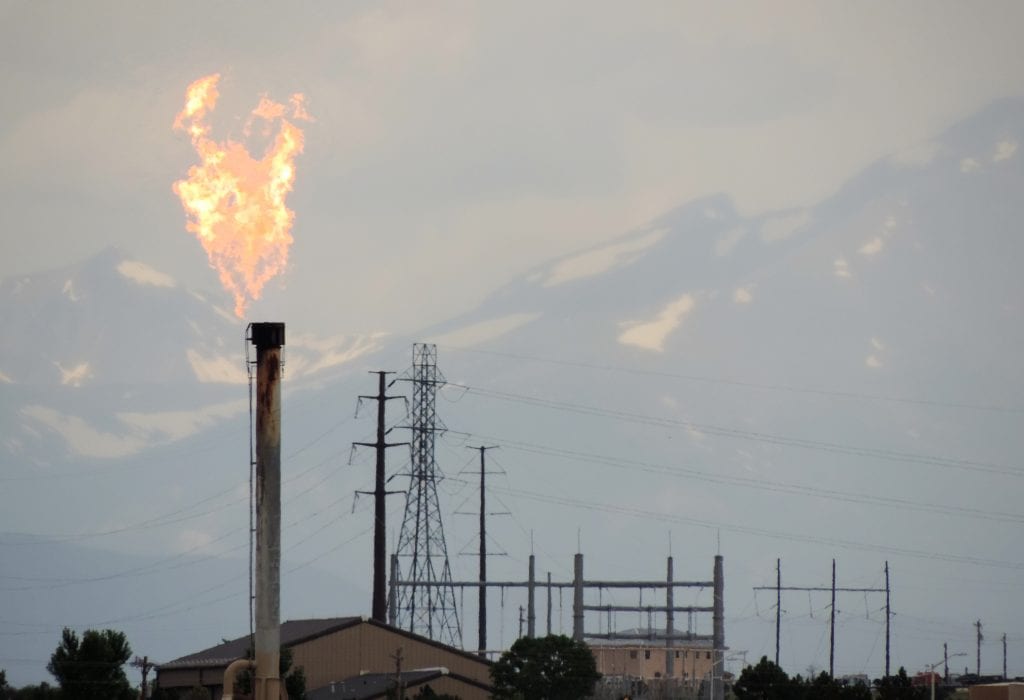 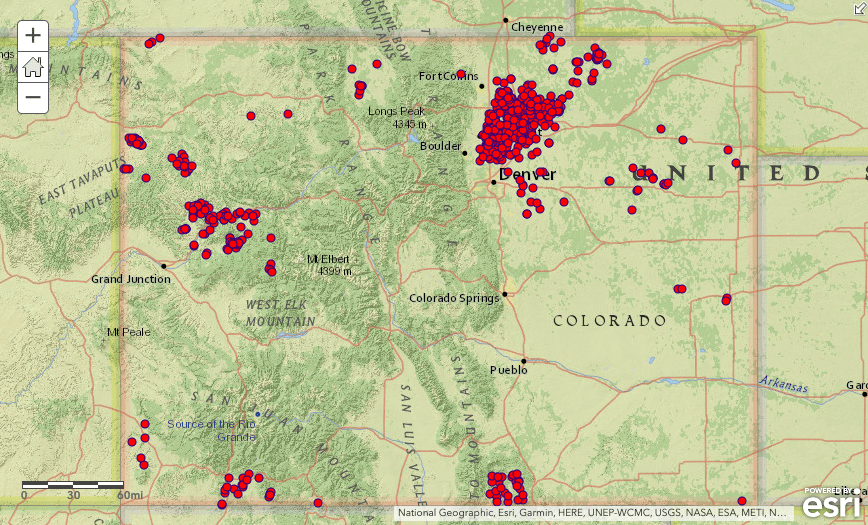 Location of oil and gas industry spills reported in Colorado in 2018.

Oil and gas spills continue to be the norm, not the exception in the State of Colorado.

This week we updated our series of maps documenting oil and gas industry spills in the state and highlighting the terrible toll the fracking industry continues to take on clean water, air, lands, and more.

Check out our story map series below and see for yourself how the oil and gas industry is endangering public health, safety, and the environment in Colorado on a daily basis. You can also click here to access a stand-alone version of the map series >>

The data, which is from the Colorado Oil and Gas Conservation Commission, paints a disturbing picture of the oil and gas industry’s impact to the state. Among other things, the data shows:

Although legislation was passed earlier in 2019 mandating that public health, safety, and the environment come first when it comes to oil and gas regulation, it’s clear that Colorado still has a long way to go to put people over fracking.

That’s why WildEarth Guardians, Colorado Rising, 350 Colorado, and others have called on Colorado Governor Jared Polis to call a time-out on new fracking in the state.

And that’s why calls for a time-out on fracking are mounting in Colorado. In fact, the public is increasingly vocal about the need for restraint when it comes to fracking in Colorado.

With another study confirming #Colorado’s health threatened by oil and gas, it’s clear we need to put brakes on new #fracking. @GovofCO @jaredpolis, we need a #TimeOut on new drilling! #PausethePermits, #ProtectHealth, #COForCleanAir

The justification for a time-out on new fracking in Colorado is growing stronger by the day.

In the past month, we’ve seen new studies confirming health risks from fracking, ongoing health and environmental impacts from fracking along Colorado’s Front Range, more evidence that oil and gas pipelines remain a major threat to public safety in Colorado, and more confirmation that the oil gas industry is eroding away clean air in Colorado on a near-daily basis.

It’s crazy that Governor Polis, the Oil and Gas Conservation Commission, and the Department of Public Health and Environment aren’t exercising more restraint when deciding whether to approve more fracking in the state.

Colorado’s health, safety, and environment continue to take a backseat to the oil and gas industry. We hope that changes soon.