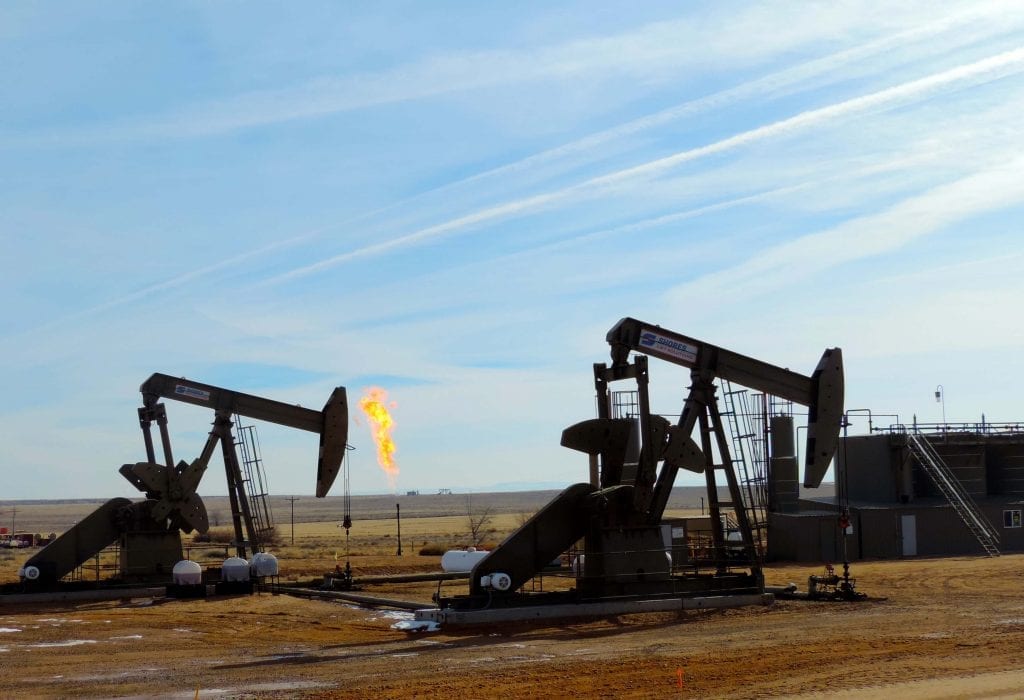 As we said before, this essentially proves our case. If the feds can’t ban drilling after oil and gas leases have been issued, then it means they can’t lease unless they’ve addressed the climate consequences of oil and gas development. This means the likelihood of success seems high. There’s been no ruling yet, but we’re cautiously optimistic. Stay tuned for more!

In 2016, WildEarth Guardians, Physicians for Social Responsibility, and the Western Environmental Law Center filed suit to overturn the U.S. Bureau of Land Management’s sale of more than 400,000 acres of public lands for fracking in Colorado, Utah, and Wyoming.

The lawsuit filed in federal court targeted head on the failure of the Bureau of Land Management and Interior Department to account for the climate impacts of selling public lands for fracking.

Not only does fracking release huge amounts of carbon and methane pollution at drilling sites, but the consumption of oil and gas also exacts a heavy toll on the climate.

The stakes in this lawsuit are high. If successful, we could completely block the Trump Administration’s plans to auction off more public lands for fracking.  What’s more, it could secure an unprecedented level of climate accountability, even amid  unprecedented politically motivated climate denial.

After a lot of back and forth and some intensive legal research, we finally fully briefed the case earlier this year and have been awaiting a ruling since.

Last week, we received an order from the court directing us to file a short, supplemental brief on a critical question in the case. That question is, does the Bureau of Land Management have the authority to deny drilling on public lands, even where they’ve already been sold for fracking?

It is hereby ORDERED that Plaintiffs shall file a supplemental brief, on or before November 5, 2018, regarding whether, after the leasing stage, BLM may institute a blanket ban on drilling across the leases at issue here, based on policy considerations.

While it wasn’t a final ruling on the case, this latest order and the question posed by the court is a positive development.

Because we win whatever the answer is.

The U.S. Bureau of Land Management consistently denies that it has the authority to institute a “blanket ban” on drilling after public lands are sold for fracking. If they change their position and accept that they can ban drilling at this scale, then that is a game changer.

It would open the door for WildEarth Guardians and others to block drilling and fracking at an unprecedented scale.  For years, the Bureau of Land Management has told us they don’t have the “right” to block drilling. If that changes, rest assured we will use it to aggressively defend the climate and our public lands.

However, if the Bureau of Land Management sticks to its position that it can’t institute a “blanket ban” on drilling, then it essentially proves our case.

If the agency concedes that it can’t restrict drilling after selling lands, then our case is confirmed.

Either the Administration will confirm it can block drilling after selling lands for fracking or it will deny that it has such authority.

Either way, we win.