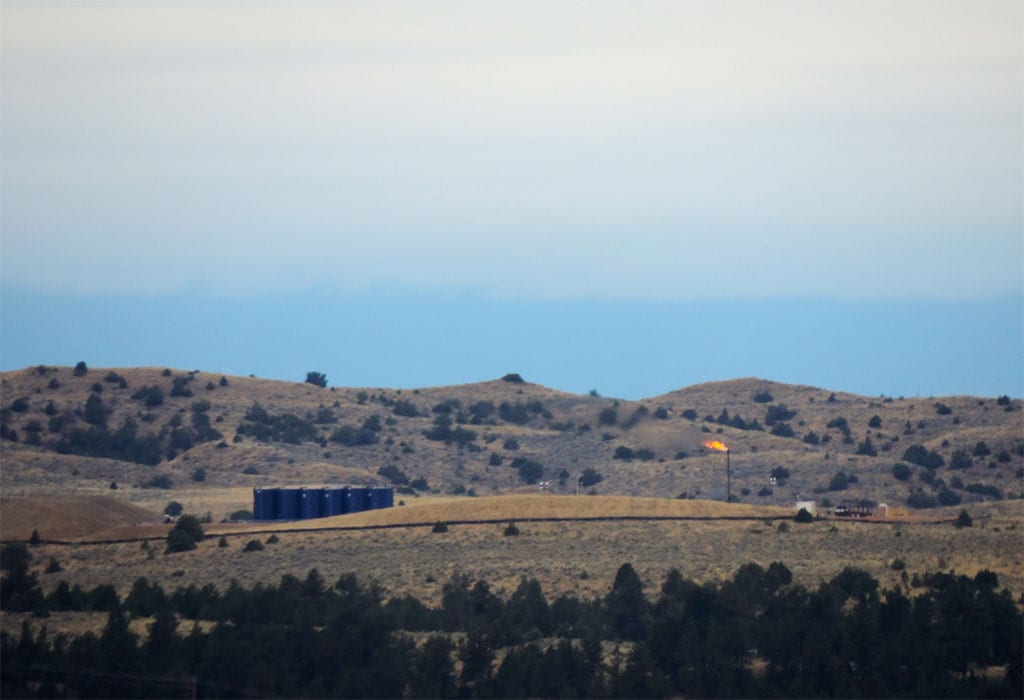 In southeastern Montana’s Tongue River Valley, the Bureau of Land Management approved two permits to drill and frack for oil despite failing to analyze the environmental impacts of this fracking. Thankfully, Guardians was on the lookout and challenged these plans. In an order issued on January 28, the Interior Board of Appeals set aside the BLM’s approval of the permits.

The oil and gas industry has been exploring industrial-scale fracking in the Tongue River Valley, a mostly untouched area on the edge of the Great Plains, since 2016, when Alta Vista Oil quietly applied for an exploratory well. Guardians discovered a large flare from this well in 2017, and after investigating the issue, discovered plans for four more wells. The race to protect the Tongue River Valley was on.

“Allowing fracking would completely transform” the Tongue River Valley and “threaten our climate, clean air, and clean water. The Bureau of Land Management wanted to ignore this reality, but thankfully we caught them before it was too late,” said Guardians’ Becca Fischer.